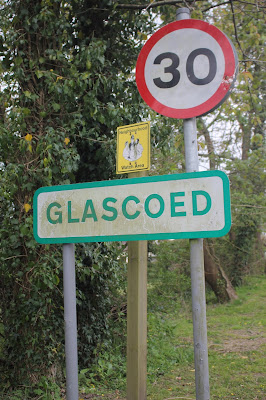 Its been a few years since I visited St Michael's churchyard at Glascoed. This is the only location I know for early purple orchid. On arrival it was clear that no management had taken place for a while as the grass was rank and tussocky but there was still a liberal scattering of cowslip. Thankfully the early purple orchid were still present but not in profusion - there were just about a dozen in flower.

Out from the churchyard I took a walk around Glascoed village looking for plants in the road verge and hedgebank. Cowslips were growing in every scrap of uncut grass verge along with some nice examples of false oxlip. Around a bend in the road was a high bank at the foot of a large garden. Here there was a large stand of white comfrey. Had it escaped from a cottage garden or had it arrived by other means? Either way there are few naturalized records for this plant from the vice county. Further on a large badger sett could be seen at the interface between field boundary and road.

Later I took a drive down Cwm hir lane near to New Inn. This is a rural dead end lane with nicely managed hedgerows with footpath links through arable fields. At the base of the roadside hedges where a characteristic community of flowering plants including bugle and red dead nettle along with a patch of greater celandine. 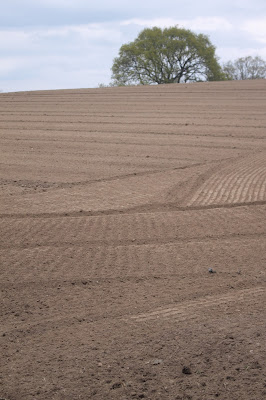 Posted by Valley Naturalist at 19:46