One in a million (well a hundred at least!) 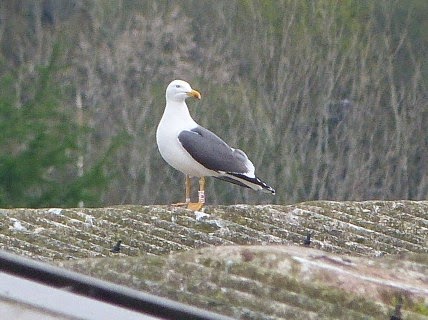 It took a good ten minutes scruntinising the many noisy fornicating gulls in Brynmawr before I was able to find this single colour ringed lesser black back. I'll need to do a bit of forensic work on the image before I can confirm the number but first impressions suggest its one of Peter Rock's Bristol birds. Interestingly the herring gulls appear to be well into nesting with many sitting on eggs but the LBB gulls have only just started.

Posted by Valley Naturalist at 20:47 No comments: 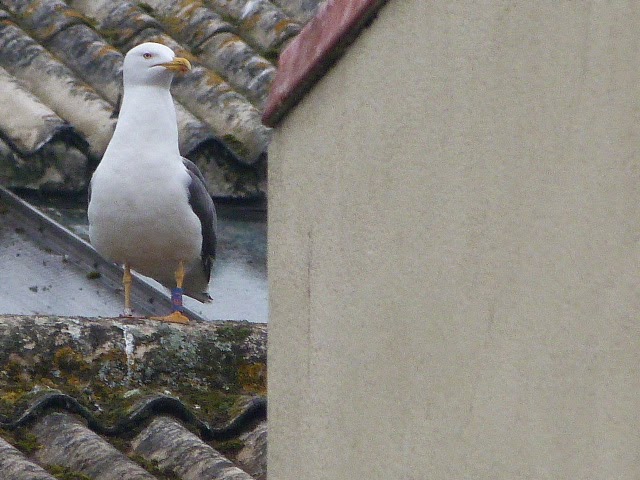 Richard Clarke's fine study of the breeding gulls in Gwent published in the 2007 Gwent Bird Report traces the extent these birds have colonised the urban heartlands of Newport and the valleys. A quiet late Sunday afternoon around the industrial estates and retail parks of the grey infrastructure was enough to convince any doubter of their adaptability and dominance of asbestos and asphalt.

Uskside buildings is a well known site for rooftop breeding Larus of both fuscus and argentatus. Birds called, preened, launched themselves into short wheeling flights and collected rooftop vegetation, while others sat on an early brood. One bird with a colour ring (Blue JE3?) drifted in and out of vision behind a building - its origin of marking likely to be a Gloucester landfill site. Elsewhere an opportunist argentatus pillaged a retail park bin of its KFC packaging finding sustenance in a few discarded barbecue sauce covered chips. 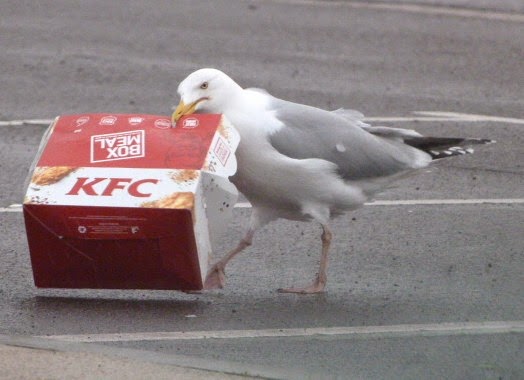 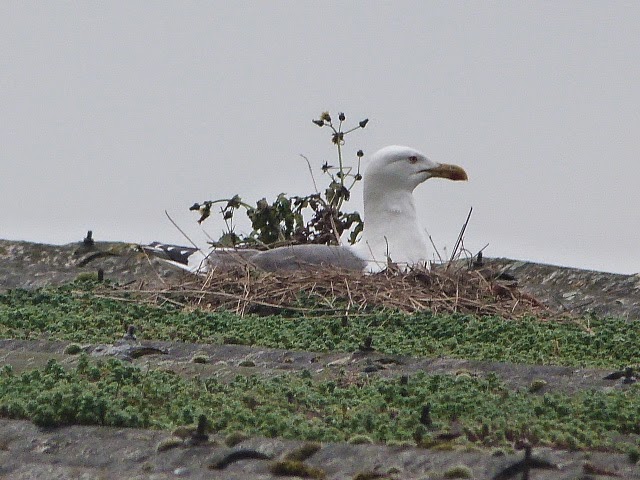 Posted by Valley Naturalist at 20:37 No comments: 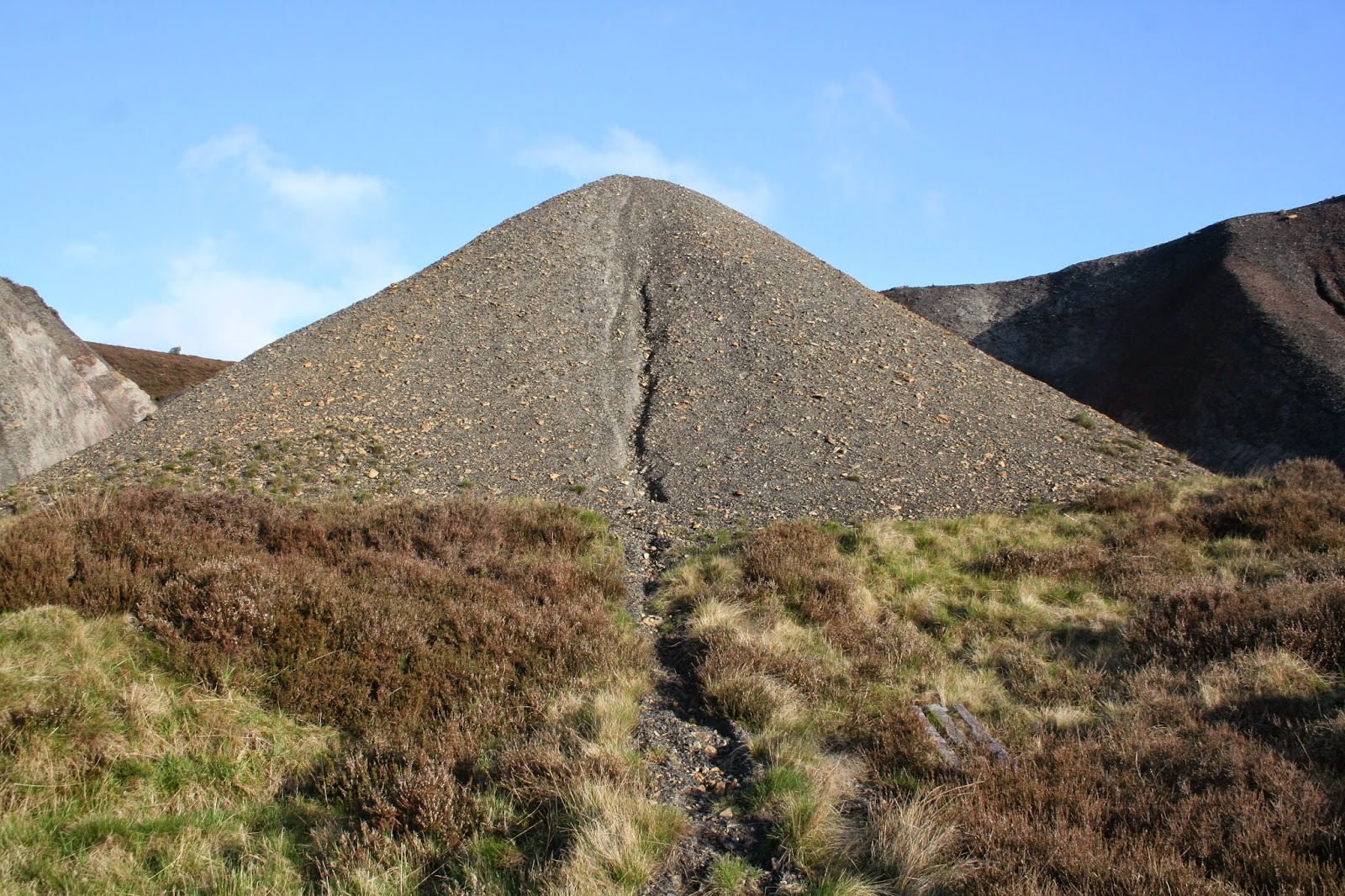 Love them or hate them coal spoil tips polarise opinion. Icons of working class toil and natural resource exploitation, those tips that escaped the influences of gravel voiced civil engineers are now sites of ecological value and a resource for students of the discipline. Nonetheless coal recovery is still big business and the grubby hands of specialist companies continue to submit planning applications for open cast mining clothed in a cloak of patronising respectability as if a favour is being done for valley communities by removing 'eyesores'. The truth is left alone the actions of vegetational succession will soften the perception of harshness creating an open mosaic habitat that contributes to nature conservation and is faithful to its social history. Why should it be any other way? 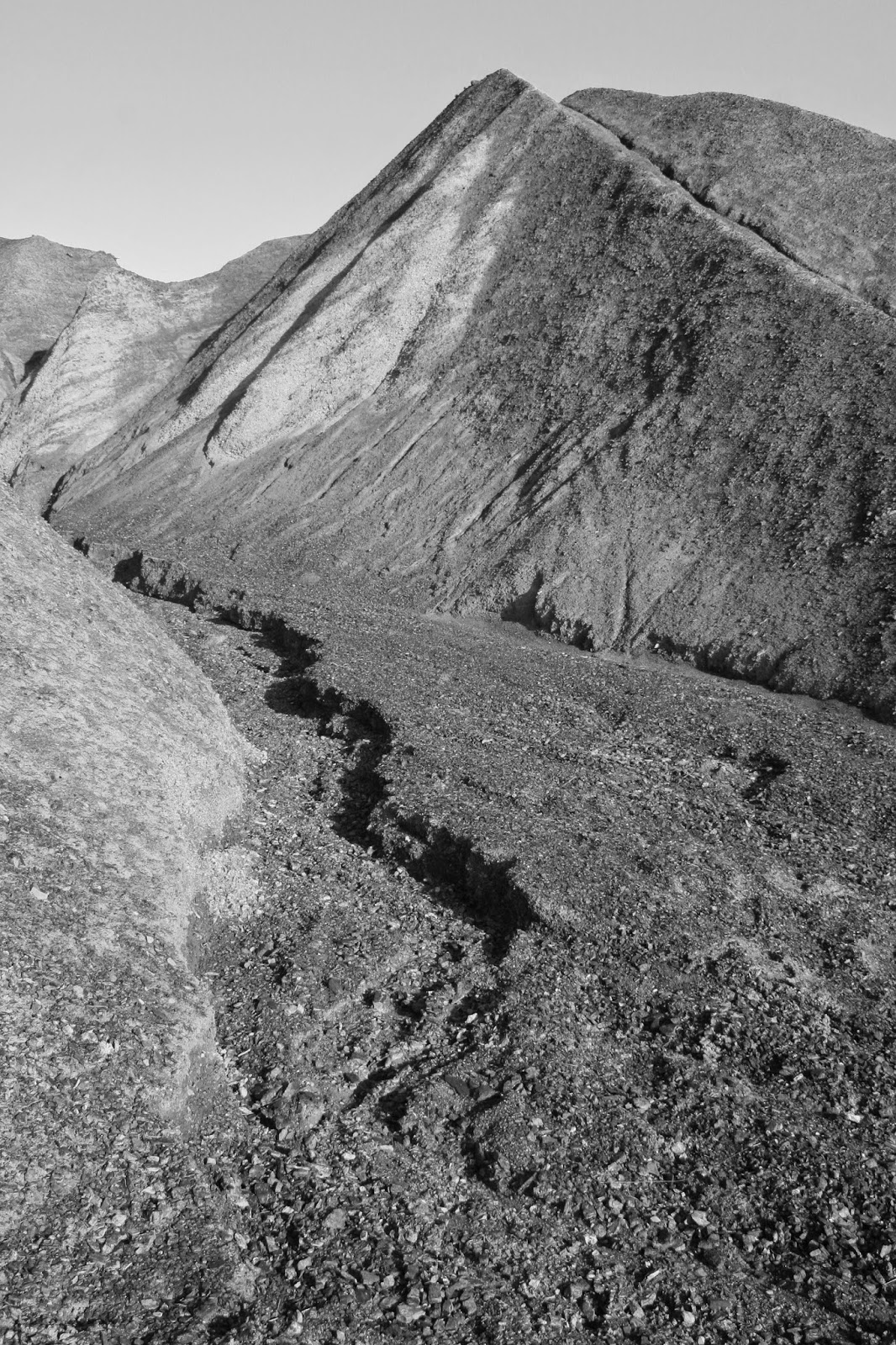 One of the areas under threat of the public service 'big hole land reclamation' technique is the Varteg - or should it be Farteg? Here the tips remain a blend of various shades of grey, where the angle of repose is hostile to germination and water cuts the surface like the furrowed brow of a concerned local resident. These tips are a delight to scramble around. Bare solar heat absorbing shale sits cheek by jowl with dwarf shrub heath and marshy grassland, where the common lizard basks in the sunshine like a holiday maker on the beach in Benedorm before scurrying for cover at the first sight of a lumbering inquisitive naturalist. 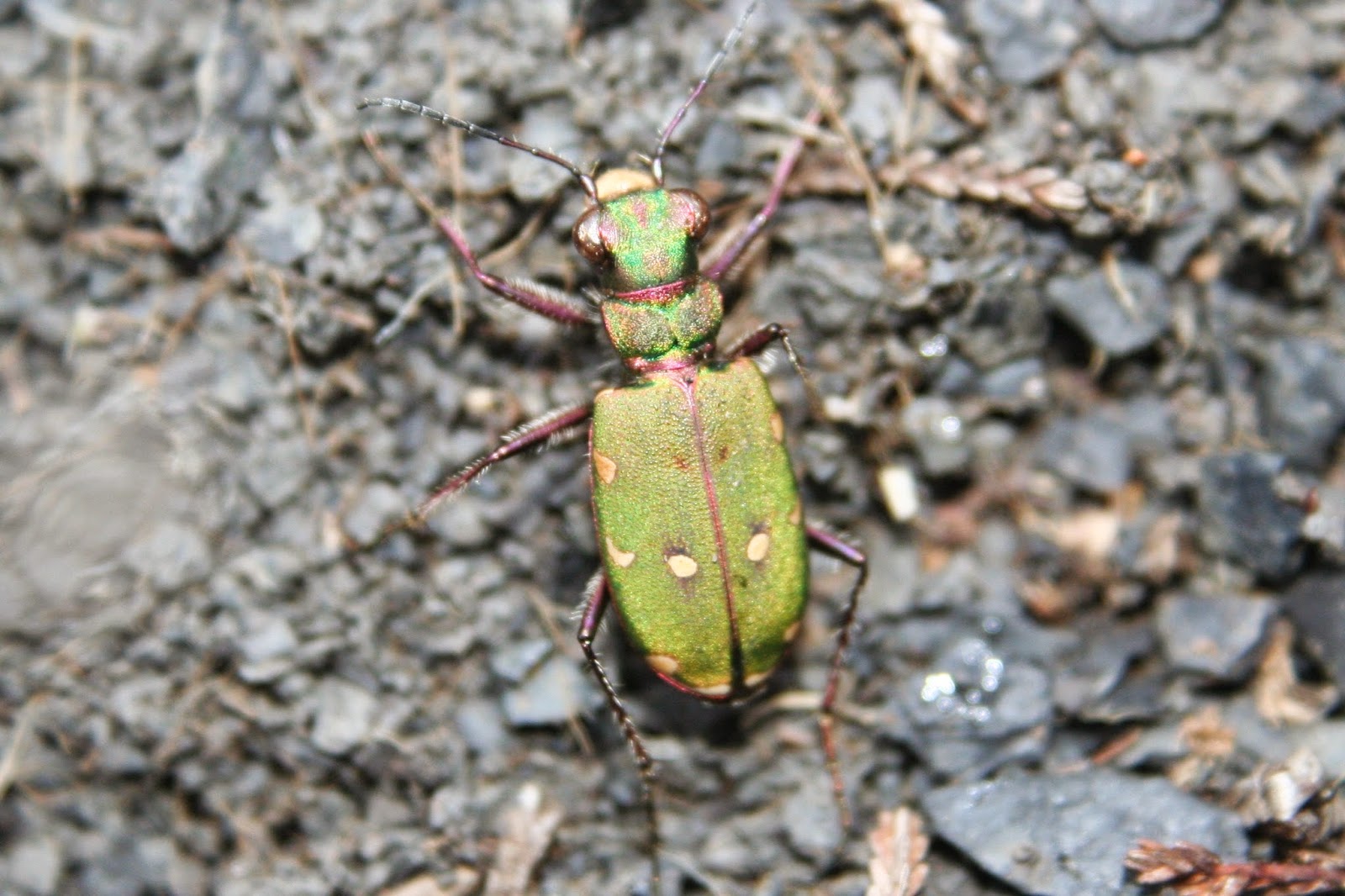 I write this post after a morning pottering around this peri-urban environment. Here a cuckoo called and a couple of wheatear were in chase me mode. From the nearby ffridd skylark provided the background mood music, linnet skipped from gorse bush to gorse bush and a snipe was heard from the seclusion of some reed dominated marshy grassland. A green tiger beetle struggled to generate any speed across the spoil due to a keen chilly wind. 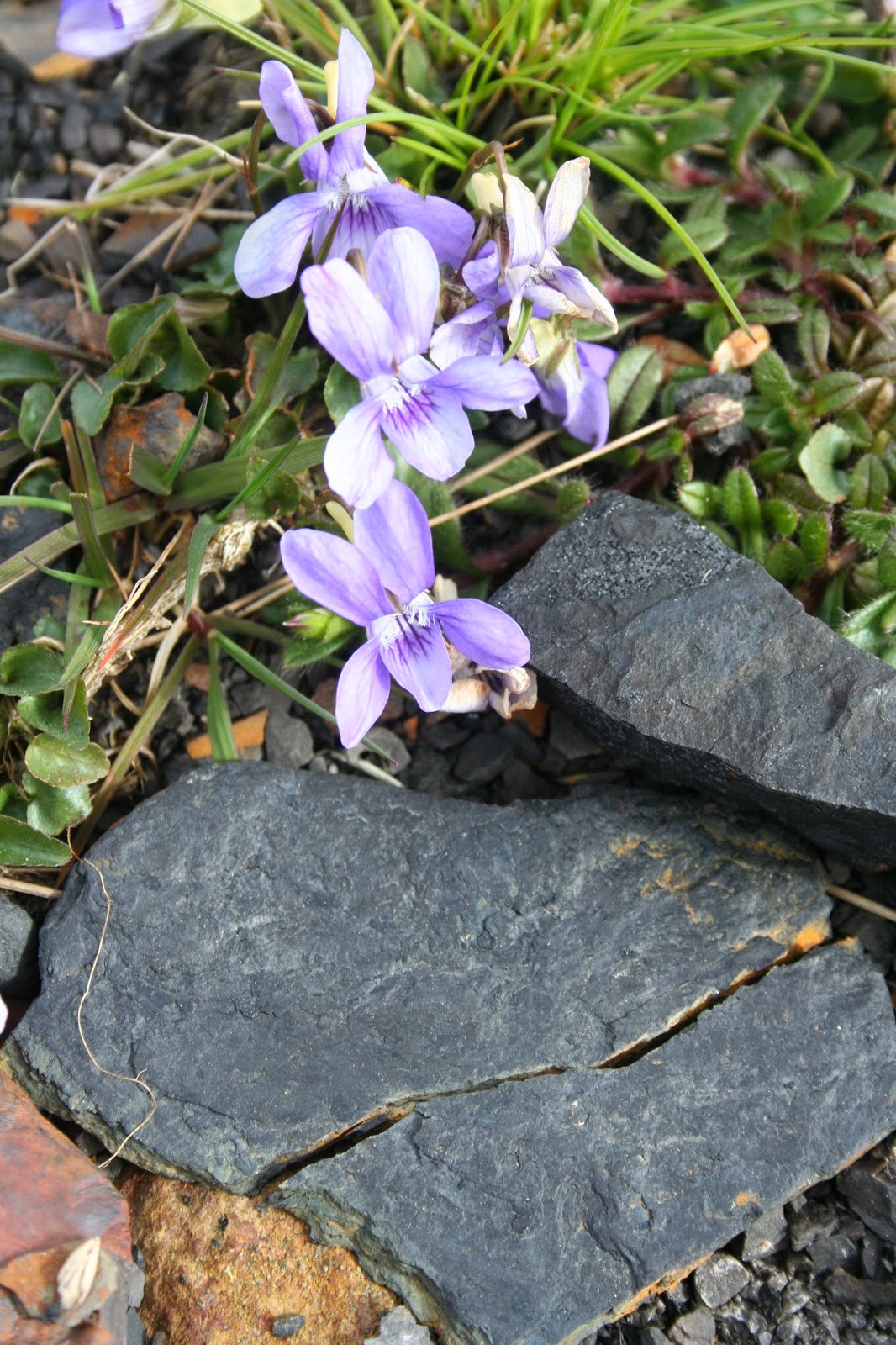 Posted by Valley Naturalist at 09:18 No comments:

A call of nature 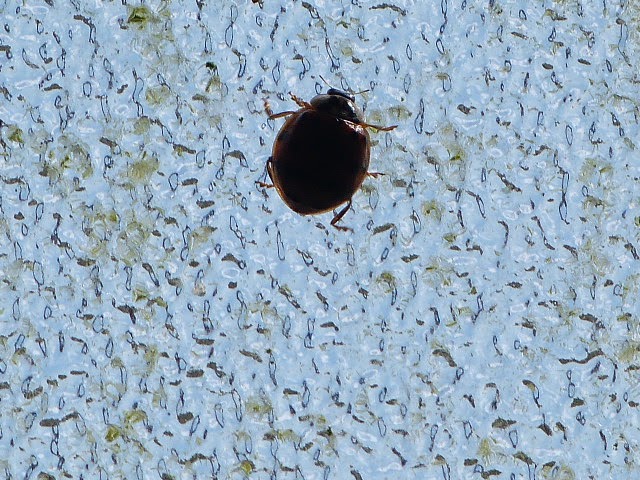 No sign of the Llandegfedd Reservoir osprey (s) so no need to worry about flushing - although if I disguise myself as a farmer collecting sheep I should get away with it. A harlequin ladybird was active on the frosted window of the anglers welfare facility. Following the recent EU assessment of invasive non-native species we should all be equipped with toffee hammers to deal with these little monsters on sight! Five species of butterfly were on the wing including comma, brimstone and orange tip. Good numbers of common ground beetles on the muddy bare ground and the first orthoptera of the year in the form of a couple of slender ground hopper.
Posted by Valley Naturalist at 06:25 No comments: 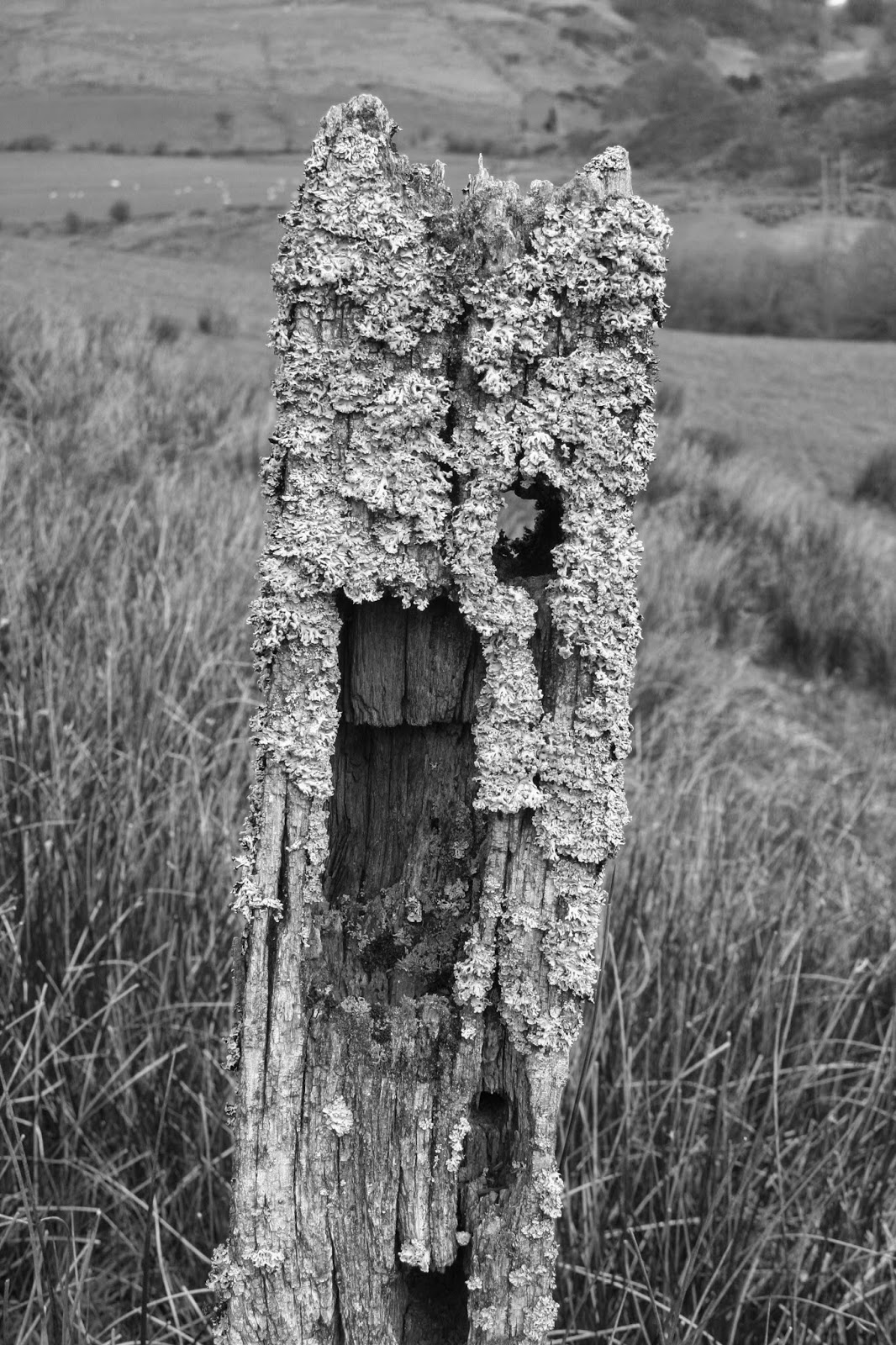 An early morning visit to The British was greeted by a keen wind and some fresh fly tipping of plaster, broken bathroom tiles and plastic water pipes. Despite the leaden sky both willow warbler and chiffchaff were in fine voice. A couple of stock dove took flight from the now decaying stonework of the dewatered Big Pond dam wall. Another two tree pipit sang from the bracken covered slopes and to my surprise a pair of calling Canada geese appeared in flight from over the hillside heading eastwards. 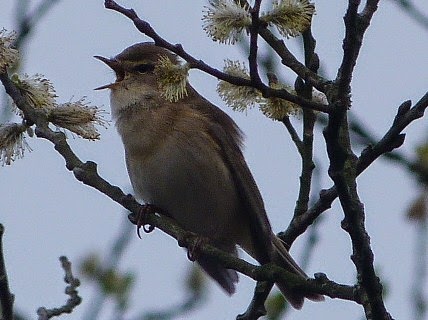 Posted by Valley Naturalist at 17:04 No comments: 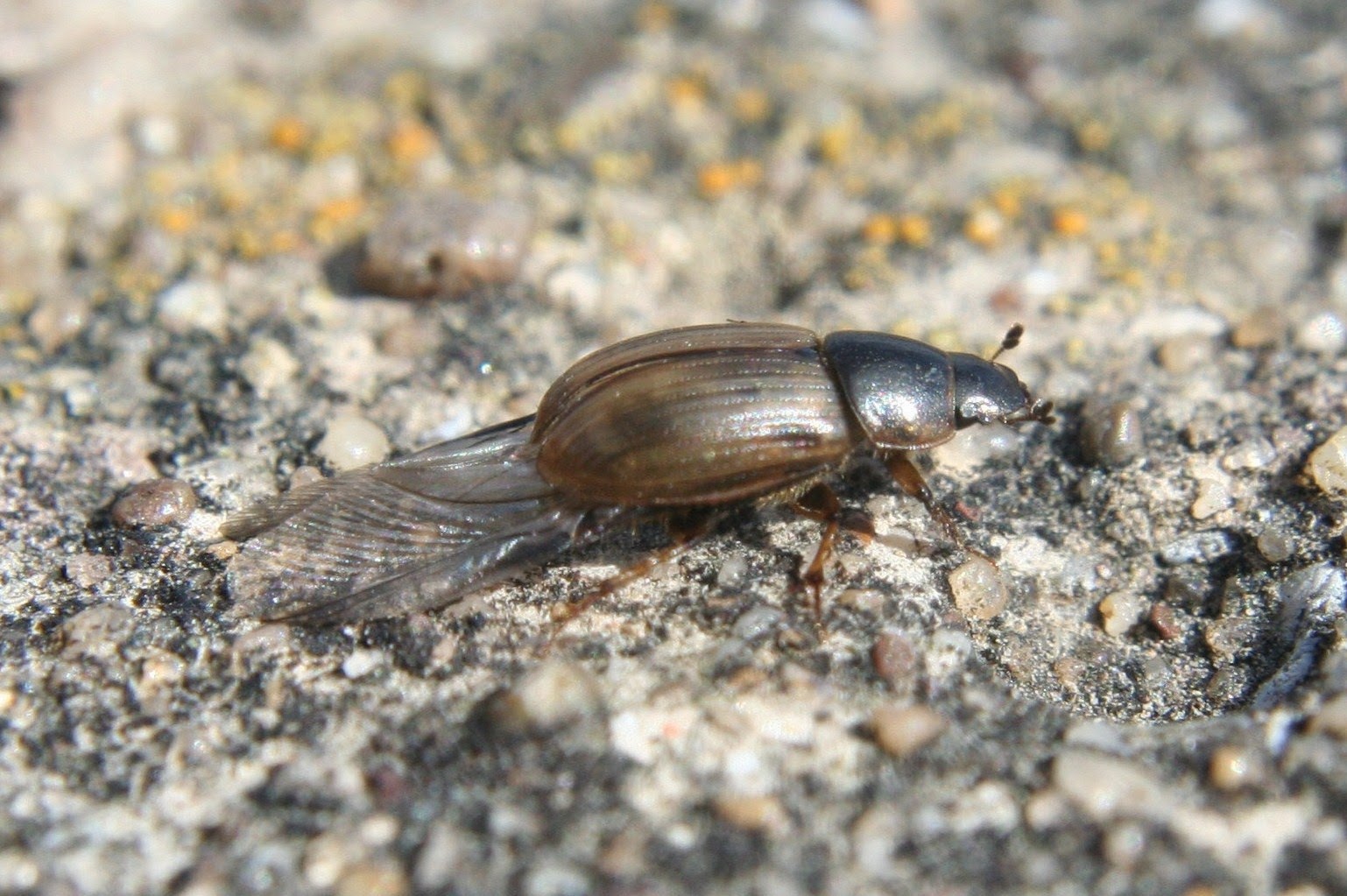 I've gone big on reminiscing lately. I suppose its something to do with my advancing years. Now I played a little compedivive cricket in my younger years, opening bat and a mean first slip to boot. Thankfully these sporting skills came in handy when on my lunchtime break visit to the dam at Llandegfedd Reservoir. When squinting to make out the latest pole dancing osprey something closer came in view. This in flight dung beetle Aphodius foetidus appeared and without a second thought I successfully pouched the labouring invert placing it on the dam wall for a root and branch examination.

Other stuff from the dam included the aforementioned osprey, a swallow, in song blackcap, willow warbler and chiffchaff.
Posted by Valley Naturalist at 06:57 1 comment:

From Rumney to Riverfront 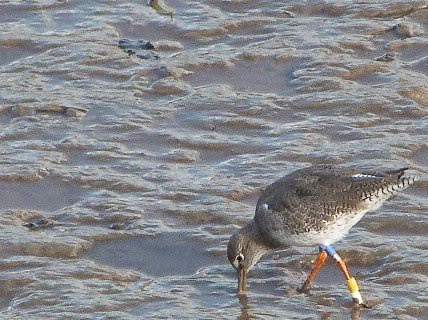 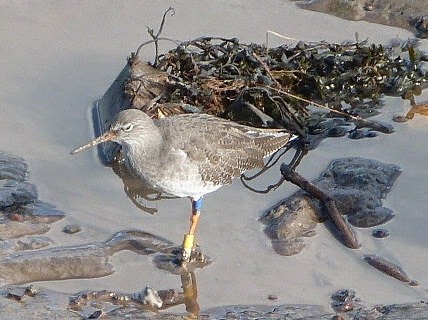 18 months after first reporting this colour ringed redshank to the BTO I've finally got a response, but it took another attempt via the Dublin Bay blog to get an answer. My thanks to Niall Burton for the information. Seems its not moved far as the bird was ringed at Rumney Great Wharf, Cardiff  as a first winter bird on 22 November 2010. At last this one is resolved.
Posted by Valley Naturalist at 19:01 No comments: