Back for the winter 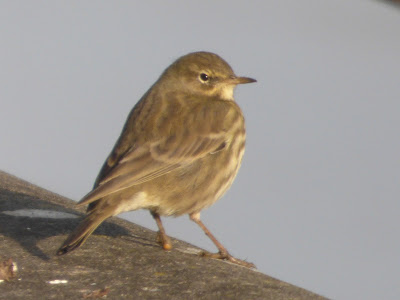 Having been immersed in my own little citizen science project of ring reading for a few years now, I'm starting to record birds more than once and over successive years. The last posting is a case in point. Black-headed gull colour ringed white REY was first noted last winter (year) and has returned for another spell eking out a living among the highly productive mud of the River Usk.

This intertidal substrate is also an attractant to the now familiar multi ringed Redshank that's back on its patch at Riverfront, Newport, for at least the fourth year. Away from the colour ringed birds an adult Black-headed gull carrying just the bog standard aluminium ring proved a challenge to photograph at Tredegar House Lake last Sunday 25 October. A Dutch inscription with number 3728.630 rang a bell. And so it was, this bird was noted from the same location on 10 November 2013. 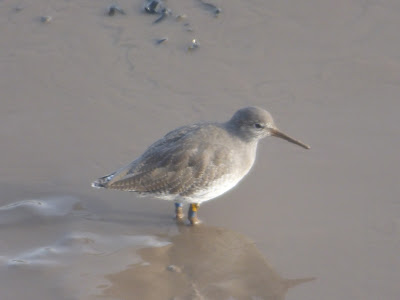 Away from the ringed birds a very confiding one footed Rock Pipit was very much at home on the concrete walkway/cycleway in front of the Riverfront Theatre. Dropping down to the muddy margins of the River Usk when disturbed by a cyclist or jogger it was more than happy to return to hopping around when the relevant fitness fanatic was a safe distance away. 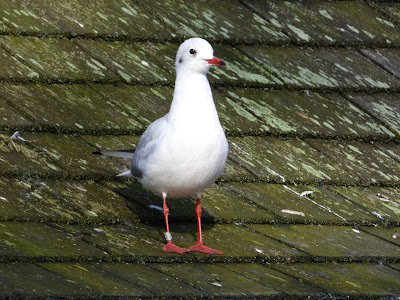 Posted by Valley Naturalist at 09:37 No comments:

A weekend of firsts 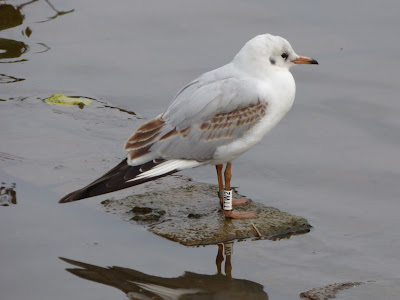 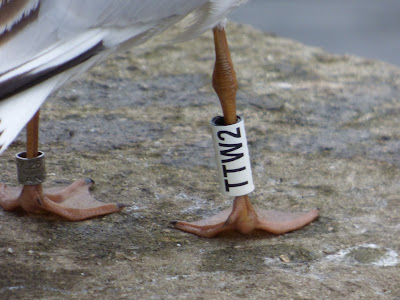 Last weekend was good for firsts. A very obliging first year colour ringed black-headed gull at Tredegar House Lake was the first bird I've recorded from Poland, A short video is the first on the new Valley Naturalist You Tube channel.

Earlier white REY on the railings near to the Riverfront Theatre, Newport rang a bell. This Danish ringed bird was first recorded from the same location in November 2013 (see blog post). 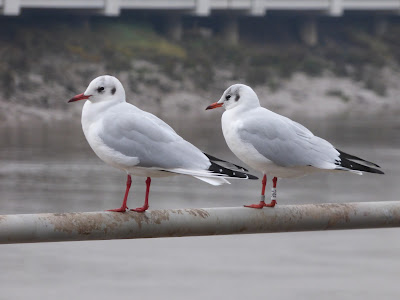 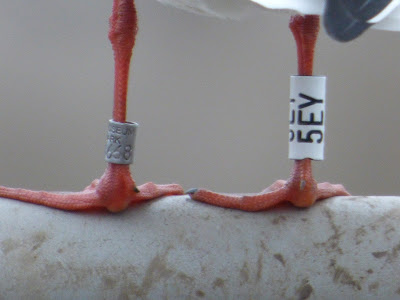 Posted by Valley Naturalist at 18:35 No comments: 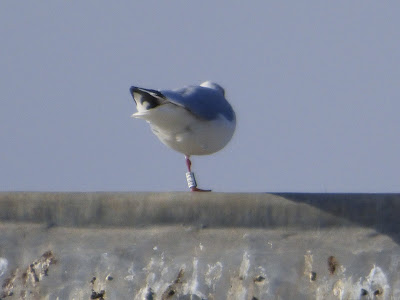 I've heard back from the BTO regarding the colour ringed black headed gull photographed on top of Tredegar House in Newport on 24 September this year.


As suspected the bird marked white 2P34 was ringed as a nestling at Cotswold Water Park on 20 June 2010.
Posted by Valley Naturalist at 06:59 No comments: