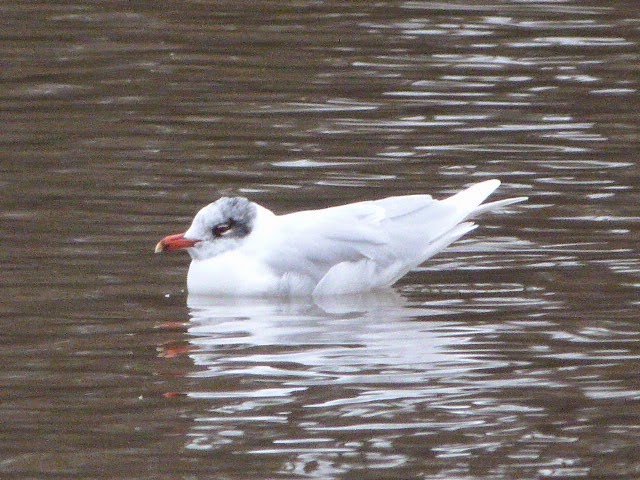 Now don't get excited today's five gull haul from Tredegar House Lake comprised of 75 black headed gull, and singles of common, herring and lesser black-backed gull. The only larus gem was a single Mediterranean gull. Otherwise there were a couple of cormorant around 10 tufted duck and the usually assortment of common wildfowl including a rooftop moorhen. 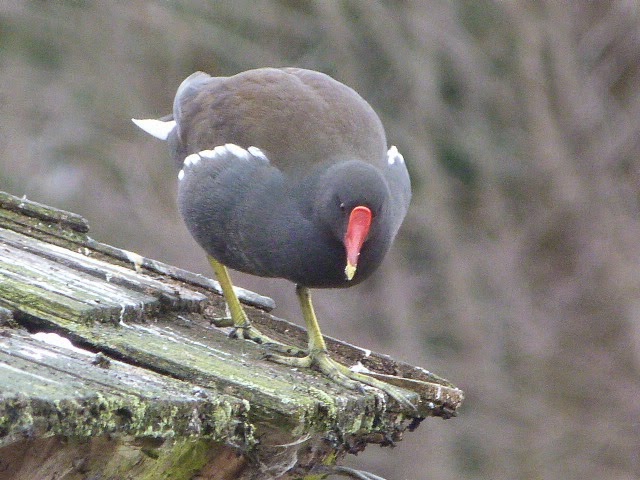 Posted by Valley Naturalist at 19:59 No comments: 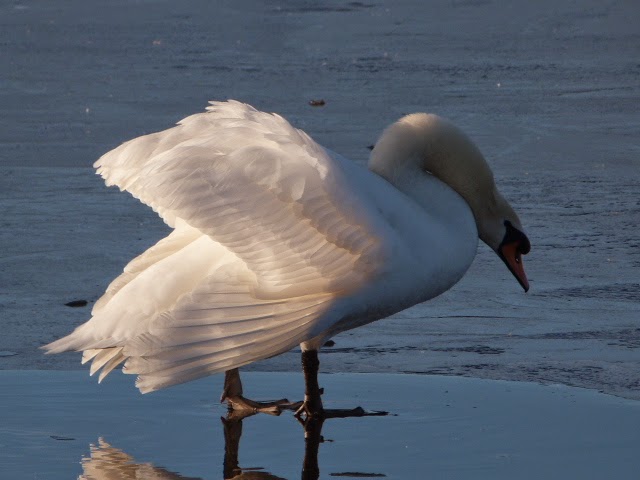 This weekend the lakes around Brynmawr were 90% frozen with resident wildfowl restricted to small areas of open water. This made for easy viewing.

The roof top gull breeding site opposite ASDA was well populated with herring gull with a smattering of lesser black-back's. Notable was the return of a pair of great black-backed gulls. These birds have bred at the site for the last two years and are back taking up a position on the roof which is exactly the same as previous years. 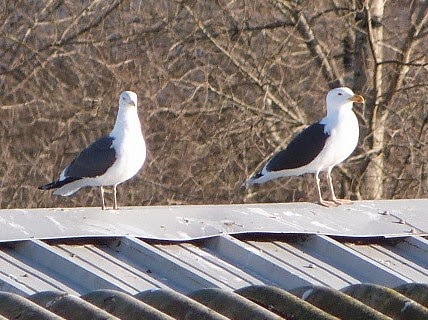 Dunlop Semtex Pond has been substantially de-watered thereby reducing wildfowl numbers. The resident pair of mute swan were both ringed birds the male being the colour ringed individual that originates from mid Wales. 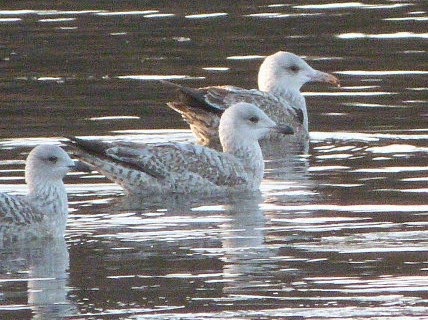 At Beaufort Pond there was a pleasing count of 38 wigeon and the small population of mainly immature gulls included a 1st winter (2CY) herring gull with an extra long bill.
Posted by Valley Naturalist at 19:58 No comments:

Few and far between 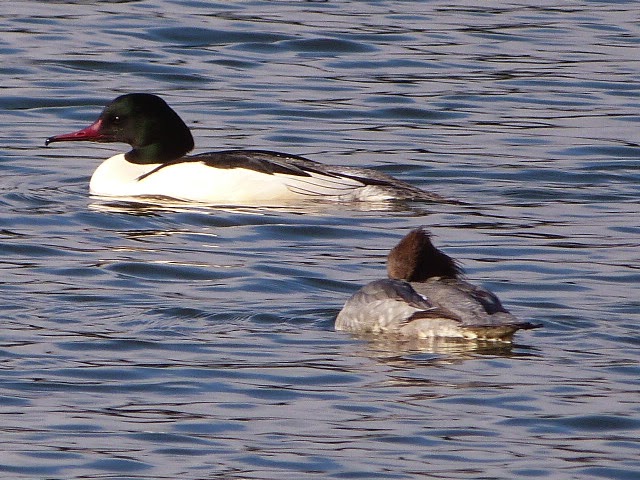 My efforts at ring reading, mainly gulls, this winter have been poor. At the main sites its only Tredegar House Lake that's turned in anything worth pursuing. A single black headed gull carrying a Dutch ring has been around for a couple of months or so now. It is hoped things will improve as birds drift back eastwards for the breeding season.

Last week at Cwmbran Boating Lake, the black swan was still around but by yesterday it had left. A very confiding water rail was only seen on a single day and up to four goosander were constant. At Tredegar House Lake there were a maximum of 11 little grebe and 18 tufted duck. Gull numbers were over a hundred on all recent visits. Botanically marsh marigold was in full flower. 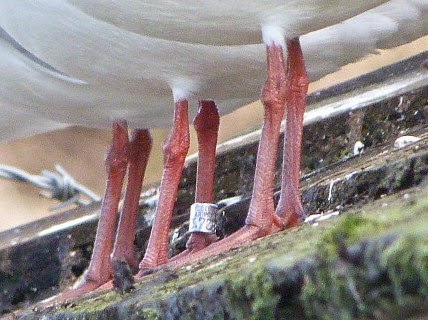 Posted by Valley Naturalist at 07:15 No comments: