To the hum of a chainsaw 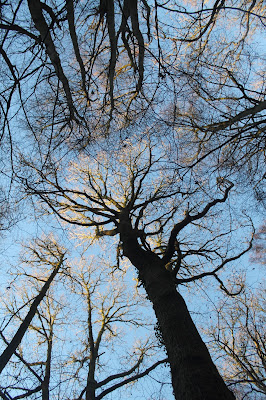 It was only a hour out but my stroll through the ancient woodland part of the Lasgarn Wood and onto the NRW clear fell was greeted by the hum of a chainsaw. From a distance some bloke was cutting up a windblown oak, probably for firewood - technically theft I suppose. Here too, two in flight crossbill called loudly. Back through the woodland some replanting appeared to be less then random. A lemon slug was grazing on the fallen branch of a mature beech and a search of the many hart's tongue fern produced only two leaf mines of the fly Chromatomyia scolopendri. 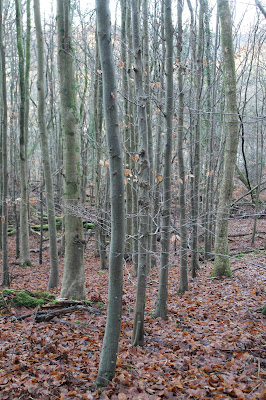 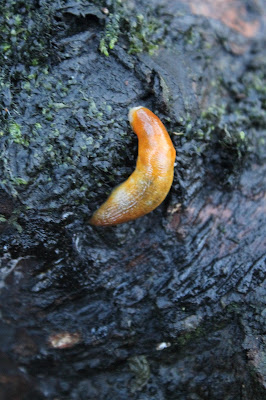 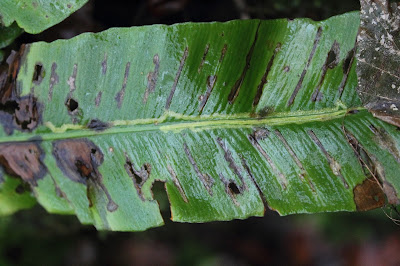 Posted by Valley Naturalist at 10:14 2 comments: 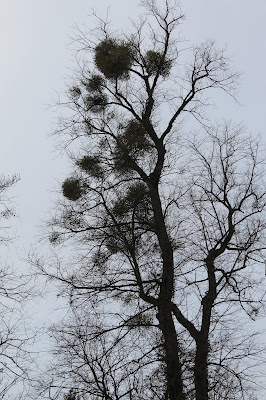 The hybrid black poplars that line the banks of the Afon Lwyd through Pontypool Park support an every increasing population of mistletoe. I've seen the 'clumps' increase steadily over recent years. Some were also growing on two small ornamental type hawthorn trees close to the hallowed turf of the rugby pitch, but alas these small clumps have now been pilfered. No doubt hanging over the doorway of some local hoping to get lucky this winter festival.

The recent snow has removed some branches on the veteran sweet chestnut trees that are an iconic feature of this historic parkland environment. I fear for their future as I have little confidence in the willingness of park decision makers to retain in-situ for as long as possible these deadwood sentinels. 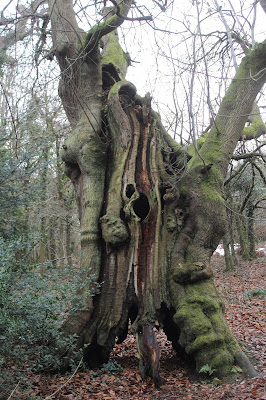 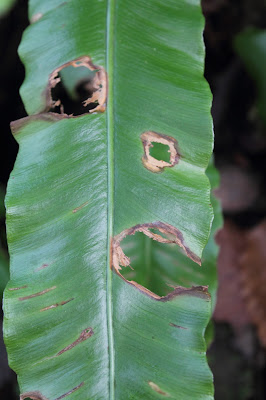 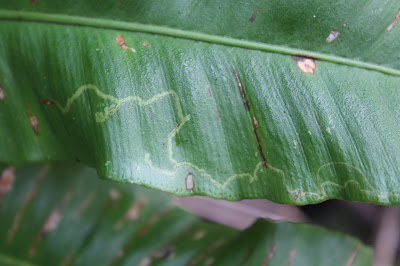 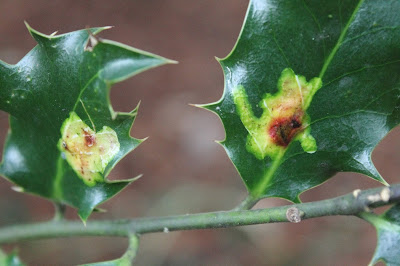 The hart's tongue fern that is plentiful in the park under the shade of the wooded canopy looks moth eaten, not by moths of course, but by the actions of fly larvae. I suggest the holes in the upper photo are the creation of the fly Psychoides filicivora and is damage regularly encountered on this fern. The middle image is that of the fly Chromatomyia scolopendri. I've also found this distinctive leaf mine in the Lasgarn Wood but it seems there are few records in the vice county. Finally the abundant and widespread damage of the holly leaf miner Phtomyza ilicis.


Posted by Valley Naturalist at 07:44 No comments: