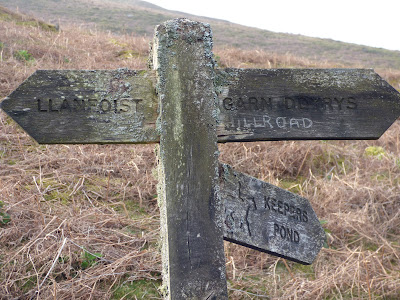 First day of the Easter break and I was up nice and early to explore the lower slopes of the Blorenge. Taking the tramroad from the road to the Fiddlers Elbow I passed disused farm building that is yet another example of the local decline in the rural population. Exploring remant drystone walls and a number of unkempt hawthorn and blackthorn trees, I could just detect the song of a whinchat. Despite the bird being fairly distant I did just about capture a couple of images.

Stumbling back to the tramroad route I noted another person in a camo jacket making their approach. As he got closer I could see it was Andrew Baker from Gwent Ornithological Society, out completing a BBS visit. We talked for a while about the folly of Brexit, Climate Change and Extinction Rebellion and my forlorn propects of retiring early. Saying our farewells I continued my walk to the sound of numerous singing willow warbler and the occasional flyover linnet. Pausing to observe the extent of NRW tree felling tree pipits were noted signing from several positions. On my return a cuckoo was very vocal and a male wheatear obliged for a photograph. 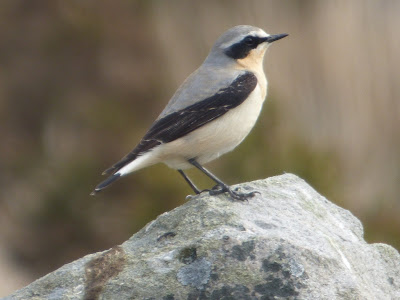 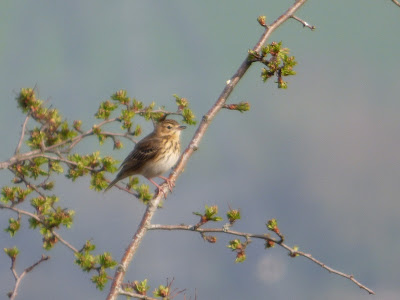 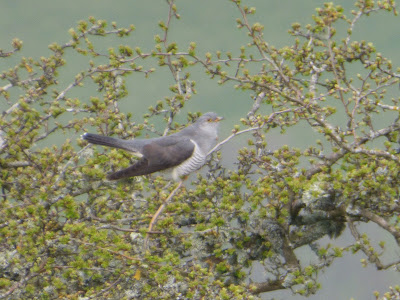 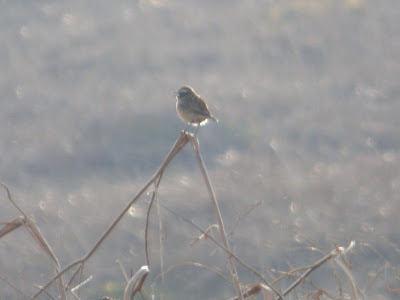 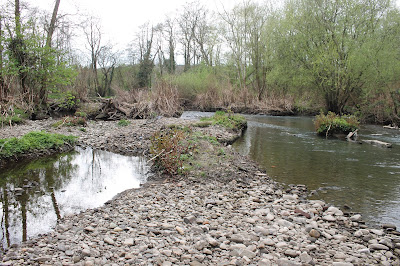 Its been a few years since I kicked the dust around the lower Afon Lwyd. This section of the river is on the outskirts of Caerleon and not far from its confluence with the River Usk. From the Newport High School Old Boys rugby pitch access is easy to the rivers edge via well worn footpaths. As with most valley rivers there is an enormous amount of invasive non-native plant species on show, from Japanese knotweed, to Spanish bluebell and Himalayan balsam. But the most striking vegetational component was an extensive carpet of flowering ramson, along with clear evidence that some were being dug up. However much of the ramson population was suffering from damage caused by the arum rust fungus.

In an opening around half a dozen sand martin circled but there was no evidence of a nesting site. In a bend in the river were a number of otter spraints. Walking upstream I was in sight of the Star Industrial Estate where it appears heavy vehicles are accessing and damaging a nice wet alder woodland comprising marsh marigold and yellow flag iris. On the way back I could pick out a few flowering wych elm and a knot of slow worm were revealed from beneath a discarded builders rubble bag. 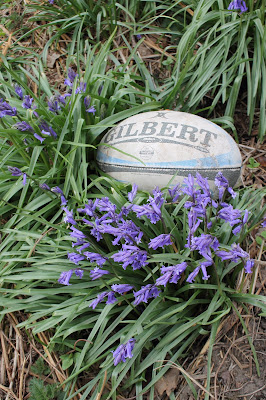 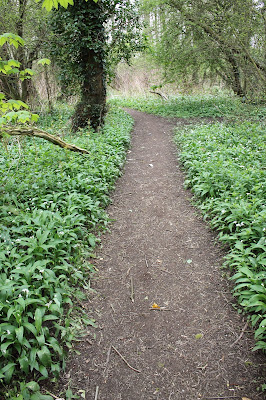 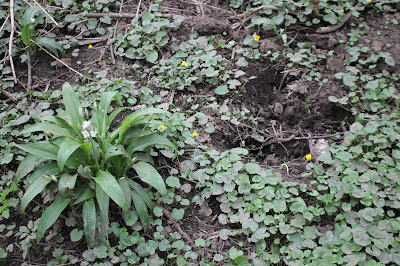 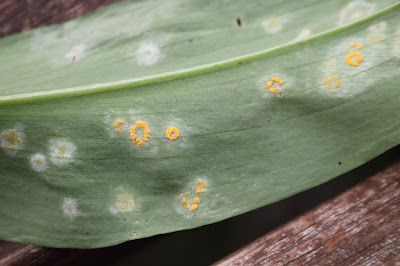 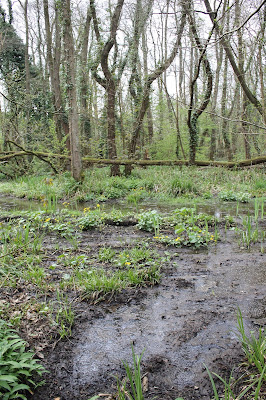 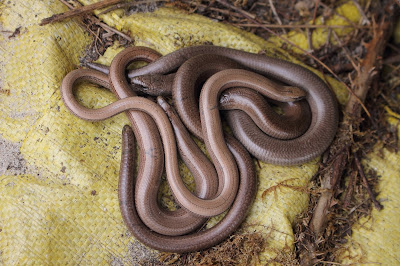 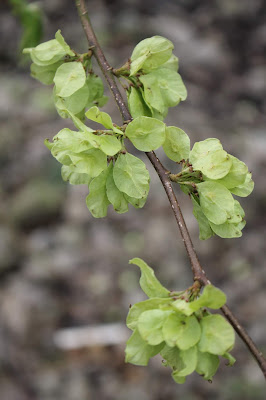 Posted by Valley Naturalist at 17:27 No comments: Links to this post 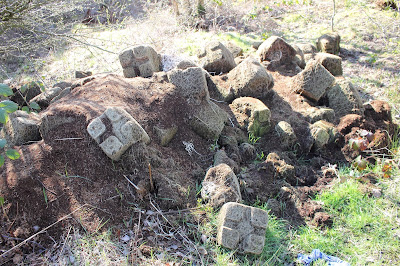 Forgeside above Blaenavon doesn't get much attention from naturalists, not sure why because it has some great ffridd habitat. Pushing my way through a willow thicket I stumbled across the remnants of a cannabis factory. I know this because of all those Police copumentaries that litter the TV channels these days. Stacks of compost with cut stems protruding from within. 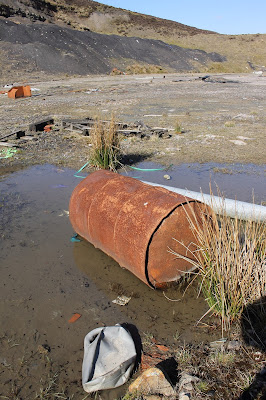 The small disused private mine remains disused apart from a couple of wheatear. Leaving the mine to explore the wider Forgeside environs a meadow pipit appeared suddenly and feigning injury but a search for a nest produced nothing but some fresh hedgehog droppings. I made my way across the hillside to a single mature tree that I'd often caught sight of from the other side of the valley, thinking  I should one day make the effort to take a closer look. It turned out to be a sycamore that was growing from within the curtilage of a number of drystone walls of a lost farmstead. On the way back a pair of stonechat moved from perch to perch. 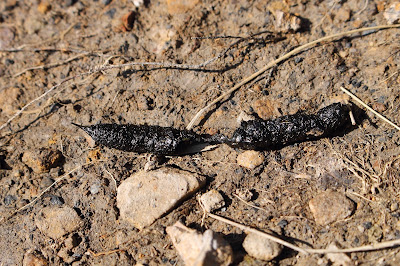 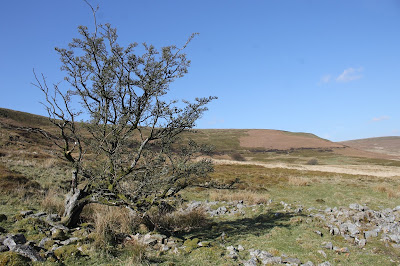 Mist and the ledden skies 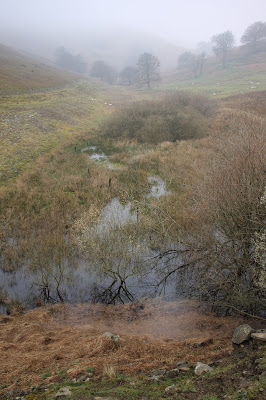 Its early April and time for another visit to the Big Pond area of The British. This combination of scattered mature beech trees, marshy grassland, sheep grazed acid grassland and upland heath dominated by bracken has historically produced regular sightings of ring ouzel. So a cool misty morning appeared to be just the right conditions to pick up a bird or two passing through.

Following the route of an old tram line and through an avenue of self seeded alder trees I could hear both singing chiffchaff and willow warbler, a couple of redpoll called frequently as they flew overhead. I paused by a gap in the trees to view the wider landscape of The British heath. When I held a bird ringing licence this open landscape supported, whinchat, stonechat and tree pipit I even once found a grey partridge nest. Nowadays, it's rapidly losing its open feel in favour of scrub. Onwards towards an imposing yet derelict red bricked engine building two stock dove took to the wing.At Big Pond the air was filled with calling raven and single singing wheatear. Over the decaying Big Pond dam I caught sight of a couple of parachuting tree pipit, a reed bunting could be heard in the distance. On the return journey I made a mental note of a number of veteran beech trees to measure and upload to the Woodland Trust's Ancient Tree Inventory. 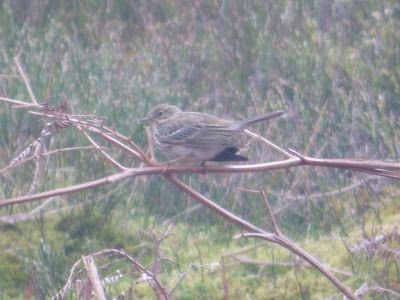 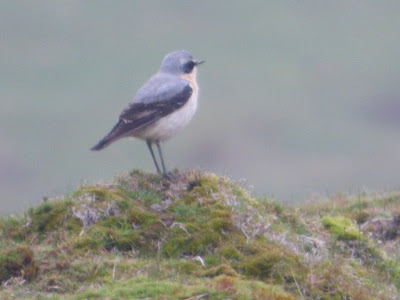 Posted by Valley Naturalist at 08:20 No comments: Links to this post