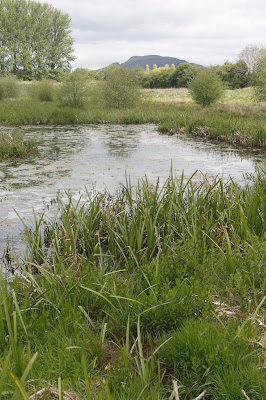 I've a head of silver hair which is why I can remember those days in the 1970's when Abergavenny Sewage Works littered the pages of the Monmouthshire/Gwent Bird Report with records of yellow and white wagtail and various passage waders, In those days of course visibility of the treatment works was good, today its like Fort Knox. I recollect an anecdote often relayed by the late Percy Playford back when I was an active 'c' ringer, saying that he had previously run a number of mist netting sessions at the site during which time some of the sewage beds were characterised by large plants yielding a healthy crop of tomatoes, which he subsequently picked and took home to eat.

From Waitrose supermarket cross the road to the new housing estate on the old Coopers Filters site. Heading south and before the fly over there is a restricted lane entrance with a bright yellow barrier. Access can be found around the barrier, the lane then continues adjacent to the housing estate and straight to the sewage works. Where the housing stops there is a field with a pond, the margins supported a good population of slender ground hopper - there was also a single coot and one unaccompanied mallard duckling. A whitethroat sang from a nearby thicket. At the sewage work there is a well worn track, not thought to be a public footpath. This led through two fields to the margins of the River Usk. Here a couple of grey wagtail and a common sandpiper moved between stony spits. A few common wildflowers were in full bloom including, common fumitory, common cornsalad and green alkanet. There were also four species of butterfly on the wing, including red admiral, speckled wood, and orange tip.

Posted by Valley Naturalist at 22:00 2 comments:

We ride with impunity 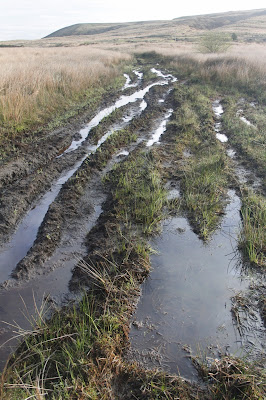 The early morning Bank Holiday Monday visit to the margins of Waunafon Bog was thrilling and depressing in equal measure. Thrilling because my hope that a grasshopper warbler would be reeling was confirmed, in fact there may have been two birds. I went into stealth mode in the hope that the loudly reeling bird could be photographed in action, But despite having a grandstand view of the scrub from whence the bird was singing, as hard as I tried it was impossible to pinpoint. Moving on a male stonechat was fencepost hoping and parties of swallow were sweeping silently over the bog purposefully heading north. Other birds noted were linnet, three pair of reed bunting, two snipe and two flyover Canada goose. 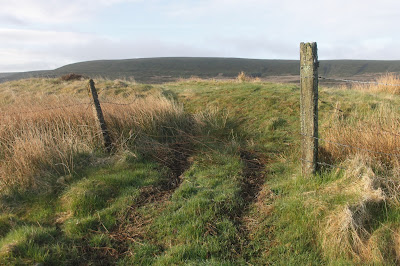 And now for the depressing part - look away now those of a nervous disposition. The bog itself is a long time neglected ecological asset of SSSI quality. At the headwaters of the Afon Lwyd water appears to have been diverted away from the bog to prevent it causing a flooding problem on a nearby road. This has contributed to a perception that it is drying out in places illustrated by increased scrub growth. Nonetheless the bog, whose role in carbon storage and ecosystems resilience should not be underestimated, is facing a more immediate threat. Off - road activity has carved a deep scar in the peat and in the process breaking fences to gain access. Those responsible ride and destroy with impunity. Its incredulous that authorities seem unwilling to act to kerb the damage that is becoming a landscape trademark of the upper Afon Lwyd.
Posted by Valley Naturalist at 08:36 7 comments: 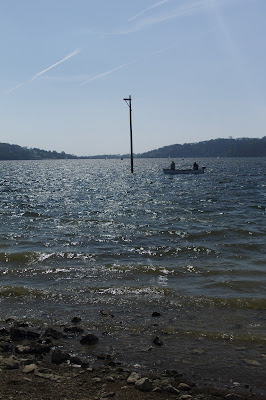 I should have been more alert to the prospect that a sunny early spring Sunday at Llandegfedd Reservoir would have a liberal sprinkling of leisure seekers. And so it was, there were, walkers with dogs, walkers without dogs, cannabis smokers, sunbathing courting couples, fisherman, sailors with associated noisy powerboats and hooters, paddle boarders who sought refuge in the less crowded corners of the reservoir and an individual who coughed loudly and intermittently from the richly vegetated upper reaches of Green Pool. 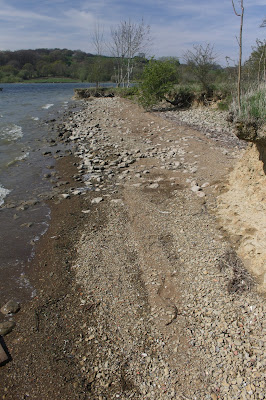 As a consequence my trusty Opticron scope was not deployed. Preferring to potter about on the margins of the reservoir I settled down on the exposed shoreline of the island. The water level was high by still low enough for a small area of eroded soft bank complete with ample stone turning potential. On closer examination the collection of stones on the waters edge were well populated with a variety of basking beetles. Seemingly attracted by the stones absorbed warmth the following species were identified. 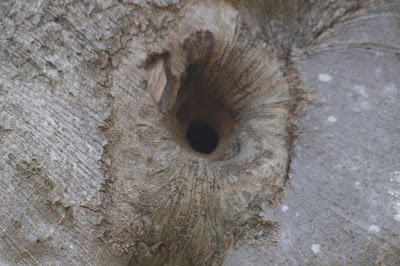 I only seem to have enough spare time for snatched visits to local patches these days and last Saturday was no exception. That said I did manage two snatched visits in one day.


First up was a morning excursion to a part of the Lasgarn Wood, near Abersychan. Parking on Waterworks Lane just below the now decommissioned reservoir I made my way to a small adjacent ancient beech woodland. Many species of bird were in full song, with chiffchaff, willow warbler and blackcap most prominent. A small patch of flowering lesser celendine briefly attracted a bee fly (Bomblyius major) and green woodpecker and nuthatch were vocal, the latter leaving a suitable nest site in a hole of a beech tree.  A distant singing redstart could be detected from a hedgerow of a nearly farm.

Later on I wandered around Blaenavon Community Woodland. Several calling redpoll and a great spotted woodpecker covered the extent of the birdlife on offer. However several green tiger beetle and two peacock butterflies were compensation. 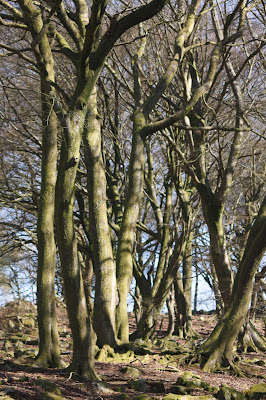 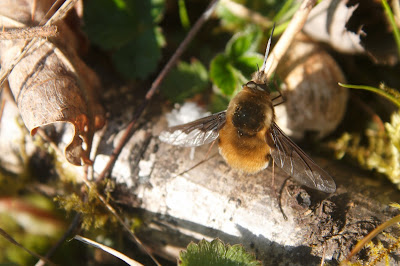