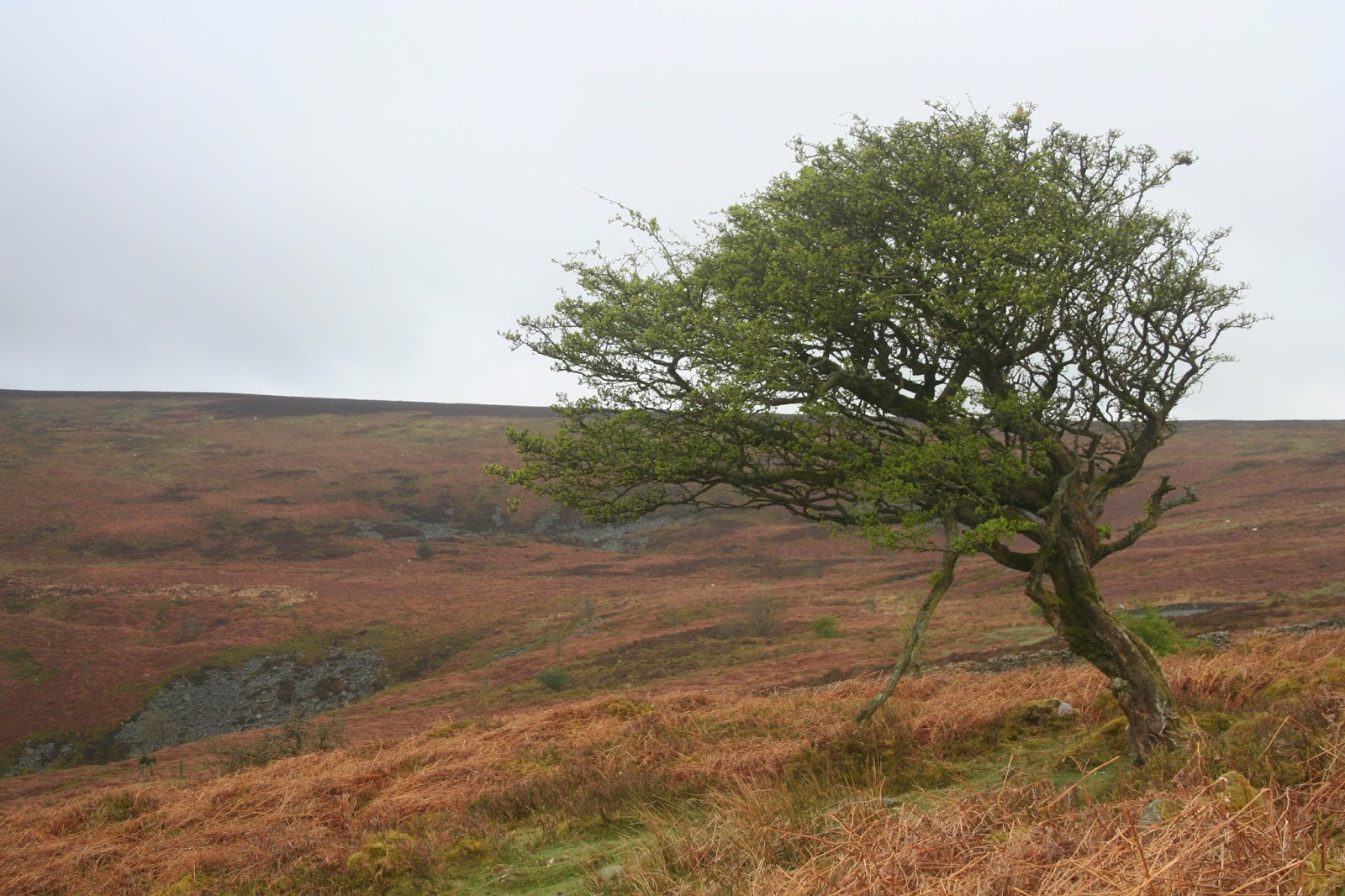 Real naturalists don't follow paths. If you seriously want to discover nature, following a track way formed by shufflings of other people ain't always going to give you the variable experience you crave. After all wildlife isn't conditioned just to occur within arms length of a dotted line on a map. That's way I've tried to explore the areas where soft shoe dry weather weekenders can't reach. Take last Saturday's early morning Blorenge excursion. Sure enough it was helpful to follow a path part way as it doubled up as a count of stubbed out fag ends all within spitting distance of tinder day dwarf shrub heath habitat, but at a point where the townies run out of puff the path become less discernible. It's at this point rugged bare armed wildlife watchers become hardcore. Hidden stones, heather hiding depressions, molina dominated grassland and during high summer, head bracken, all test your resilience. There was a time when I would find trans-versing this characteristic upland habitat in pursuit of a whinchat nest second nature and great fun, nowadays my knees reach their tolerance threshold more quickly. 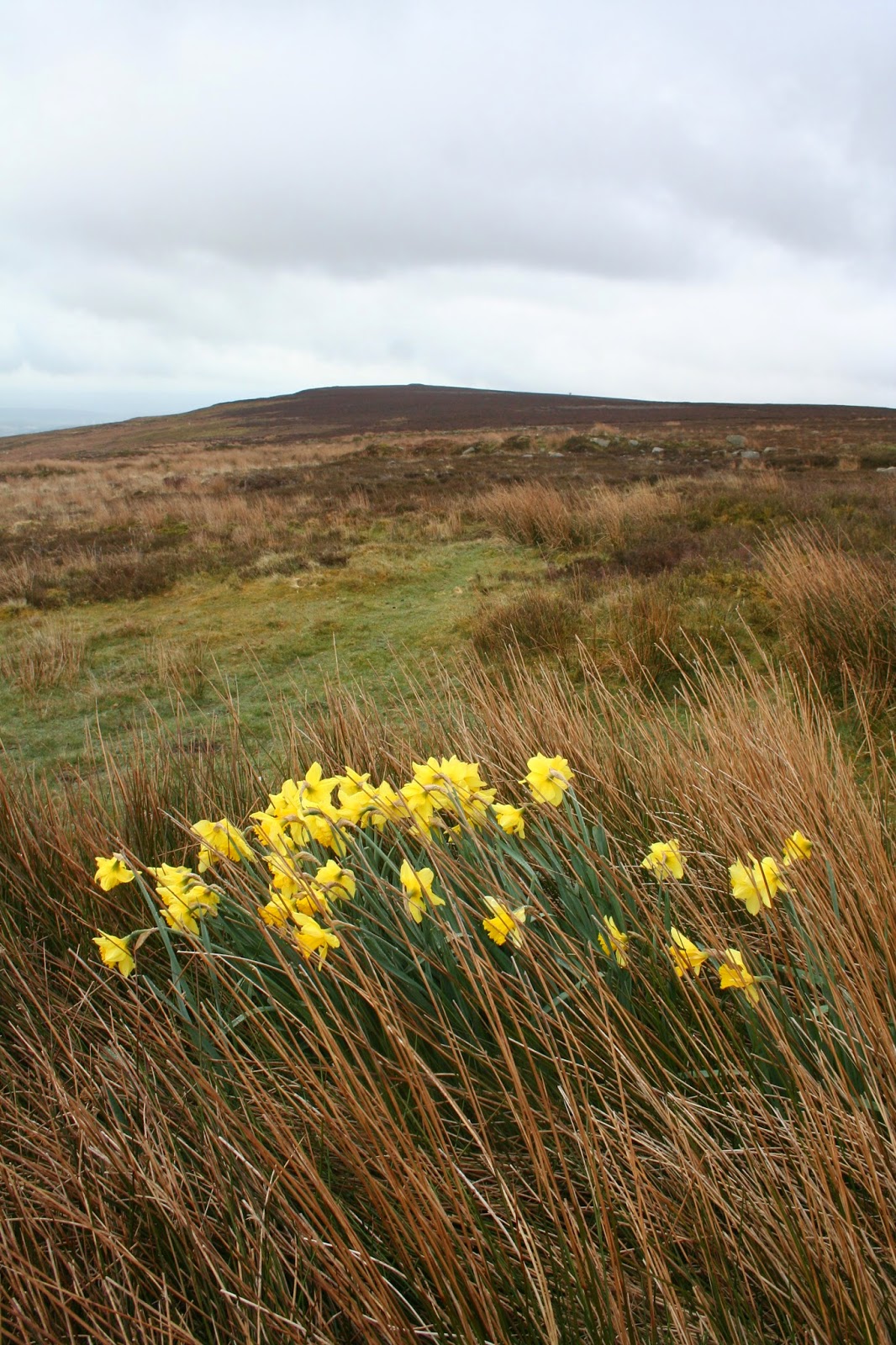 With my knees creaking with the strain I looked for sheep tracks as a way of picking my way through this fine SSSI. In doing so I was scolded by at least four red grouse and many skylark. A wheatear was briefly seen where close grazed acid grassland provided lower limb solace. Here too a female ring ouzel alighted on a rock. On reaching the Foxhunter road a cuckoo, tree pipit and whinchat sang and a stonechat and reed bunting called. And just as I thought I would finish my walk without recording a Canada goose two were flushed from the moorland edge. So home it was for a dose cod liver oil.
Posted by Valley Naturalist at 18:29 No comments: 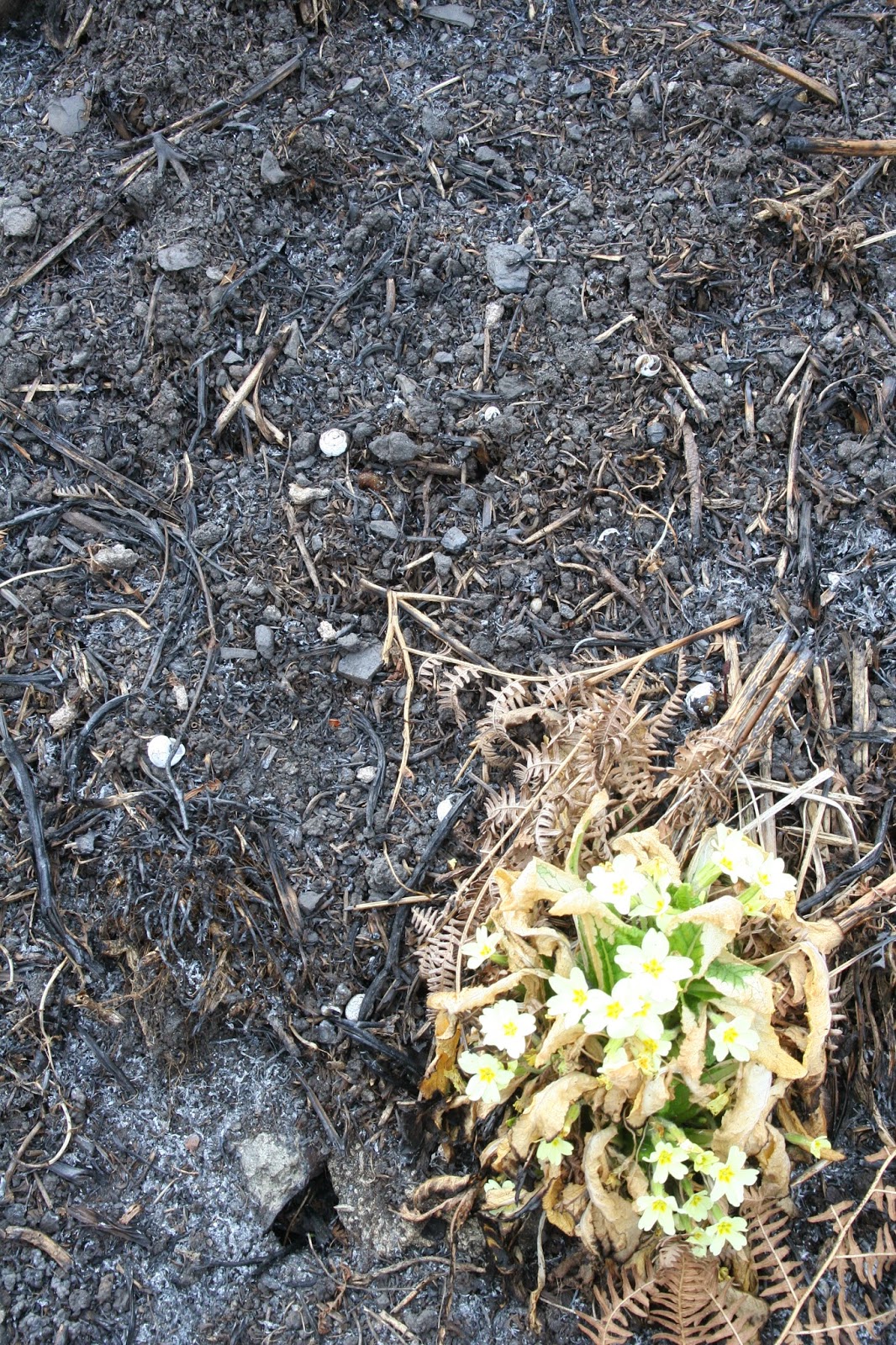 In South Wales most early season grass fires occur in bracken, gorse, heather and conifer woodland and have a habit of coinciding with school holidays and a period of dry fine weather. Whilst I'm not totally convinced that the finger blame for all of these upland fires can be pointed in the direction of misbehaving valleys youth (those who wish to burn the uplands for other reasons may hide behind this assumption) those that occur annually at The British are odds on for young delinquent fire starters.

This year the impact on Gwent's most celebrated of brownfield sites has thankfully been relatively low with only a small outbreak on the heathland dominated bank around the disused engine shed. Nonetheless, the ecological impact of any uncontrolled fire should not be underestimated. Its easy to focus on the loss of breeding bird habitat but its not just birds that feel the heat. A kick around in the carbon rich remains of a charred landscape is likely to turn up all manner of barbecued biodiversity. The image below is just a small collection of grove snail (Cepaea nemoralis) collected from a patch of approximately a metre square. At least birds have the ability to leave a site quickly once alight those other less mobile species are doomed. 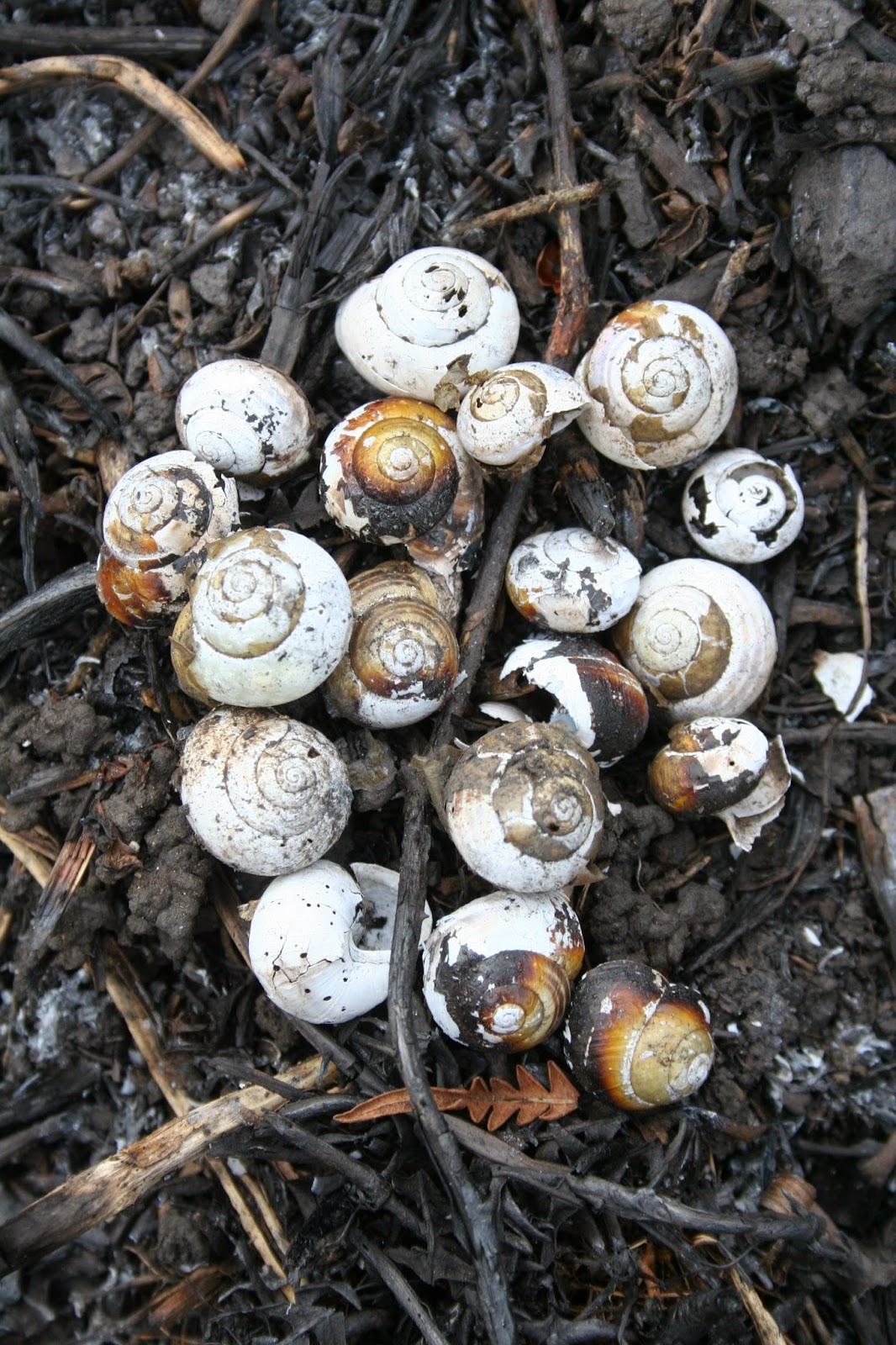 Posted by Valley Naturalist at 09:58 No comments:

The fabric of summer birding 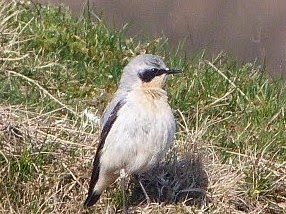 A chilly 7.30am start for walk around The British -see Birdwatching Walks in Gwent for details of route. My chosen parking spot was strewn with the excesses of the previous nights social activity in the former mining communities of this part of the eastern valley. Empty beer cans, soft drinks and takeaway wrappings mingled with bags of builders rubble, a ceramic toilet and a homemade compact disc of the Lighthouse Family's Greatest Hits.

Heading off with purpose in my stride I was immediately struck by the number of singing willow warbler - they seemed to be everywhere! Other singers included a few chiffchaff, a number of in flight redpoll, a pheasant and a drumming great spotted woodpecker. 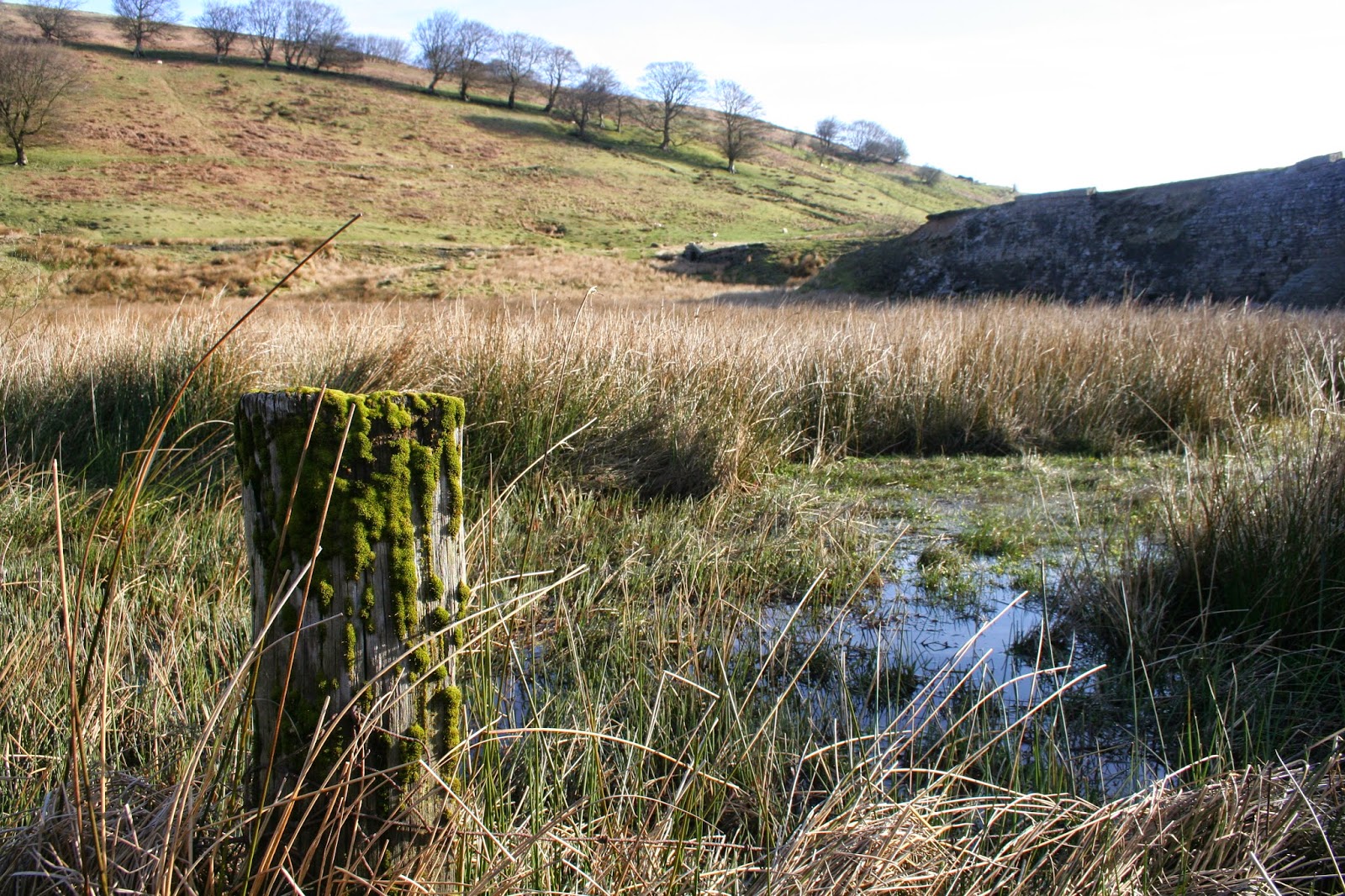 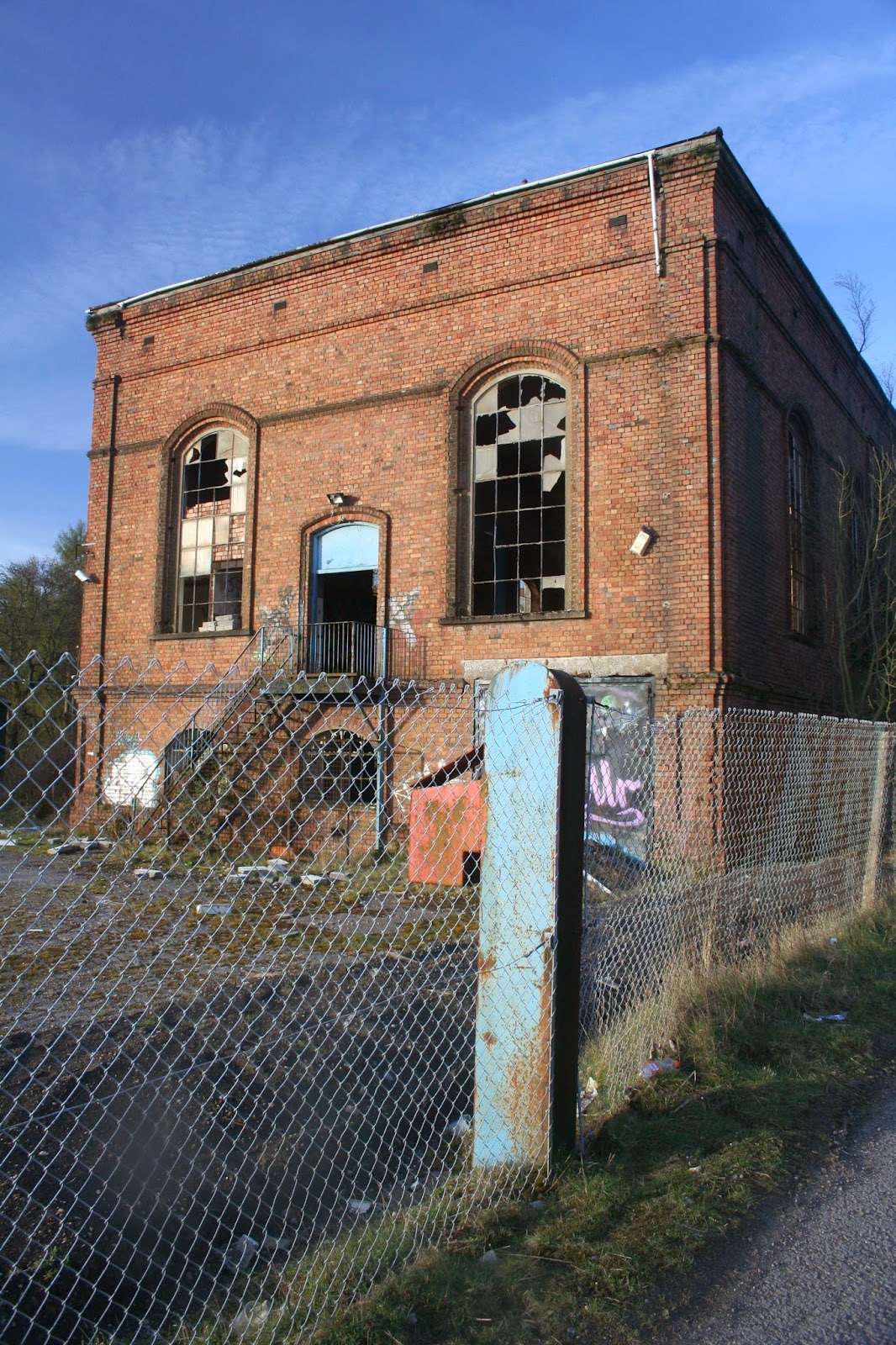 Is it just me or does the frontage of this disused engineering building look like a character from Thomas the Tank Engine or Chuggington?

Posted by Valley Naturalist at 18:51 No comments:

Bit of a mess 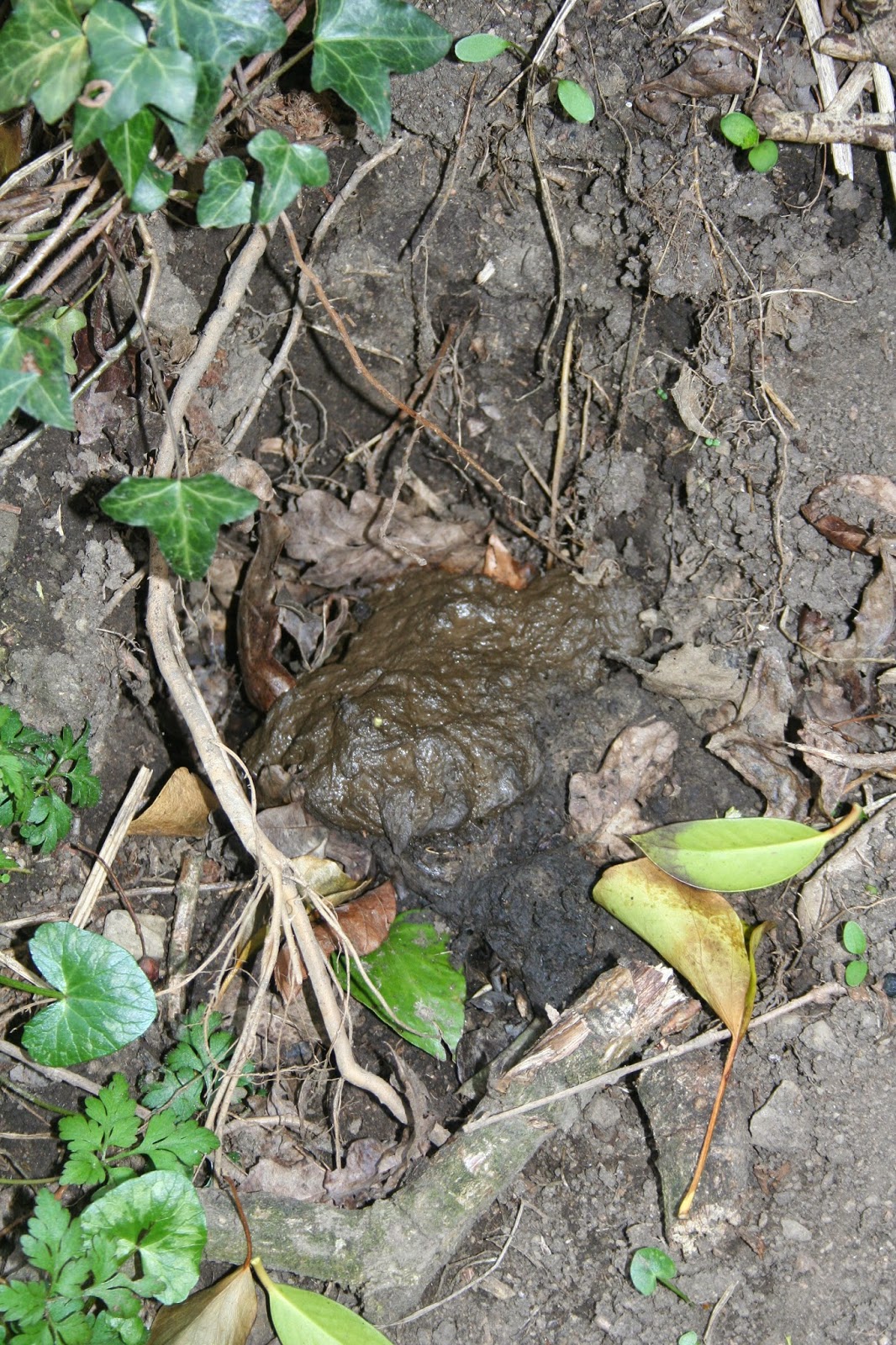 An hour through SEWBReC's Square of the Month for March near New Inn, Pontypool was highlighted by a fair amount of badger activity. Most of this centred on runs through hedgerows and under fencing augmented by some latrine territory marking. Avian interest was modest with a distant singing chiffchaff, a pair of goldfinch and a mistle thrush about the long and short of it. Nice show of woodland edge flowers though.

Posted by Valley Naturalist at 06:27 No comments: 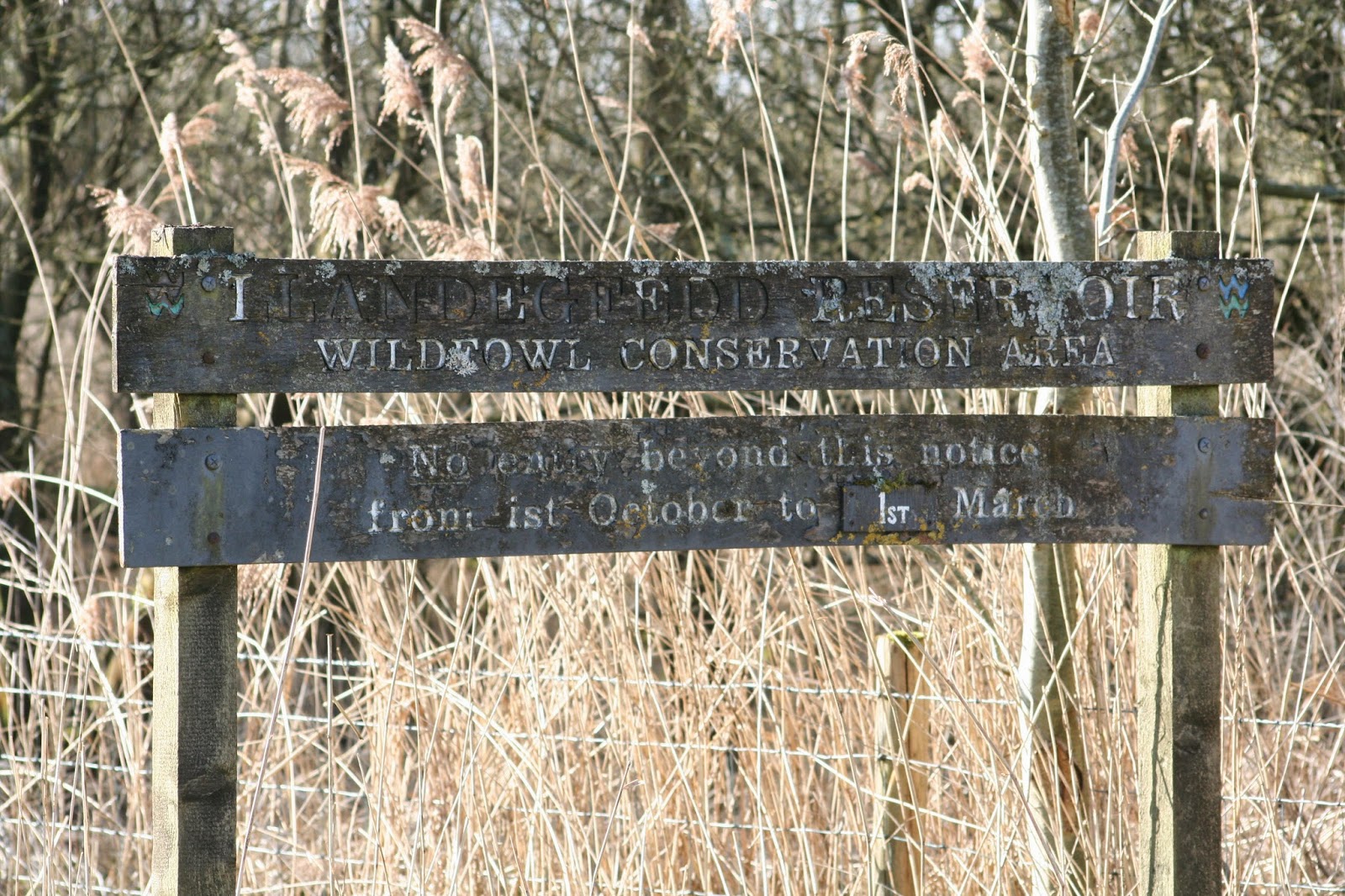 After years of indifferent access to Llandegfedd Reservoir Welsh Water has thrown open its doors to all and sundry. I made two visits this Bank Holiday Monday to a site whereby my last attempt to 'get in' was barred by a double padlocked gate. This time no problem at all. The Fisherman's Car Park was well populated with vehicles including baseball cap wearing lads in their Vauxhall Corsa's playing trance music. Walkers drifted through the gates and around the site with gay abandon - it was surreal! I encountered dozens of walkers, a jogger, several photographers, many dog walkers some with man's best friend on leads but most not, as well as the more traditional residents in the form of fisherman, sailors and yes birdwatchers. Am I angry about Welsh Water's sudden conversation to recreation for the masses? No I don't think I am. For far too long Welsh Water has sought to barr those who don't pay for the privilege of using their sites. As for the SSSI status and its component wildfowl I sense the impact will be small but engaging GOS to conduct a survey to collect the evidence just like the winter sailing survey would have been a useful exercise helping to re-build bridges with the birding fraternity. 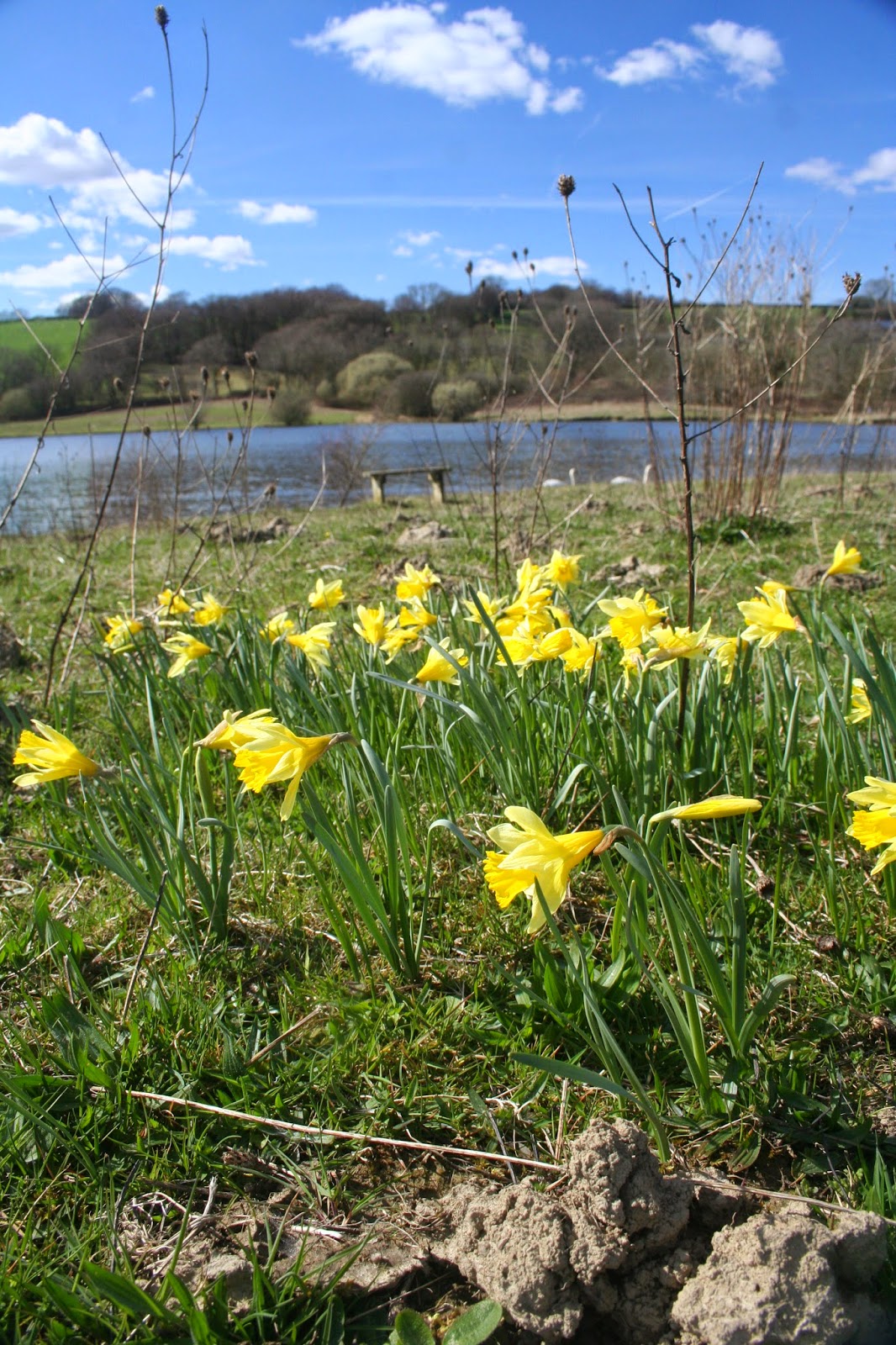 The morning visit was to see the garganey reported the previous day from Green Pool bay. Unfortunately the birds had seemingly moved on. Tom Chinnick was on site and he pointed me in the direction of a distant mid water avocet but I missed an earlier osprey. Other birds of note include a singing blackcap, teal and tufted duck. A small patch of wild daffodil made of an attractive spring image.

A couple of free hours came to me unexpectedly in the afternoon so in a hope that the garganey had returned I made my way back to the reservoir. Alas the only addition to the mornings tally was a redshank, a flowering cowslip and several dark-edged bee flies.
Posted by Valley Naturalist at 20:50 2 comments: 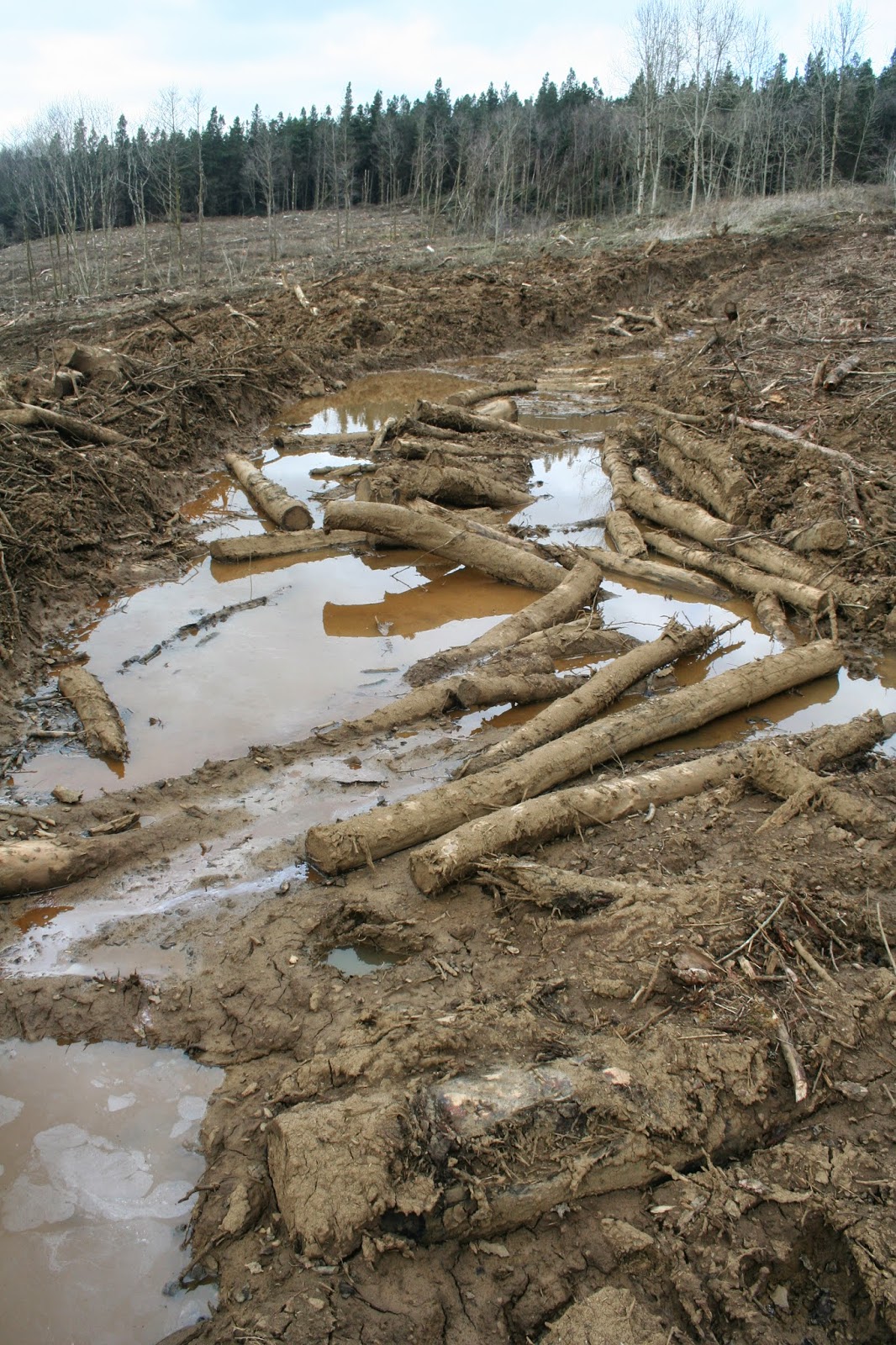 From Waterworks Lane I lumbered uphill past the disused Nant y Mailor Reservoir into a mature beech woodland where the smooth bark of this western edge of distribution tree were carved with the initials of walkers from generations past. A tawny owl was flushed from small limestone slump shortly followed by a woodcock from the herb layer. The copse showed signs of the ravages of recent winds with a number of trees uprooted and others with limbs lost. The woodland edge, exposed by felling, supported a pleasing population of in flower wood sorrel and dog violet. 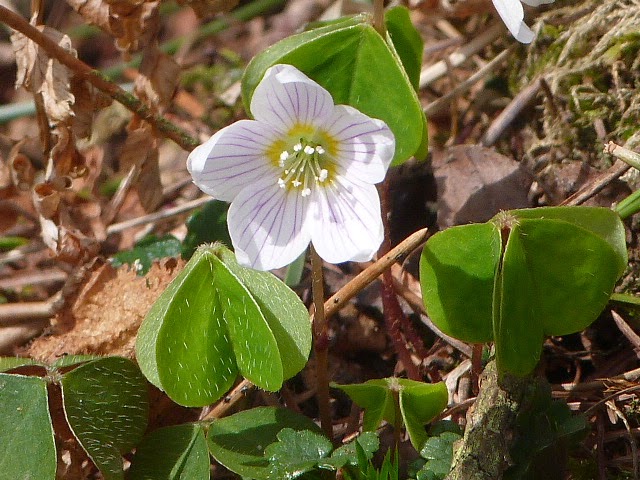 Into the clear fell where the drystone walls of previous marginal field patterns where once again exposed to the sunlight of an early Spring afternoon. The larch I remember planted when a teenager in this corner of Lasgarn Wood has now been felled leaving a landscape akin to First World War trench warfare. Walking off the haul road was testing. Panting and stumbling over brash, stumps and other wood felling detritus I found easier terrain along the edge of a lodgepole pine stand. Here two crossbill disappeared and meadow pipit and skylark could be to heard from the open moorland beyond. Taking a southerly path past a field with several Welsh black cattle a small valley with more mature beech came into view. Woodpeckers of the great spotted and green varieties were heard but not seen, so too were the chucking of several fieldfare. Up ending a sliver of discarded cut larch revealed three small black weevils. The examination of a voucher specimen whilst keeping an eye on Carry on Camping identified the species as the spider weevil (Barypeithes araneiformis). 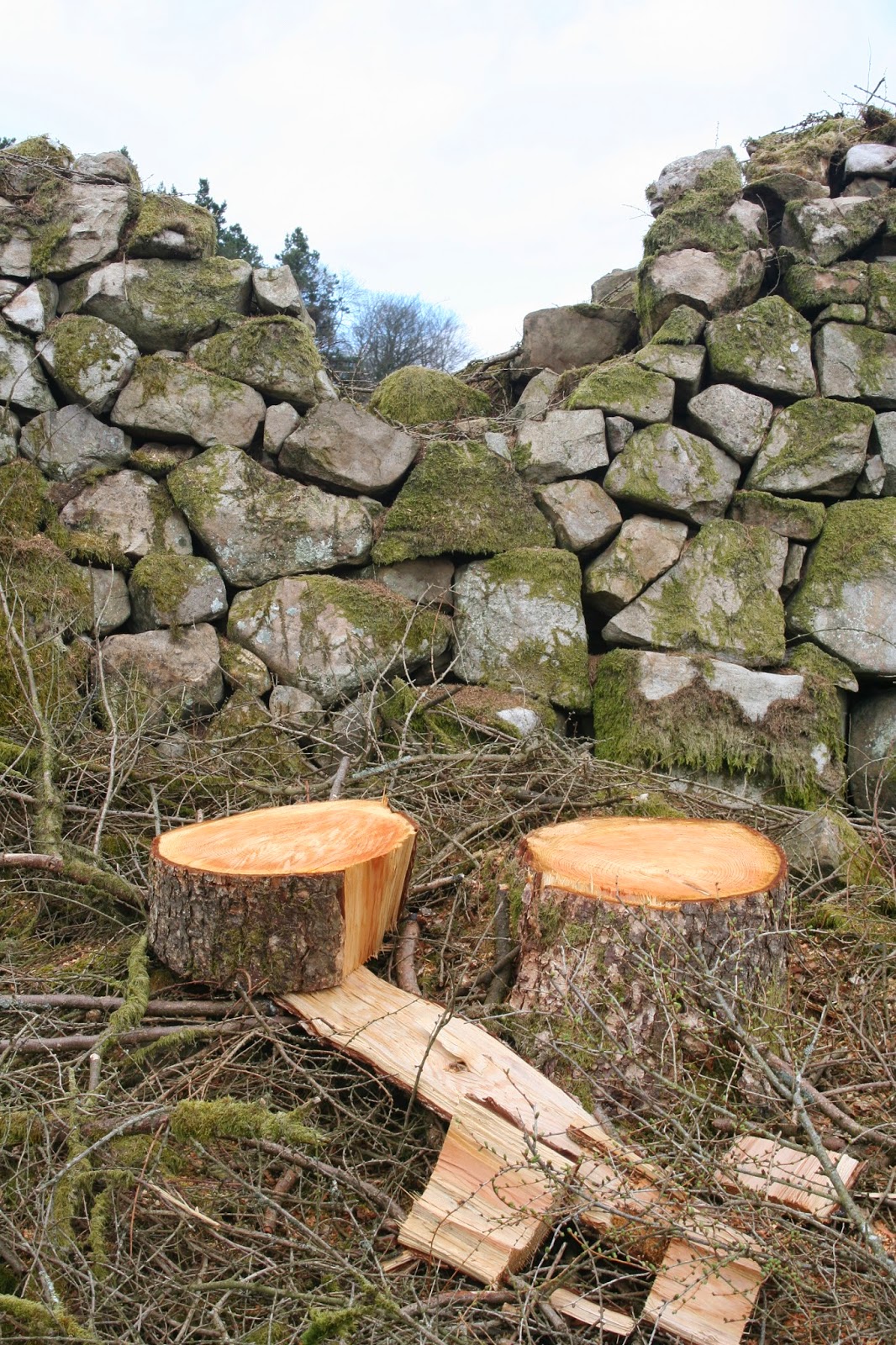 Posted by Valley Naturalist at 16:15 No comments: