Late evening in an LNR 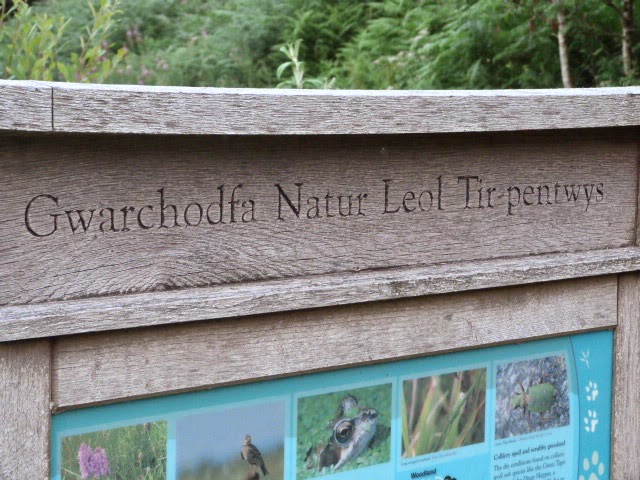 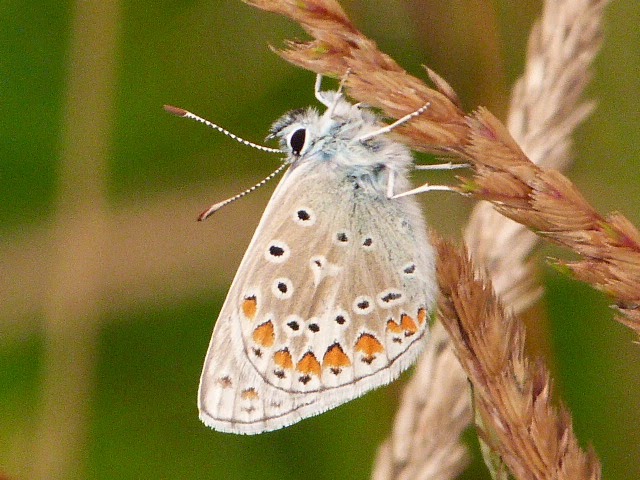 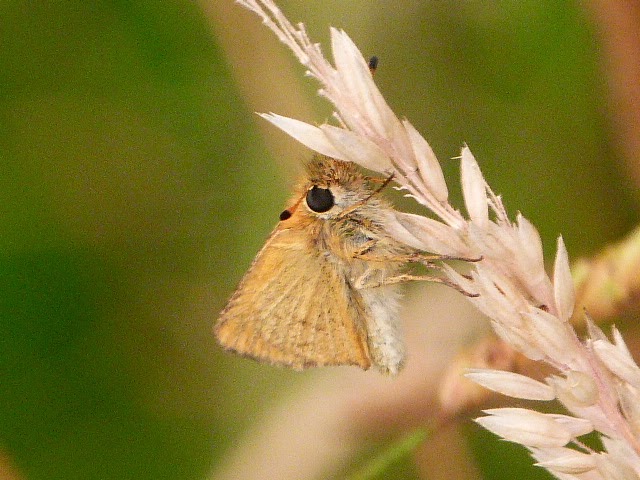 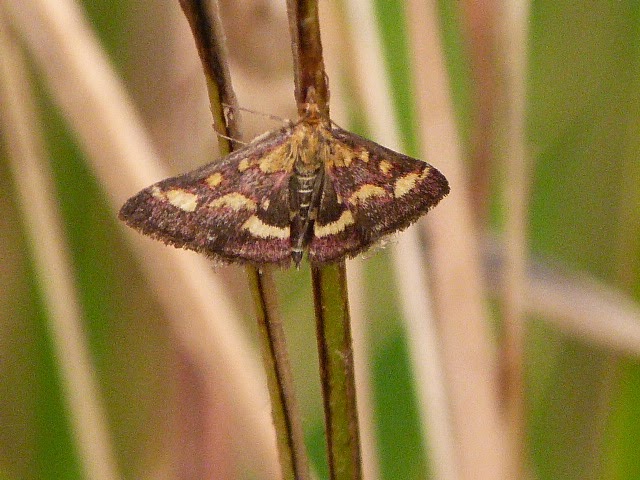 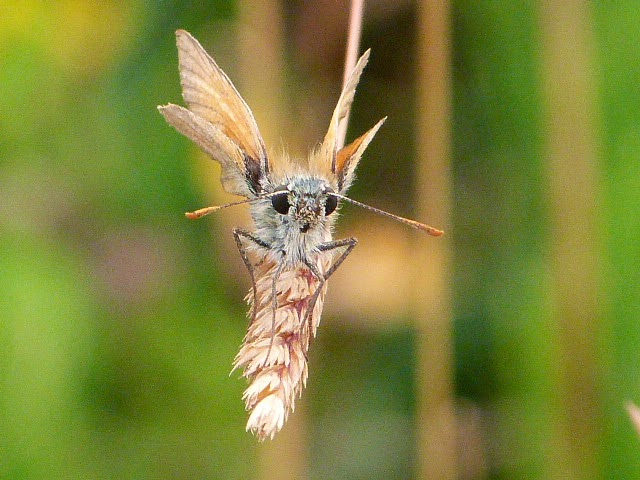 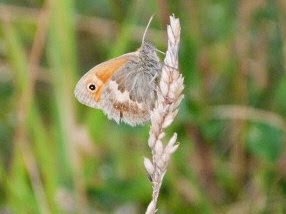 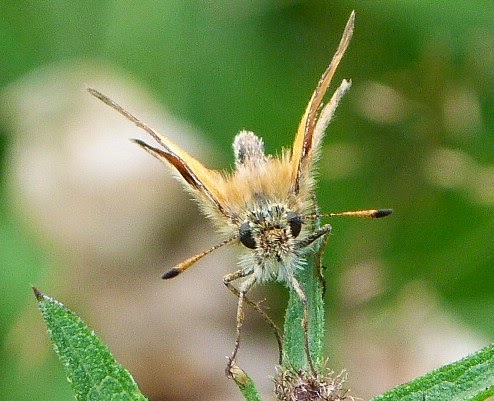 Those keen on the beautiful game will have possibly already made the tenuous links between the title of this posting and the continuing increase in the number of Essex skipper in Gwent. At Llandegfedd Reservoir on Sunday the butterfly community was populated by small, large and Essex skippers, a dark green fritillary feeding on meadow black knapweed was a surprise and just two marbled white seemed rather low for a species now very widespread. Other lepidoptera included, peacock, gatekeeper, small white, common blue, meadow brown, ringlet and small tortoiseshell. 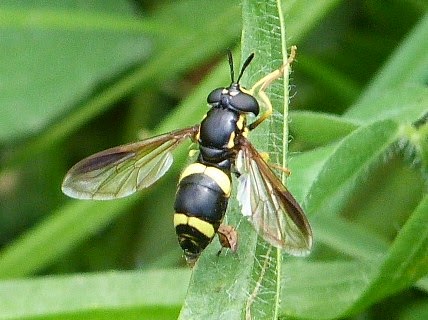 July and August are peak months for orthoptera. Roesel's bush cricket was in electrical song at around the Usk inlet, dark bush cricket was also noted. The attractive yet common hoverfly Chrysotoxum bicinstum was present in the species rich meadows that now encircle the northern end of the reservoir. 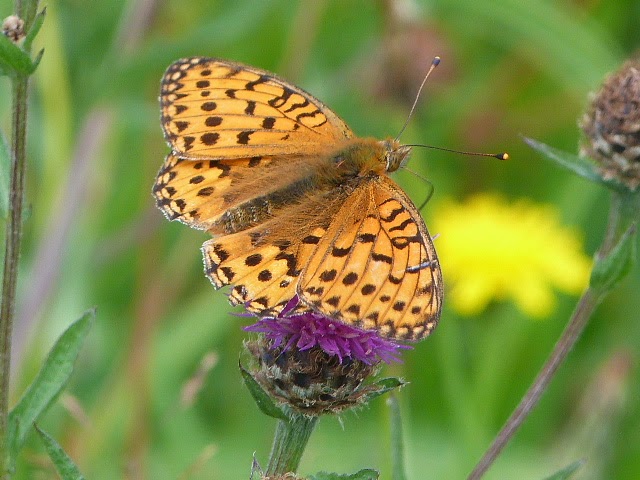 There was no evidence of any significant bird movement. Chiffchaff and at least three reed warbler were still in song and a great created grebe was sitting on a late brood. However, gull numbers were building with two great black backed gull among a gathering of around 50 birds.

Posted by Valley Naturalist at 07:14 No comments: 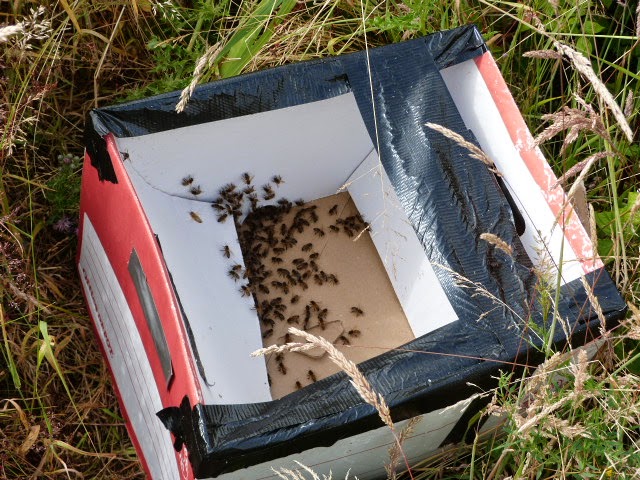 In a roadside pull in just outside Blaenavon there's a regular mix of garden through out plants, but thrown in  for good measure was a cardboard box containing a mini swarm of honey bees. The things you find! 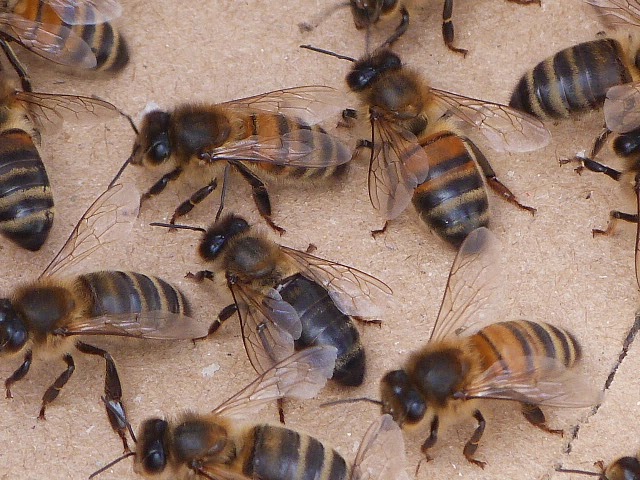 On Balance it was a good day 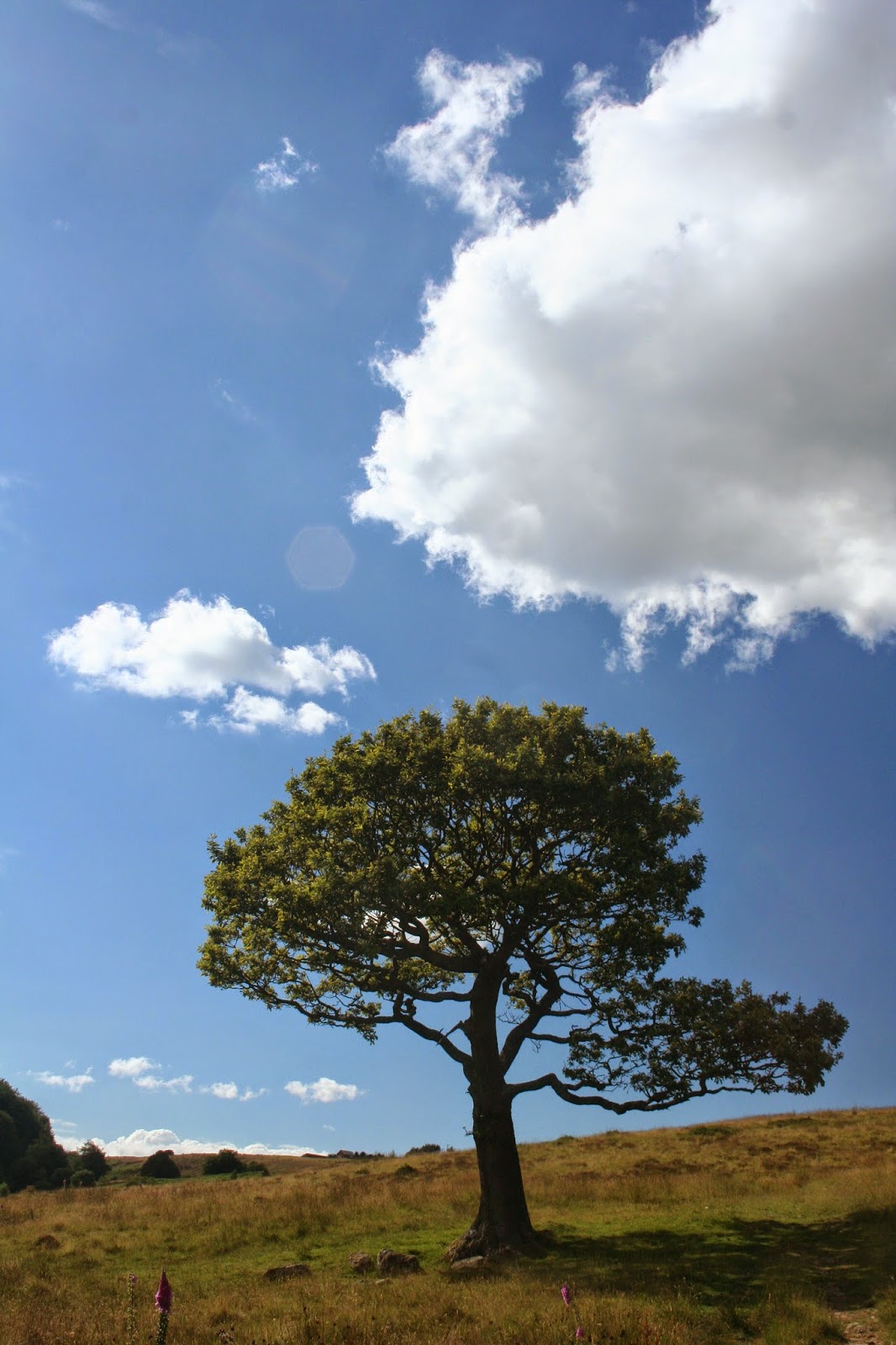 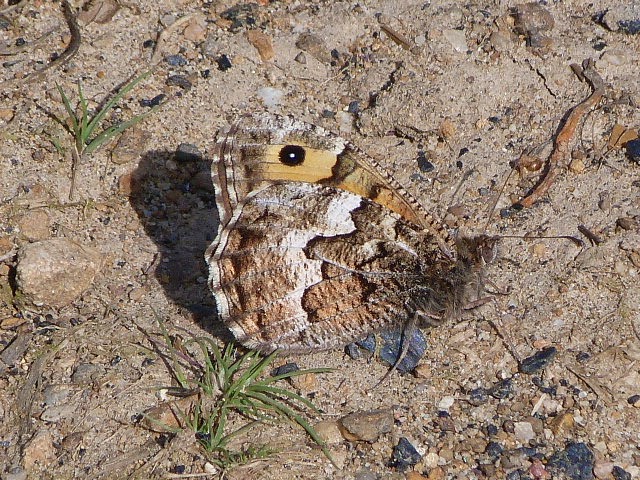 The Balance near the Varteg is sandwiched between two areas of post war land reclamation where the rufty-tufty land forms of a proud coal mining community were smoothed over and set to agriculture with simplicity the governing criteria.

Following a well marked and maintained public footpath I recollect from my last visit some years ago, the presence of a pond and watercourse. These features are no longer visible suggesting some more recent civil engineering activity, which I suspect was executed outside the boundaries of regulation. Progressing beyond agriculture enclosure the path opened onto common land where diverse acid flushes contrast with the hard sun baked spoil. 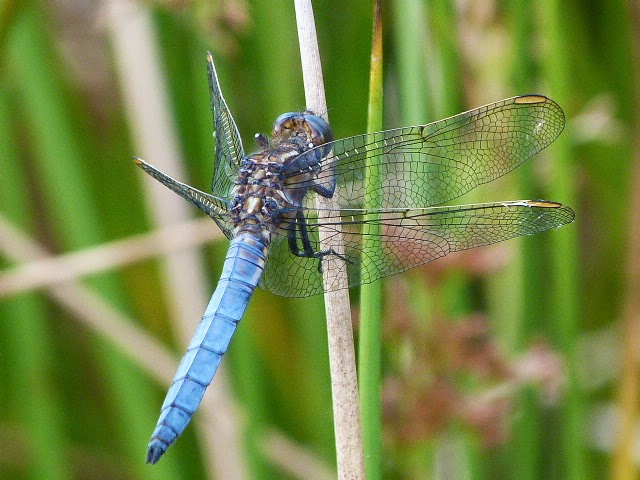 A spring with associated sphagnum and common cottongrass was a hot spot for invertebrate activity. While a yellowhammer sang and linnet passed overhead I followed a golden ringed dragonfly patrol in a linear fashion looking for prey - in total I recorded four of these odonata during my visit. Here too was a keeled skimmer a species of dragonfly that appears to be more regularly encountered in the upland margins of the south Wales coalfield. However the most striking sight was that of flowering ivy-leaved bellflower once again a plant that is at home in acidic wetland habitats. 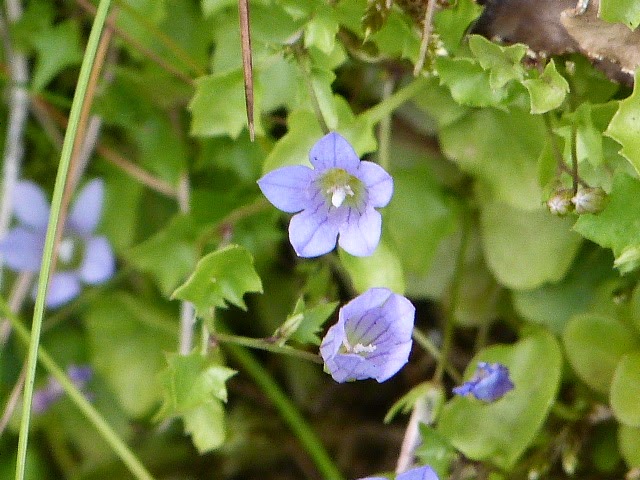 Moving upwards it became apparent it was going to be one of those iconic summer butterfly days. Marbled whites, ringlets, small heath and small skippers were numerous. These were augmented by a good population of grayling that were happy to alight on the well trodden path as I puffed uphill. Other less frequent species included a single gatekeeper and two rather worn small pearl-bordered fritillary. 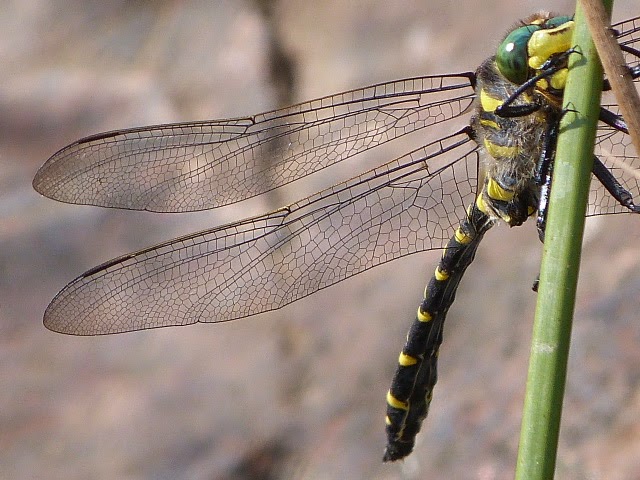 Posted by Valley Naturalist at 09:53 No comments:

Beside a concrete plinth 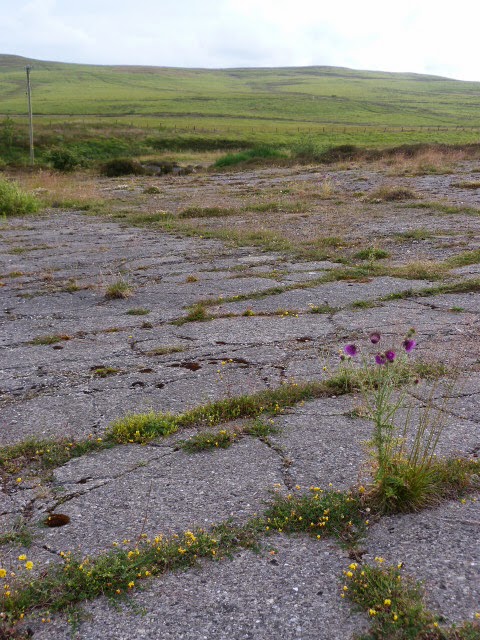 In  the edgelands of Blaenavon just short of a turning to Llanelly Hill and in view of the largest upland bog in Gwent (a site waiting to be valued by those charged with valuing such valuable habitats!) is an unofficial, bootleg roadside pull in. This highway notch provides easy access to another fading facet in the over exploited valleys landscape. Here the remnants of a concrete plinth fractured by the freeze thaw activities of an often hostile winter climate has bedded down with coal spoil a tarmac track and a perished size 8 Wellington boot to provide a botanical past time for a child at heart inquisitive naturalist. 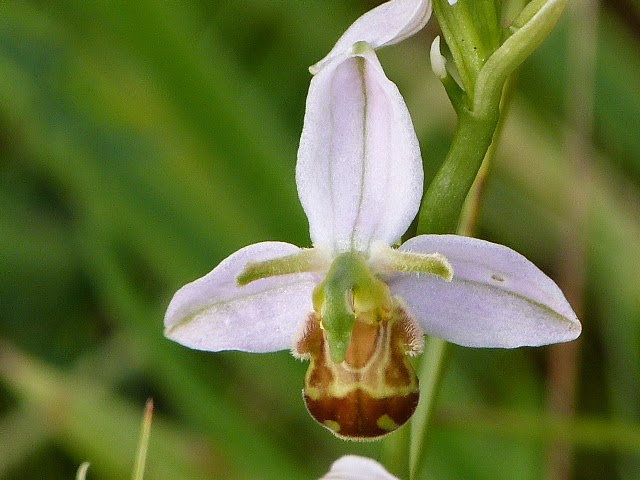 Just like the first bend of an Olympic 1500 metres final plants jostle for position behind the pace setting purple moor grass (Molina caerulea) and common cotton grass (Eriophorum angustifolium). On the edge of a short length of the black stuff 20+ bee orchid (Ophrys apifera ) are just coming into flower. These are late individuals but no surprise given the lofty elevation in which they've chosen to frequent. Elsewhere wild thyme (Thymus drucel) flowers along with the dainty fairy flax ( Linum catharticum ). A single moonwort (Botrychuim lunaria) pushes its way through a bed of moss whilst overhead up to 30 meadow pipit and an odd goldfinch line an electricity wire calling to fledglings hidden in nearby thatch. The larval cases of burnet moths litter the storks of gramineae species but the only visible was a single adult narrow bordered five spot (Zygaena lonicerae) on a now withering southern marsh orchid (Dactylorhiza praetermissa). The diminutive blue fleabane (Erigeron acer) dominates the otherwise lichen dominated skin of this upland rudural feature. All in all enough to satisfy the simple demands of a working class naturalist, one of more pure breeding would no doubt make a longer list 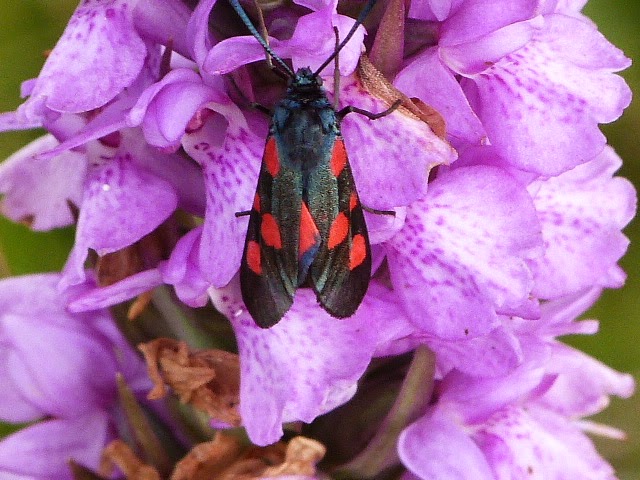 Posted by Valley Naturalist at 21:01 No comments: 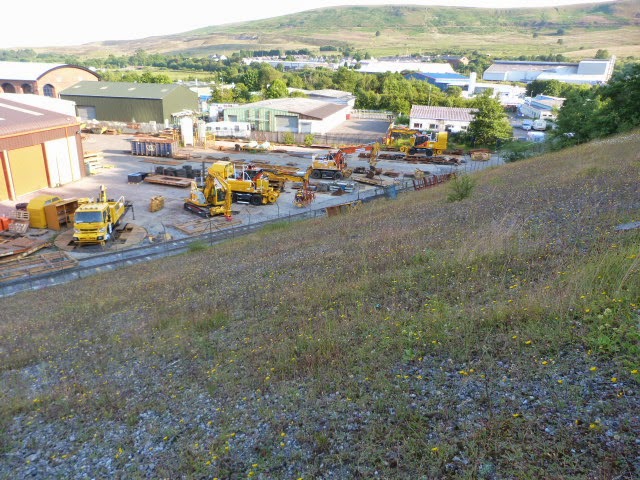 I make an annual pilgrimage to the limestone blast furnace slag slope (bit of a mouth full!) on the northern edge of the Gilchrist Thomas Industrial Estate, Blaenavon around this time of year for the plants and associated invertebrates. I've not done any specific research as to the origin of this slag but its a fair assumption that its a by-product of the nearby Blaenavon Ironworks now managed and showcased by CADW.  However what limited knowledge I have about the industrial heritage of this area suggests that this mountain of slag has largely gone unnoticed by local armchair industrial historians. 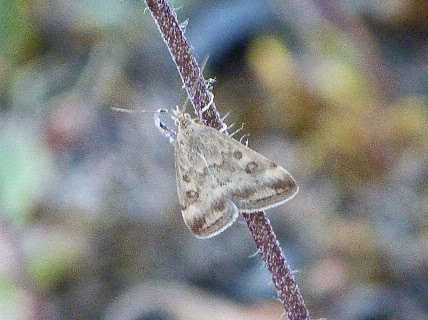 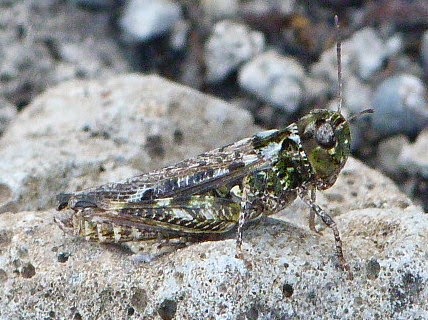 Posted by Valley Naturalist at 07:08 3 comments: