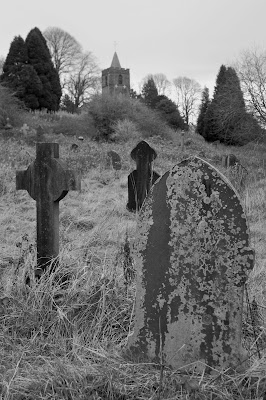 The beauty of time off from holding back the steady drip drip of environmental damage is having the space to ponder and potter. This week I made the short journey to scuff around a couple of the few remaining urban wildspaces of Blaenavon's inner town. 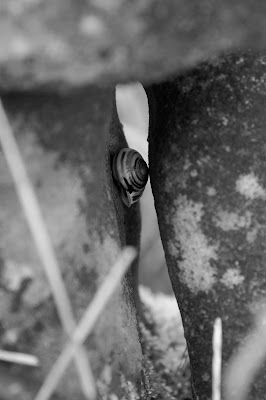 St Peters churchyard is large. From its lime tree lined entrance it quickly opens up into a naturalists dream of unkemptedness. Grave stones, at more angles than a draughtman's set square, emerge from a threadbare, weather beaten, tangled mass of vegetation. A great spotted woodpecker called as it alighted in one of the several mature Scots pines followed quickly by the less aggressive call of a coal tit. I pushed my way through bramble and brittle stalks of rosebay willowherb over uncertain terrain that hid the remnants of graves and all the associated decaying stonework. A desire line that marked the lower boundary of this urban oasis and a road with a small cul-de-sac of houses was littered with discarded drinks cans. I knelt to examine an ornate headstone with the forms of wildflowers traced in the stonework and found some fresh dogs mess. 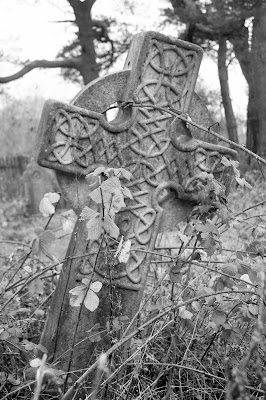 Leaving this place of the dead through a stand of Japanese knotweed and a newish wooden five-bar gate with a missing latch making its closing impossible, I left for the nearby Beeches house. A gully with a locally distinctive stonewall complete with a coping of slagstone led to this, another unmanaged urban green space. 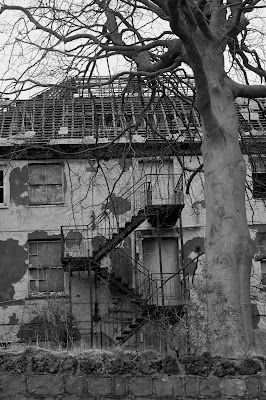 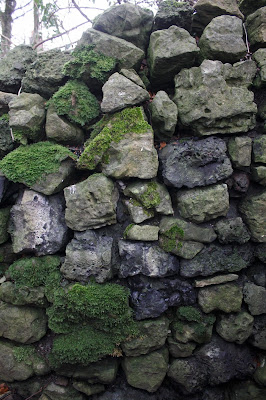 Ty Mawr or The Beeches is a large former NHS nursing home and before that a base for industrialists to organise grouse shooting parties during the Victorian times. Now disused the house and grounds have declined significantly. Several mature beech trees carry the penknife carvings of teenage lovers from the 1960's  - an unrecognised cultural subject. A small common duckweed covered pond was populated with debris including a chair. I looked for a makeshift headstone that I remember seeing a number of years ago that marked the grave of a dog that was probably a shooters companion, but this could not be found. A fallen tree colonised with what appears to be oyster mushroom was compensation. 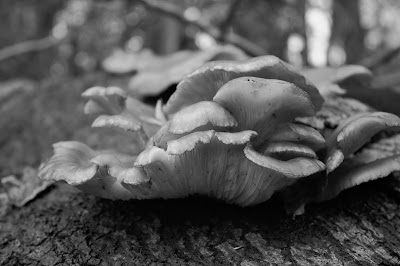 Posted by Valley Naturalist at 10:36 No comments: 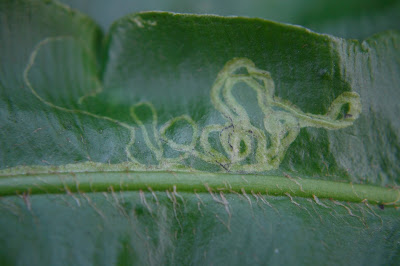 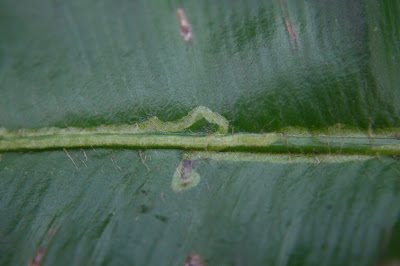 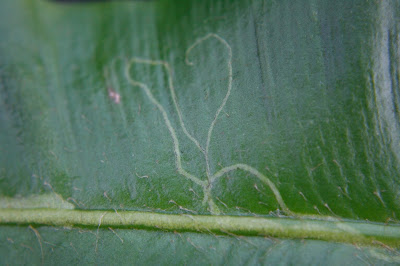 It seems an obvious statement but the study of leaf-mines is a somewhat specialist area of the natural history spectrum. Nonetheless having checked the leaf-mines website this one on hart's tongue fern appears to have been 'dig' by the larvae of the fly Chromatomyia scolopendri and something of an unusual occurrence west of the Wye Valley. This one was found today on the edge of a limestone quarry near to Lasgarn Wood, Abersychan.


Posted by Valley Naturalist at 18:48 No comments: 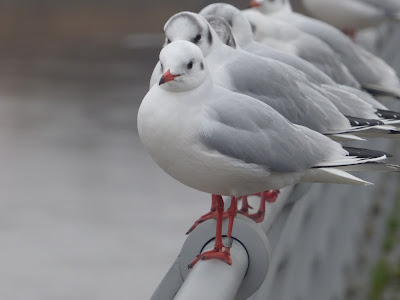 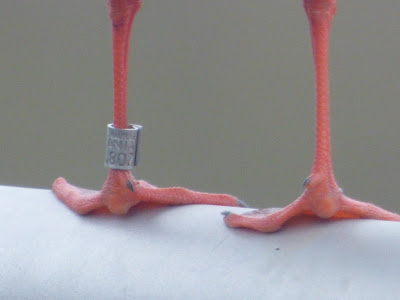 I re-visited Newport Riverfront on Sunday morning in the hope the Lithuanian ringed black-headed gull that I was previously unable to read the full ring number, would still be present. Thankfully it was and a complete number was obtained. There was also a Belgium ringed bird on view. However, today during my lunch break I located a second Lithuanian bird, this time a first year bird, at Cwmbran Boating Lake. I will submit via the Lithuanian ringing scheme website (and BTO) and let you know in due course. 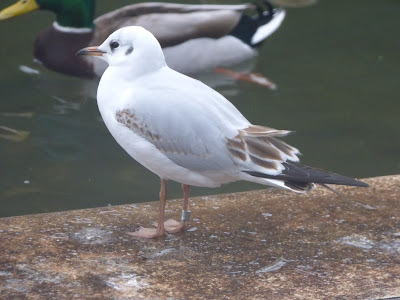 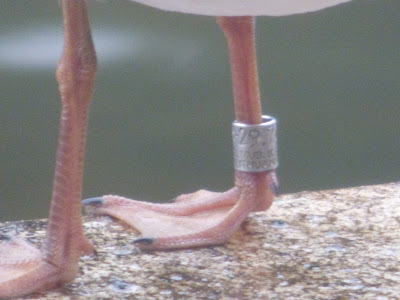 Posted by Valley Naturalist at 20:34 No comments: 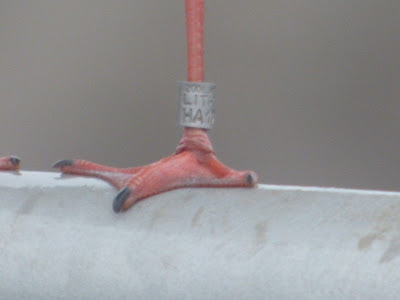 Having promised to give a talk as part of next years Gwent Ornithological Society's indoor programme on 'Ring Reading: An Exercise in Citizen Science it was about time I started to gather some more information otherwise it could look a bit threadbare. Armed with  a small bag of assorted scarps from pizza crusts, bread and stale chips I made my way in pouring rain to Riverfront, Newport. A very obliging population of black-headed gulls were happy enough to line up single fine on the riverside railings but none carried any rings. Moving position some 200 yards or more south ward past the University of Wales building I seemed to attract a different crop of birds, soon attracting a Polish colour ringed adult black-headed gull. With food waste running low I was delighted to also locate a Lithuanian ring bird that was a bit flighty which was frustrating as I wasn't able to obtain a complete ring number before food ran out. 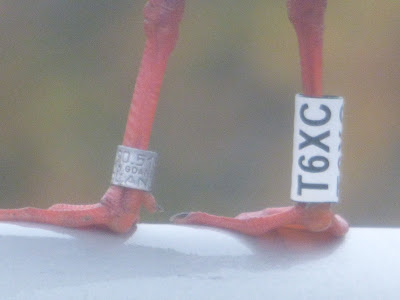 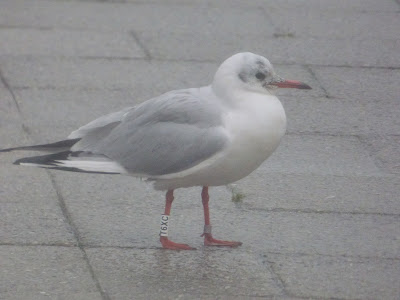 Leaving Riverfront to check out Tredegar House Lake I called in to ASDA for some of their own bread -33p a loaf. The good thing about this bread is that its baked stale, and if you doing believe me try some! A gathering of about 100 gulls made for a promising feel and soon it proved so with a German colour ringed bird among the scrum of squawking birds. 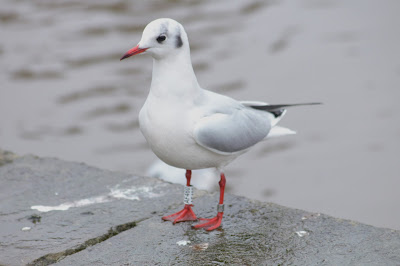 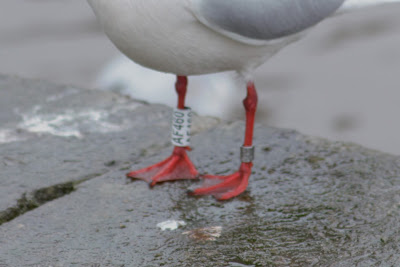 Posted by Valley Naturalist at 21:06 No comments: