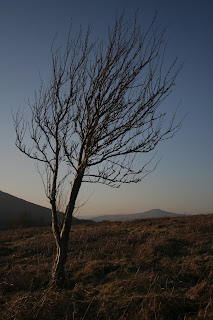 Coed y Prior Common between the Blorenge and the Mon and Brecon Canal was known to me as a teenager as its not far away from a nest box colony set up by Percy Playford in the 1970's to study Gwent's - or was it Monmouthshire then?- pied flycatchers. Yesterday evening I chose to exercise my right - not that I'm a commoner, well not in its agricultural sense anyway - to walk the common again.
The unseasonal weather had mistakenly given the impression of high summer and I was somewhat lulled into thinking the common would be alive with parachuting tree pipit, scalding stonechat, low flying hirundines, basking adders and clegs. In reality despite the blue sky and warm temperatures the common was characterised by dead bracken, bare silver birch and a deathly silence. 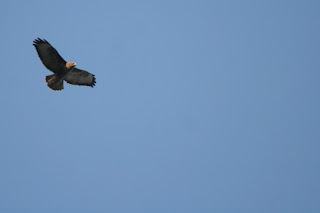 Ring ouzel while I wheatear 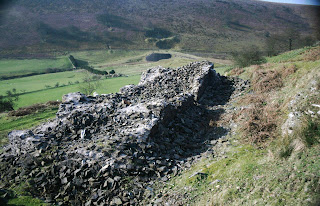 ﻿
For at least the last couple of years up to four ring ouzel have been recorded feeding on the sheep cropped  meadows around Big Pond at The British. Although all were passing through the habitat with its hawthorn trees, fence posts, grassland and lost farmsteads is usually a banker for this Turdus in springtime. 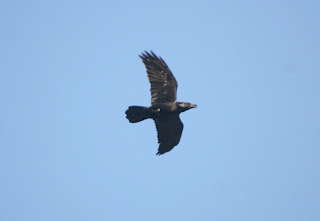 I hit the right spot by 8.30 pm without a murmur to suggest the birds were about. No characteristic fence post 'blackbirds' or vocal 'chucking' just the here and there of an overhead raven and at least a couple of pair of reed bunting tucking themselves in to the willow scrub that's now maturing in the marshy remains of the long drained Big Pond. 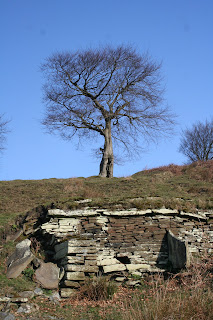 I moved on to take in the ram shackled remains of a lost farmstead surrounded by mature beech trees complete with tree carving in the hope of another banker for this area, the wheatear, but once again there was nothing to trouble the valley naturalist scribbling pad. Returning back via an elevated footpath past another long gone farm building this time surrounded by bracken and gorse at least two pair of stonechat were vocal. A parachuting pipit that was probably tree but could have been meadow was also noted. 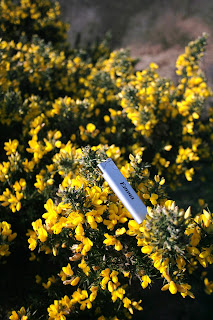 Back onto the heathland at The British where chiffchaffs  and lesser redpolls provided the ambience. Fly past small tortoiseshell, peacock and comma butterflies were to be expected. A discarded part-used smokers lighter displayed graphically how vulernable heathland is to wildfires during dry spells.
Posted by Valley Naturalist at 09:56 No comments:

Out of county or even country 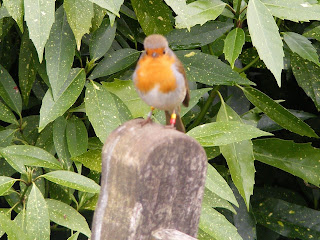 Looking out for colour rings has now become a family affair. My daughter who lives and studies in Bristol photographed this colour ringed robin in the grounds of Bristol University last week. This bird is part of a territorial study led by Ed Drewitt -see his blog for details. 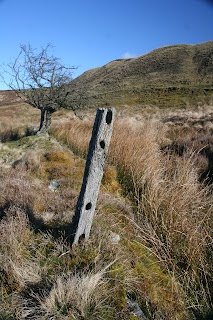 In 1973 Richard Mabey labelled it the Unofficial Countryside. Today geographers refer to the land between urban and rural as the edgelands. Edgelands are where you're more likely to travel to work or shop, its where the municipal recycling centre is and leisure facilities are located. Here too ruderal plant communities of both native and non-native species alike jostle for a toe-hold eagerly exploring the vacuum exposed by  frequent land use changes. Its the industrial estate car park that's supports a black redstart, the roof where gulls breed  and scan the area for discarded fast food or the landscaping that produce the berries for wintering waxwing. 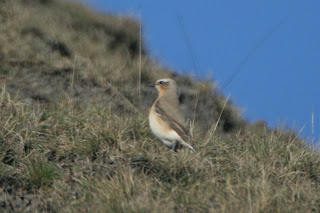 Yesterday's spring morning visit to the landscape around Blaenavon was a visit to an edgeland now championed as having global significance. This edgeland is a cultural landscape, despoiled by the utilitarian priorities of the industrial revolution but now rich in biological diversity.  Negotiating the track between a couple of small horse paddocks a pair of stonechat announced my arrival in characteristic style moving from fence post to stunted hawthorn to remnant drystone wall and back to fence post. Onward between  some large partly vegetated coal spoil tips I was able to locate up to three wheatear against the audible backdrop of fly past meadow pipit and the many displaying skylark.
Edgelands are an undervalued and unexplored resource. For some naturalists who view open agricultural landscapes with hedgerows ( if you're lucky) as the true countryside, urban edgelands are hostile no go areas not for the purist.
Posted by Valley Naturalist at 17:09 1 comment:

Movements of a Canada goose 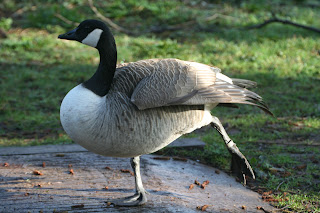 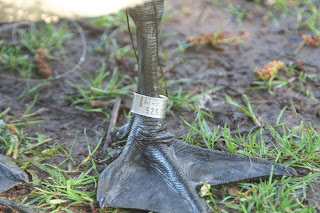 You will have noticed by now that I've tried to add a bit of value to my birding. On days when all that's on offer is usual mixed bag of common birds I've turned my attention to ring reading. With the spectacular increase in the distribution of Canada goose in Gwent coupled with the annual goose ringing round up at Llangorse Lake there's a fair chance a bird carrying a ring will turn up on ones patch.
Back in 2010 a bird did in fact turn up at Cwmbran Boating Lake carrying ring number 5257656. A phone call to Jerry Lewis and email to BTO was enough to determine it was in fact ringed as a first year bird at Llangorse Lake in 2009. Since 2010 I recorded the bird intermittently during 2011 and early 2012 at the Boating Lake. Yesterday whilst going about my weekend duties - before the game - I dropped in to Llantarnam Ponds whereby 5257656 appears to have paired up with an un-ringed bird. Whilst this is just a local movement it illustrates that Llangorse birds are moving into Gwent to fill vacant niches.
Elsewhere yesterday I picked up my first chiffchaff in song close to my home and a colony of about 15 pair of lesser black backed gull and 5 pair of herring gull on an industrial unit at Ty Coch, Cwmbran is worth a check for ringed birds in the not too distant future.
Posted by Valley Naturalist at 07:43 No comments: 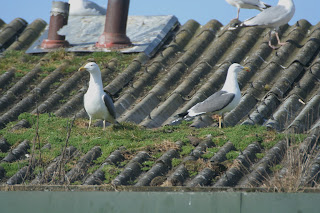 On opening my front door this sunny Sunday morning I caught sight of a hummingbird hawk moth as is flew powerfully by, only to alight on an hyacinth in full flower window box glory. It promises to be a good year for this moth and all your sightings should be uploaded onto the the Butterfly Conservation website - mine is!
Onward to Brynmawr in an effort to track down that colour ringed lesser black backed gull on factory roof. Approaching the town centre I was greeted by a six strong team of Community Payback 'volunteers'  busily de-mossing a blockstone roundabout. Manual labour and a lecture on the fruiting bodies of rare urban bryophytes in the context of compliance with the NERC duty - that should teach the lads they'll think twice before re- offending now.

Back to the gulls and I wasn't able to set eyes on the target bird so had a quick round robin of the nearby lakes. Nothing much to report but the usual assemblage of pre breeding wildfowl. 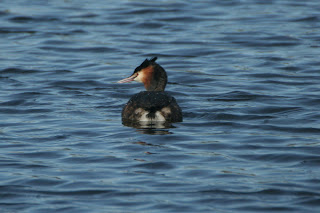 Posted by Valley Naturalist at 18:08 2 comments:

Up on the roof 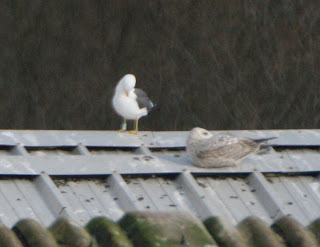 In amongst a mixed gathering of around 100  herring and lesser black backed gull on the roof of an industrial building close to ASDA Brynmawr was this colour ringed LBBG. But before I could organise myself to get a better pic they all took flight northwards never to return, suggesting the birds are roosting on some of the larger waterbodies in southern Brecknockshire.
Posted by Valley Naturalist at 19:11 No comments: