I couldn't wait any longer 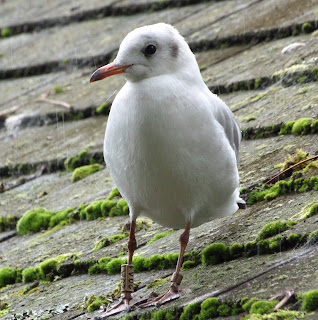 ﻿
With the list of 'no reply' colour ringed birds reported through the BTO website growing with every new sighting, my patience has finally run out. The colour ringed black headed gull noted from Cwmbran Boating Lake last week had a very similar number combination to another BHG from Tredegar House Lake on 25 August 2012 so after a touch of research I decided that bypassing the BTO was in order. Consequently an email to John Wells of the Cotswold Water Park Ringing Group was greeted with a positive response within six hours! So here it goes.

Posted by Valley Naturalist at 18:14 No comments: 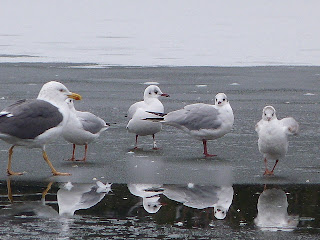 ﻿
Another 40 minute lunchtime sandwich break at the Boating Lake today turned in 100+ assorted gulls all standing proud on ice. No sign of the med gull today but a half dozen or so common gull were still present along with a single herring gull and 3 or 4 lesser black backs. However the vast majority of those birds were black headed gull with this one carrying white colour ring 2P14. Answers as to its origin on a postcard please! 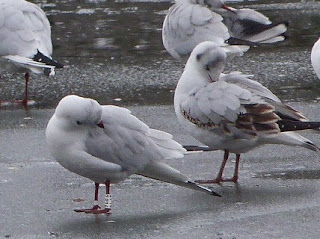 ﻿
Also kicking about was a single rather threatening ﻿mute swan, 12 Canada goose, 5 coot, 6 moorhen and many mallard.
Posted by Valley Naturalist at 19:49 2 comments: 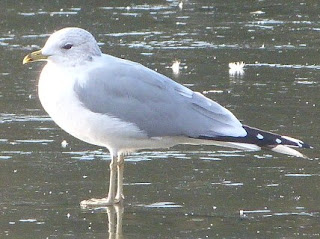 With the snow and sub zero temperatures now is the best time for gull watching. All those frozen lakes and ponds are just the ticket for brushing up on your gull field craft and tracking down the odd colour ring or two. This selection of gulls was taken mid week on the part frozen Cwmbran Boating Lake, note black headed gull with ring. 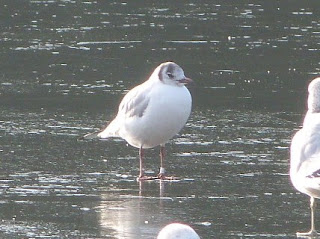 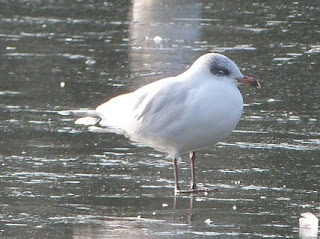 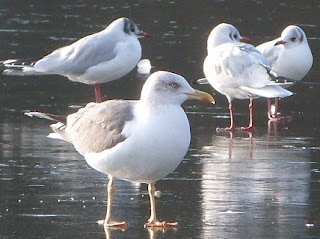 ﻿
Posted by Valley Naturalist at 19:40 No comments: 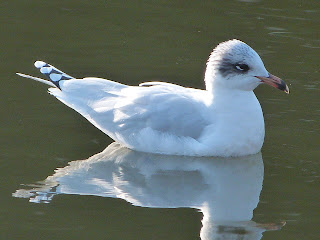 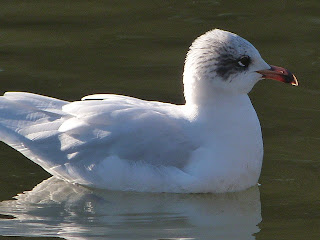 ﻿
A 2nd winter Mediterranean Gull at Cwmbran Boating Lake this lunchtime was a pleasing find but was tinged with disappointment as it didn't appear to be carrying that chunky colour band needed to set it off. Did show well down to less than 10 metres though. In compensation there's a Canada goose present with a metal ring but inconveniently took to water when I got within striking distance. Better luck next time.
﻿
Posted by Valley Naturalist at 19:47 No comments: 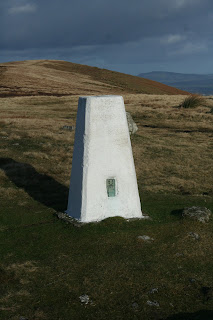 ﻿
On the southern most boundary of the Brecon Beacons National Park is Mynydd Garn Wen and at its highest point theres a triangulation point. Trig points, as they're commonly known, are a legacy of Ordnance Survey work from the days when field mapping was conducted by theodolite and ranging pole. Today aerial photography and GPS has rendered these as redundant as a Jessops sales adviser. 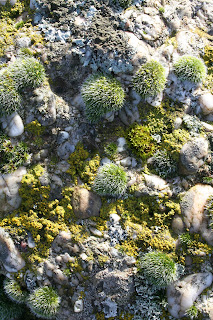 The trig point here is set on a bed of exposed and weathering quartz conglomerate. Large angular blocks of pebblely stone support bryophytes and lichens while fragments of eroded quartz scatter the upland landscape. 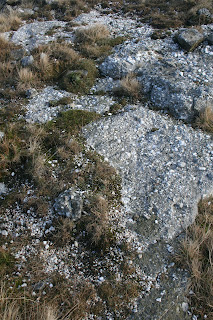 ﻿
Posted by Valley Naturalist at 19:52 No comments: 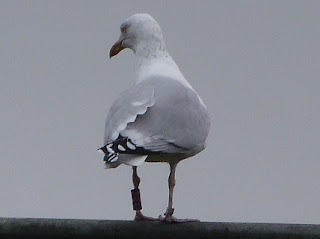 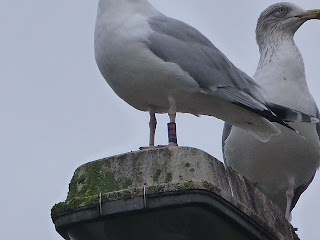 A colour ringed adult herring gull frequenting roadside lighting columns this week in Llanyrafon, Cwmbran originates from Gloucester landfill site. Blue 784 was first ringed at a site near Hempsted, Gloucester in 2006 then noted from Newport in 2007, this was followed by further sightings back at the landfill site between 2007-10. Thanks once again to Peter Stewart for the super fast turnaround of ringing information.
Posted by Valley Naturalist at 07:02 No comments: