Looking out for Gulls 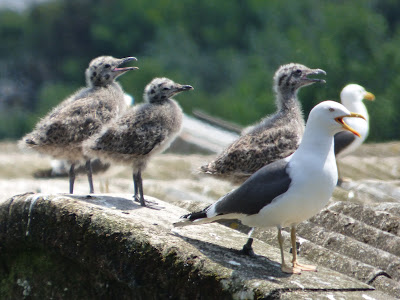 Gull watching is hardcore; shunned by many as just urban pests or just too difficult to get to grips with. But those who chose to embrace Laridae quickly become enveloped in a world of variable plumage, ring reading, winter roost watching and the befriending of other gull watchers through specialists blogs. However, gulls are not just for the winter birder, shivering in dropping temperatures awaiting a roost to build on a local reservoir, gulls, are all year round value with breeding interest in the spring to early summer movements from June onwards. 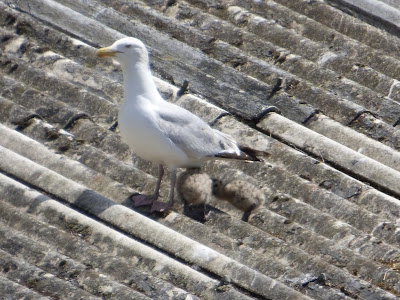 As I write there is already a hint that post breeding movement is underway. Black-headed gulls are turning up at some of our best sites after breeding, and yellow-legged gull, especially, non breeding sub adult birds, start to appear from late June onwards. With this in mind I took to a loop around the Riverfront, Newport at low tide hoping for something more attractive than just the local rooftop breeding herring and lesser black-backed gulls. 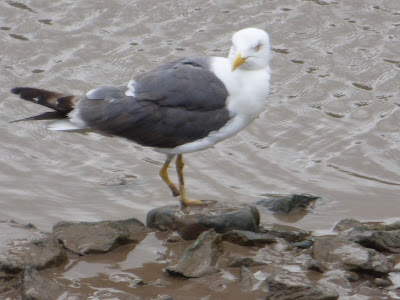 Although there was a pleasing count of birds along the tide line none were significantly different enough to warrant the scrutiny needed to separate a sub adult yellow-legged from a rank and file herring. But like many who's life is scratching a living from the often unforgiving urban environment some birds display the scars of this life style choice,often manifested by foot deformities. There was an adult lesser black-backed gull with a foot amputation and a rather bleached sub adult herring with a twisted foot at a right angle to its other. 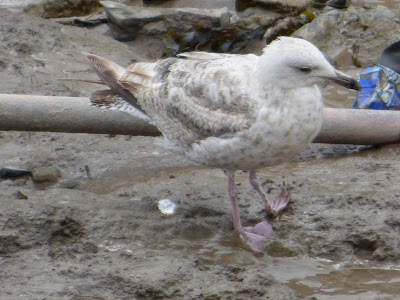 On the roof top in Brynmawr there are currently hundreds of gulls, swollen by the young of another successful breeding season. From my observations it seems the lesser black-backs start to breed earlier than the herring gulls resulting in the youngsters showing more maturirity. Disappointingly the pair of great black-backed gull that have nested for the past two seasons at this location appear not be present this year.
Posted by Valley Naturalist at 08:39 No comments: 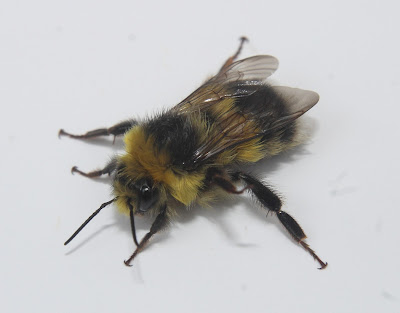 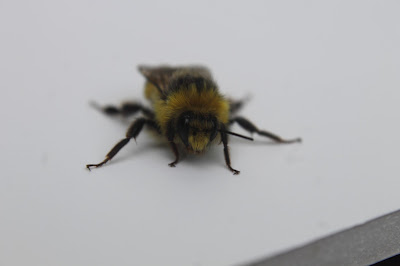 Photographed this little beauty at Blaenserchan recently. Its a heath bumblebee (Bombus jonellus), rather attractive bee with three yellow bands and a white tail. Note the heart shaped face that distinguishes it from the garden bumblebee (Bombus hortorum) and the yellow that makes it a male. Bumblebee Conservation class this species as common yet Aderyn the Welsh Local Records Centre database only shows two records for vice county 35.

Posted by Valley Naturalist at 08:30 No comments: 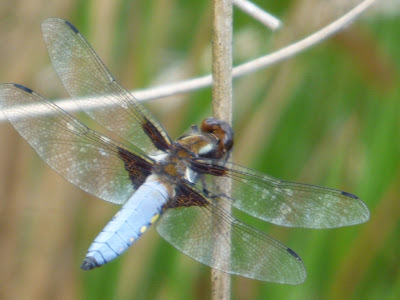 Yes, I'm baised, but Garn Lakes Local Nature Reserve is a super wetland site, of ponds, lakes, reedbeds and marshy grassland. Credit to all those in Torfaen Council (and partners) for managing the site so well! A whistle stop visit the other evening was sufficent to record a number of odonata, the colourful hoverfly (Leucozona lucorum) and a jumbo queen buff-tailed bumblebee. Well worth a visit. 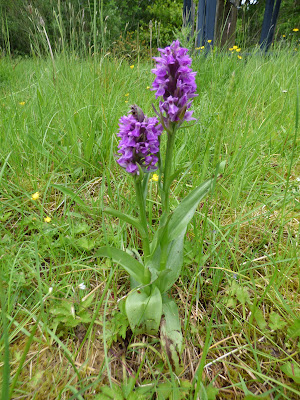 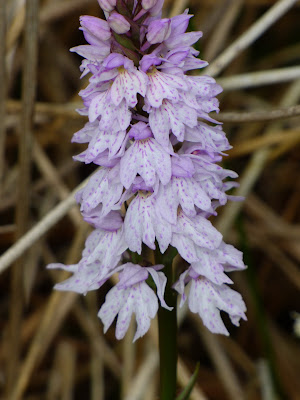 Posted by Valley Naturalist at 07:55 No comments: 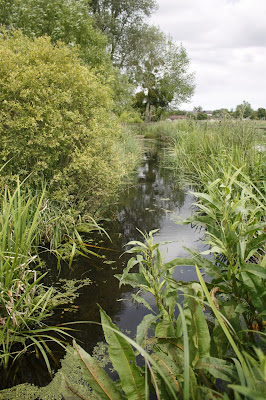 The prospect of a variable damselfly and an unsual longhorn beetle was sufficent motivation for the drive to Magor Marsh last Saturday afternoon.Nice to see some young families using the reserve and a digiscoper photographing I know not what from the hide.


Mistletoe often resides in tall trees, out of reach to a naturalist with a sweep net. But there are some more accessible clumps on the reserve that I adjatated with my net. This produced several examples of the mistletoe bug Pinalitus viscicola. 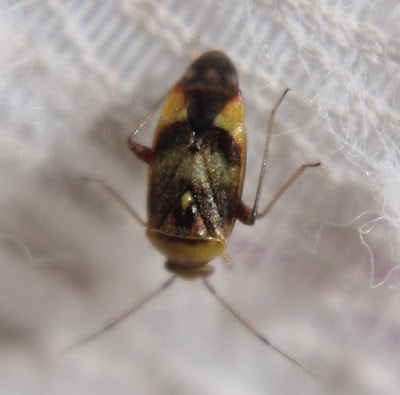 Cetti's warbler, reed warbler and reed bunting could all be heard as I weaved my way over the snaking boardwalks to the meadow beyond. Here there were many blue damselflies but none could be made into a variable. Botanically it was nice to record a few saw wort specimens along with marsh ragwort. One of the many bird boxes was home to a triving nest of tree bumblebee. 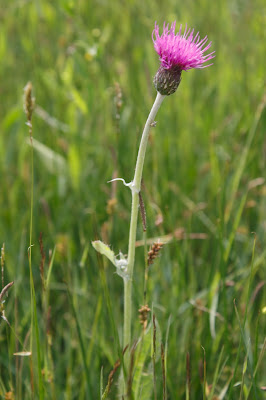 Posted by Valley Naturalist at 20:51 No comments: