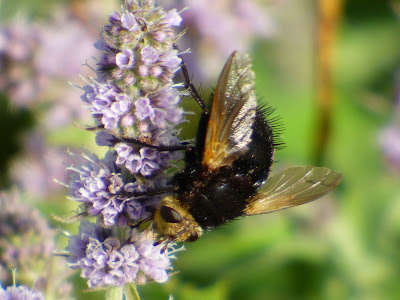 Leaving Garn -yr-erw there's an area of cleared land that once supported a couple of rows of miners cottages. All that now remains is the green space that was once the back gardens of these properties, complete with remnant garden plants. Flowering garden mint (Mentha sp.) continues to thrive among the overgrown vegetation. As with many flowering plants at this time of year, they prove very attractive to insects. A patch of two metre square mint was home the the giant fly Tachina grossa; a single mint moth Pyrausta aurata and a strong population of green tortoise beetle Cassida viridis. 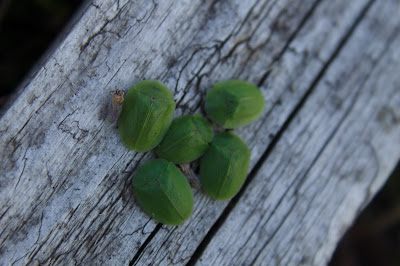 Posted by Valley Naturalist at 19:53 No comments:

Crackling and a cackling 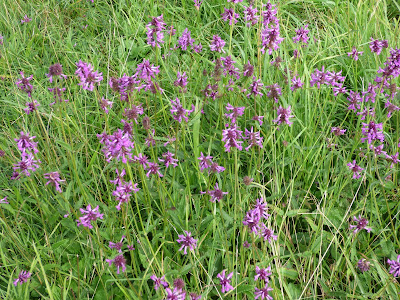 With the massive industrial size aerator now gone, car parking at Fisherman's, Llandegfedd Reservoir was easier, so I took full advantage by simultaneously opening both back doors of my car whilst togging up for my visit.

A fisherman repeatedly threw stones at a family of mallard invading his swim as I blazed a trail along the west bank. A group of around 80 Canada goose supported the putative cackling goose that's at least half the size of a regulation Canada. Two birds carried standard BTO metal rings that were too far away to read. This is where colour ringing produces much better results!. A large stand of flowering betony was a pleasing find as I shuffled my way onwards through the meadowland. 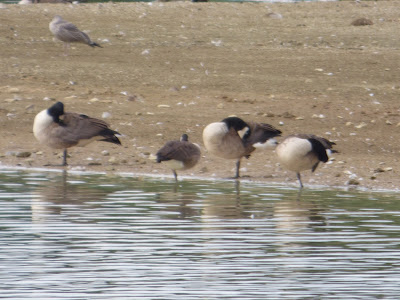 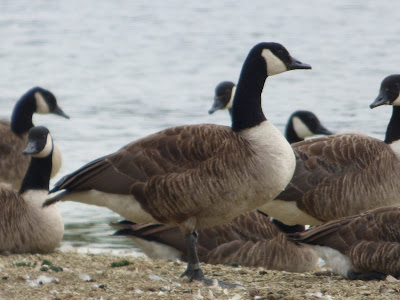 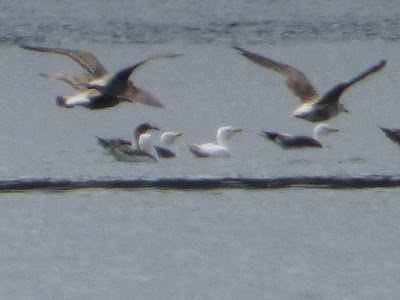 Birding centred on accumulations of commoner waterbirds. The aforementioned 80+ Canada goose were supplemented by approaching 100 cormorant, 75 + great crested grebe and a raft of 150+ assorted gulls, complete with a variety of species, and ages thereby offering the best opportunity for birding. 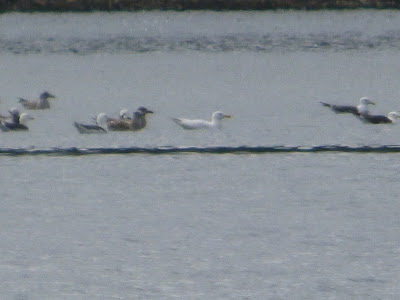 Most of the gulls were lesser black-backed with a few herring and black-headed thrown in for good measure. A couple of suspect yellow-legged went unconfirmed. There were two adult great black backed gull positioned on convenient bouys. However one bird stood out. A leucustic bird was clearly visible reminding me of one photographed on the River Usk, Newport several years ago.

The visit ended with a march around The Island and Green Pool where a little egret, three common sandpiper and several calling reed warbler where the only notables. What was remarkable was the number of  singing Roesel's bush cricket. Their crackling song was widespread.
Posted by Valley Naturalist at 08:33 No comments:

Not all of the colour-ringed gulls I find on my travels and near continent movements. These two birds are likely to be dispersals from the work of Peter Rock in urban Bristol. 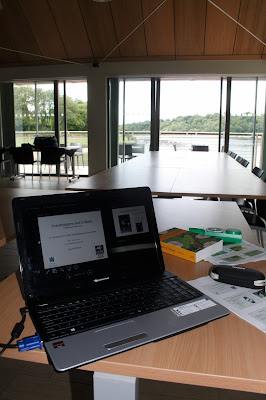 It's my 'just in time' approach to project management that had me finishing off my presentation for the recent Gwent Wildlife Trust Grasshoppers and Crickets training course just the day before it need to be rolled out. Despite my misgivings about cumulative SSSI impacts by stealth, Welsh Water's Watersports Centre at Llandegfedd Reservoir was a nice venue for a course. Spacious room and balcony over looking the reservoir was complete with excitable teenagers, canoeing, falling in and screaming with adolescent fun - those were the days! 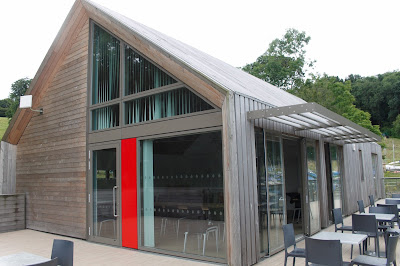 A friendly bunch of attendees stoically endured my morning biology and identification Powerpoint session. After lunch it was in convoy around the lanes to the Glascoed end of the reservoir for a couple of hours of practical field work. We were joined by Gavin Vella who had been out all day waiting for the summering osprey to appear instantly pointing a large moth, probably red underwing, resting motionless high up on tree trunk. 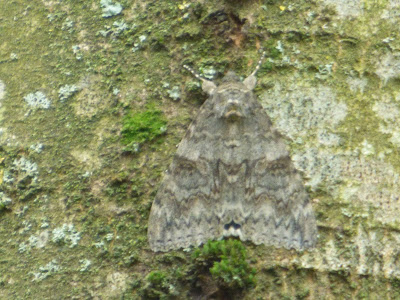 The troop of budding orthoperists moved on to the nearby meadows where excitement was barely contained as Roesel's bush cricket was netted followed quickly by long and short winged coneheads. Further vegetation bashing turned in meadow and field grasshopper and speckled and dark bush cricket. A successful day was rounded off by some keen naturalists sniffing and reeling back at the pungent smell of a potted sexton beetle caught by Elaine Wright. The smell of death is the trademark of this coleoptera. 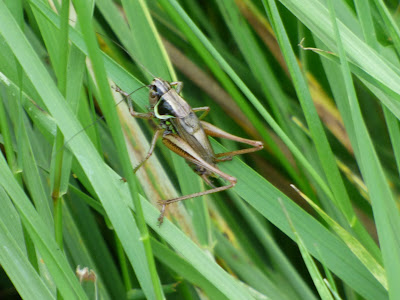