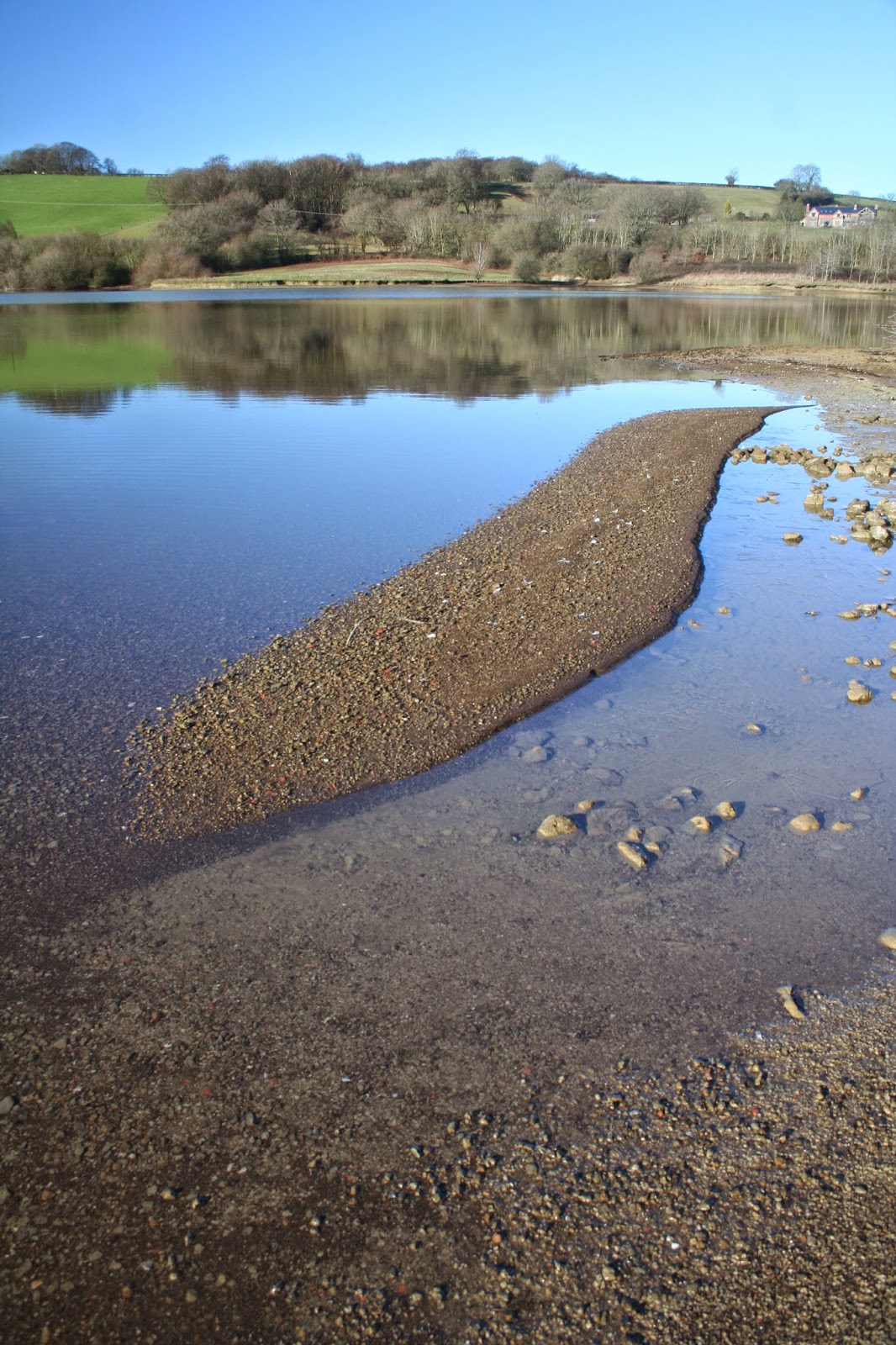 There was once a time when a mid winter visit to Llandegfedd Reservoir would be dominated by hundreds of grazing whistling wigeon. Seems this evocative scene is now history. Yes sure enough wigeon can still be found but in far fewer numbers than previously. Its a measure of how this site has lost its wildfowl mojo that Sunday's visit involved long periods of padding out with strandline searching. I did however find a dead cormorant not washed up on the strandline but in a grassland near to the Fisherman's car park. Finally 'twas nice to chat to Stephen Shutt who was conducting the monthly wildfowl count he had earlier recorded an over wintering chiffchaff.

I carried a pencil 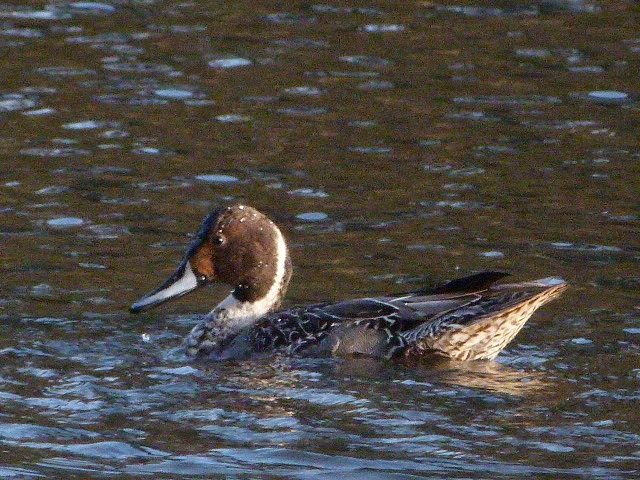 It was fate that on a day when the French turned out in their millions to demonstrate against a bloody challenge to democracy, I found myself walking around Tredegar House Lake with a pencil wedged between the pages of my naturalist field note book - Je suis Charlie! That said my attempt to fashion a satirical cartoon out of an up-ending pintail failed miserably. 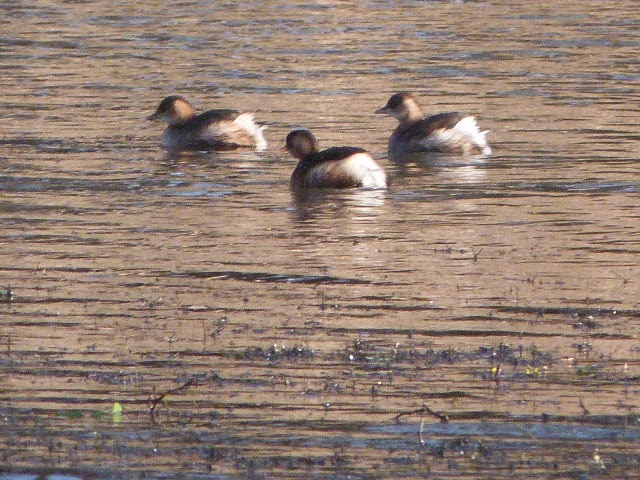 The lake was well populated with water birds with gulls preferring the open water and wildfowl tucked into the shelter of the tree and reed fringed western end. The count was therefore reasonably healthy with a single male pintail, two mute swan, singles of grey heron and cormorant, eight little grebe, 18 tufted duck and a population of coot, moorhen and mallard. The raft of gulls included four herring, a single lesser black-backed, c 200 black headed and a single adult winter Mediterranean. To finish off a lap around the outskirts of Tredegar House in the hope of a black redstart produced nothing more an goldcrest, goldfinch, mistle thrush and pied wagtail. 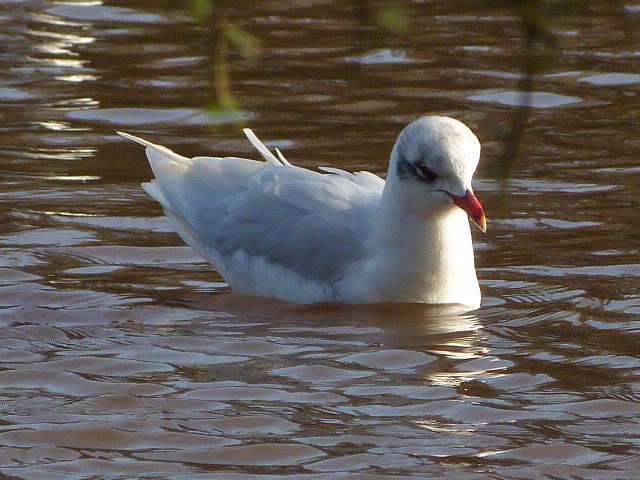 Posted by Valley Naturalist at 18:03 No comments: 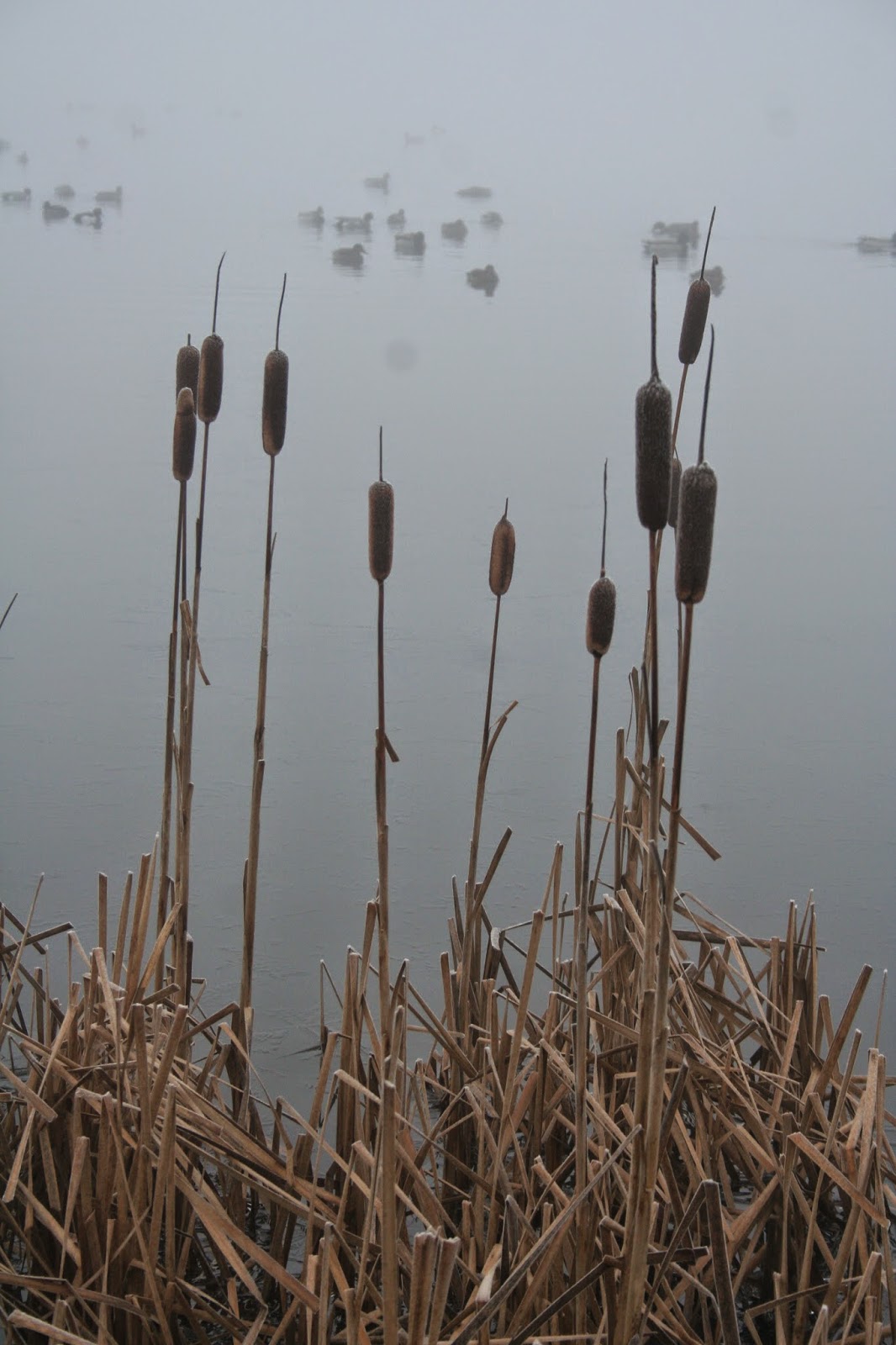 As I approached Brynmawr it became evident that heading north this morning was something of a mistake. At no time during my entire two hour visit to the lakes of north west Gwent did the fog lift beyond 20 metre visibility.

At Bryn Bach Park the freezing fog rendered the walkaways almost inaccessible with ice as I tried to pick out the wildfowl from the gloom. Birds in view included a couple of great crested grebe, 9 goosander, 4 pochard, a single cormorant, 4 Canada goose and good numbers of coot, mallard and tufted duck. The rather confiding female shovelar was still present came close enough to show its pink plastic coiled ring.

At Beaufort Ponds thankfully a modest gathering of wildfowl were close in, including 4 mute swan, 26 wigeon, 3 pochard, a single female goosander and 5 tufted duck.

Posted by Valley Naturalist at 18:16 No comments: 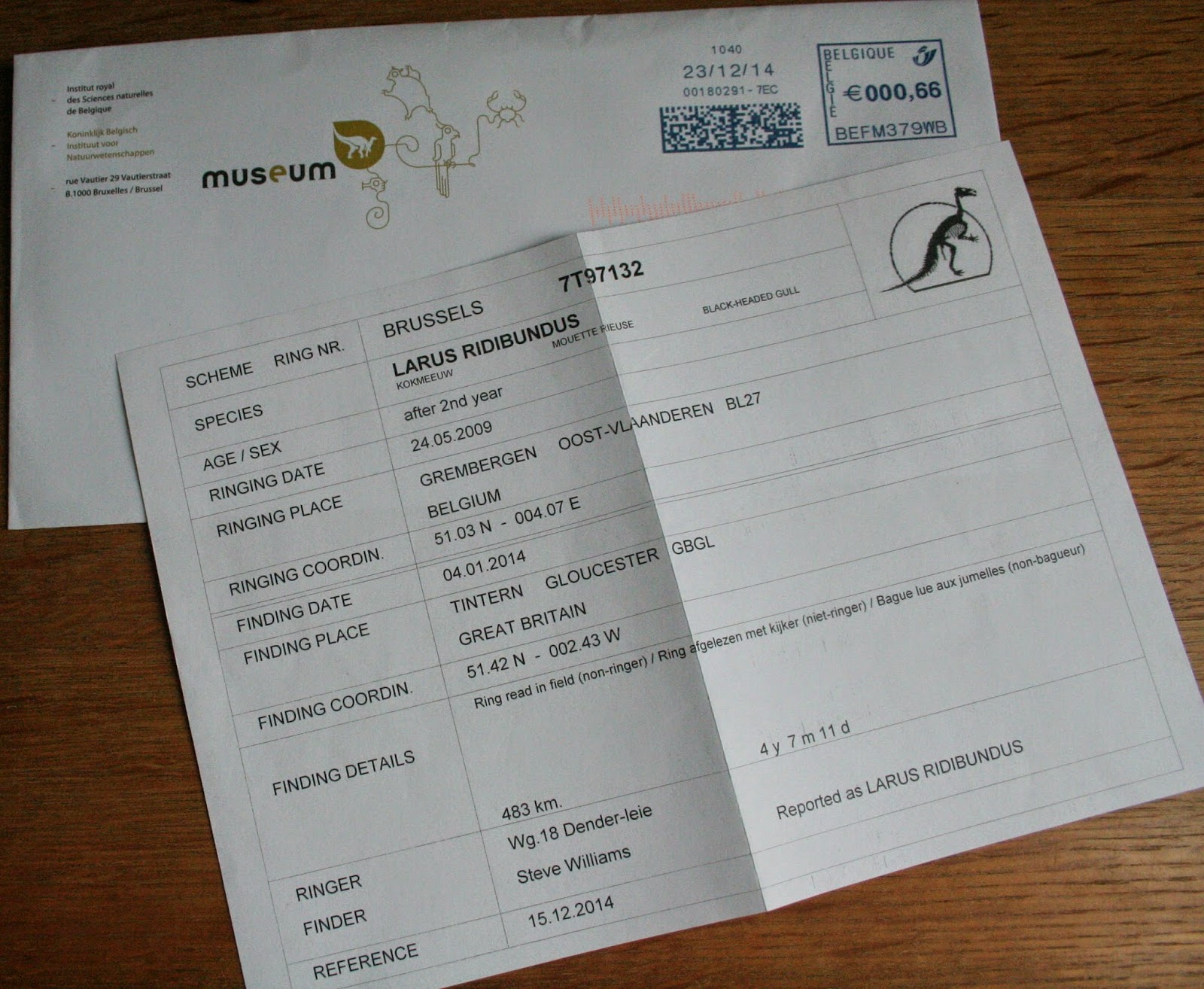 Its interesting how the administration of ringing schemes vary from country to country. Take the Icelandic scheme for example if you have a relevant ring or darvic number you are able to get an instant answer to your query by interrogating their online system. Contrast this with the Belgium scheme which still operates on the snail mail approach. The above letter arrived in yesterdays post providing details of a black-headed gull noted from Tintern in early 2014.
Posted by Valley Naturalist at 18:43 No comments: