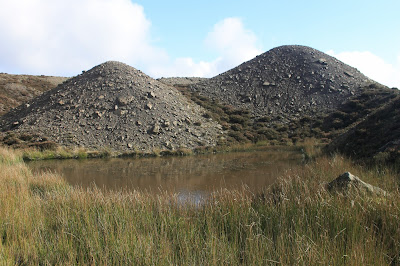 With a record of the infrequent pond mud snail (Omphiscola glabra) from nearby Brynmawr I tried my luck with a search of the myriad of ponds in and around the Canada Tips area of Blaenavon. Arriving at a pull-in to the west of Keepers Pond I was instantly confronted by several tame sheep anxious to see if I had a spare cheese sandwich or something else edible. The wind was brisk and had an edge that said winter is on its way. The good thing about this location is that its not far to the first aquatic point of investigation, a shallow yet extensive habitat dominated by common spike rush and lesser spearwort with a linear tract of open water that's clearly the product of four wheel drive activity. Ten minutes or so sweeping through the murky water produced no molluscs at all the best finds centred on a single palmate newt and many greater water boatman.

A lone meadow pipit called as I transversed the hillocks of coal and sandstone spoil to the next watering hole. This pond was deeper nestling at the foot of several towering tips providing enough shelter and warmth for a common darter to alight on the stony track. To my surprise a man walked by with a dog on a lead, my greeting was met with silence. Maybe he was nervous and surprised to encounter another person in the heart of Blaenavon's former industrial landscape on a midweek afternoon. Otherwise he was hard of hearing. Whatever the reason he was soon out of sight and I commenced with my objective of finding the elusive pond mud snail. Despite a prolonged effort and another couple of palmate newt later I draw another blank and moved onto a find the next pond. 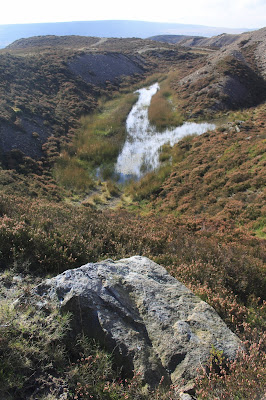 This one has featured in this blog before as an example of how off road driving is inadvertently keeping small water bodies from succeeding to vegetation dominated marshland. This was a much more fruitful site, not because there were any pond mud snail here either, but for an increase in species variety. An example of the large black ground beetle Carabus problematicus was found drowned and a late black darter dragonfly repeatedly alighted. There were at least two species of pondweed (Potamogeton spp). This group of plants is notoriously difficult to identify to species level. To compound the identification dilemmas I dragged up just one mollusc not the target species but one of the pea mussels (Pisidium spp.) that are also a touch tricky to sort out. 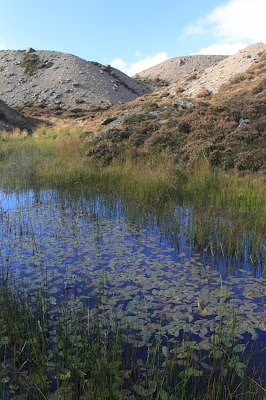 Posted by Valley Naturalist at 19:16 No comments:

More Wigeon at DSP than LR 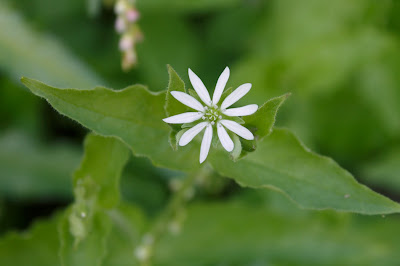 Catching up on a bit of leave from work has given me the opportunity to get around a few waterbodies I've neglected of late. Recent engineering work at Dunlop Semtex Pond, Brynmawr has resulted in a marginal reduction in water levels, this in turn has produced a useful draw-down area but also promoted a growth in submerged macrophyte vegetation proving an attraction for grazing wildfowl. Although I wasn't able to find the recently reported female shoveler a pleasing count of 48 wigeon with a supporting cast of many, coot, moorhen, tufted duck, mute swan, mallard, great crested grebe and 45 Canada goose. The Dutch colour ringed cormorant was also present sunning itself on one of the floating islands.

Previously a visit to Llandegfedd Reservoir was notable for how little bird activity there was. Four teal was about the long and short of it. Its a paradox and a measure of SSSI mis-management by stealth that DSP now supports more wigeon than LR. Whatever happened to those large grazing flocks? With a scarcity of avian interest I turned my interest other taxonomic groups. Water chickweed was still in flower and some stone turning was good for ground beetles.
Posted by Valley Naturalist at 13:42 No comments:

Two quid. you must be joking! 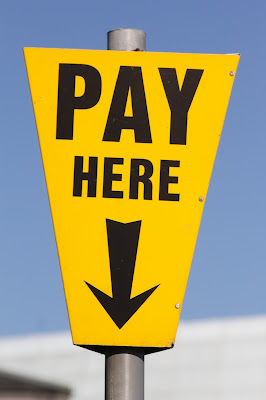 I sometimes wonder who reads this frequent (recently in frequent) narrative of my nature rambles. But to the small collective of individuals who do, you will have picked up that one of my regular winter venues is the nice comfortable environs of the Riverfront in the heart of urban Newport. Comfort of course is subjective as anyone encountering the wind whipping up this part of the River Usk on a January morning will question this assertion. However refuge from the biting wind can be obtained by using the convenient Sunday morning free car parking status of the Riverfront car park, that is until recently. It now seems Newport City Council has introduced a new £2 car parking tariff. This of course is blatant opportunism as the said parking facility is opposite the Friars Walk shopping emporium. Local authorities tend to get excited at the prospect of generating additional income to a point where nothing else matters but the money. I'd be surprised if any consideration was given to the wider well-being benefits of free Sunday morning car parking for those, like myself, who wish to enjoy the riverside walk rather than shopping for cherry red lip gloss. Not to be deterred by this punative penalty on non-shoppers and now displaced to parking in a nearby residential area, I made my first visit to this site last weekend. 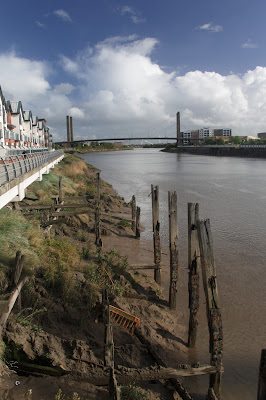 I blame it on the unpredictable biorhythms of the male menopause in not sorting out the tide times and arrived at high tide which is not best for birding. But to my surprise a party of 40 or more redshank were squeezed onto a small patch of exposed inter-tidal mud. A few images were obtained before all birds took flight disappearing down the river and out of sight. As a muddy fringe of a falling tide started to appear so did the gulls, but there was little to dwell on save of a metal ringed black headed gull. This bird only stayed briefly but appeared to be carrying a Lithuanian ring. 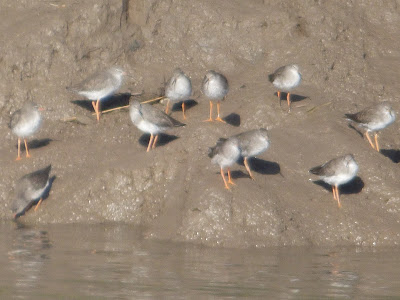 Posted by Valley Naturalist at 17:59 No comments: