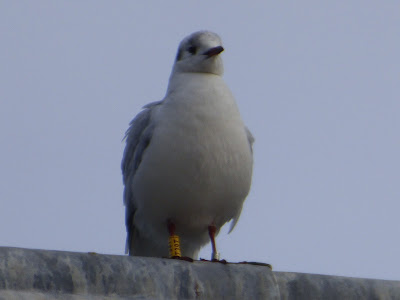 I write this in the midst of yet another cold - that's three within a month! All this illness has reduced my enthusiasm for chasing waxwing, in fact most other avian attractants for that matter, although its nice to see my predicted promise posed by the berry laden ornamental sorbus around Trevethin shops near Pontypool has now been realised.

Nonetheless between bouts of feeling sorry for myself I've squeezed in the odd truncated de-motivated visit. Last Sunday morning I was in and around the relative comfort of Newport's Riverfront promenade. Now reading some of my past postings you will have undoubtedly noticed my willingness, not only to communicate my personal interactions with wildlife but that of the people I encounter along the way as well. We must not forget that humans are also a species and deserve the same meticulous attention. So when propped against the chunky riverside railings scanning the assemblage of loafing gulls my attention was drawn to the light hearted chatter of a party of 20 + approaching community payback litter pickers. Some were resplendent in the summer plumage of yellow tabards others more drably coloured in sub-adult plumage. As they got closer the verbal interactions and vocalisations between the group got louder and on passing me one hapless attendee felt confortable enough to offer me some ill informed advice as to the value of the River Usk. 'Ha ha, you won't see anything in there except for fucking rubbish, ha,ha, ha......'. He is of course entitled to an opinion, an opinion that no doubt still resonates with many and was arguably the driving force behind the aspirational Newport barrage. Contrary to this rank and file popular belief as to the value of intertidal habitat we as naturalists understand the rich diversity offered by riparian mud.

Leaving the Riverfront I called into Tredegar House Lake, A large gathering of around 200 black-headed gull was all that was note worthy. Making my way around Tredegar House itself I noted an additional group of black-headed gulls perched in single file along the the ridge tiles of the courtyard buildings. This made for easy observation of birds carrying rings. I quickly came across two with metal rings followed by another couple with yellow darvic rings. Following some internet research these are considered to be polish birds. In stark contrast to my earlier interaction a couple asked what my interest in the gulls was. I explained showing them some images of the birds with rings, this icebreaker revealed that their daughter and son in law were BTO members.
Posted by Valley Naturalist at 09:05 No comments:

Now that's what I call December. 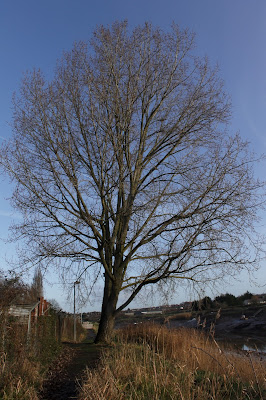 I can't remember a December like it, snatched birding due to a myriad of other time consuming obligations and to top it all two separate bouts of illness. The first, some bug that almost prevented me from delivering my 'ring reading' presentation to Gwent Ornithological Society members and then to round off the year nicely I was struck down by a heavy cold just after Boxing Day that resulted in three days in bed, followed by an extended period of miserableness. So this posting is a compilation of end of 2016 highlights, albeit few.

First up is my relatively new urban birding venue of Newport River(Usk)front. Easy access make for good gull watching with some birds carrying rings. A recent short visit produced just a single long staying first calender year colour ringed Herring Gull origin Bristol. Because of the imposition of Sunday car parking fees I now use a nearby residential area, giving me the opportunity to explore a part of the River Usk margins hitherto off radar. A large green space with play area contained some nice mature trees many adorned with bat and bird boxes and was a worthy sight (site). This got me investigating further and around the back of an allotment plot growing just at high tide level was a Black Poplar. Now care needs to be taken when identifying one of the rarest trees in the British Isles as many hybrid Black Poplar have been planted but there were s few features that suggest this is the genuine article. I'll re-visit when in leaf to confirm, fingers crossed. 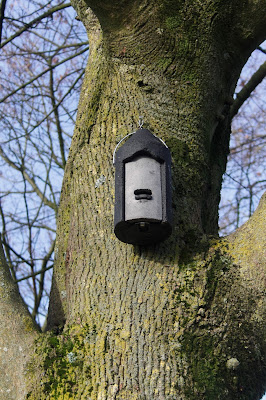 Elsewhere a couple of visits to the ponds around Brynmawr were notable for the numbers of birds present. This is particularly relevant to Dunlop Semtex Pond where up to 60 Wigeon have been around for most of this early winter period. Augmentation is provided by Coot, Mallard, Tufted Duck, and over 100 Herring, Black-headed and Lesser black-backed Gull. The newish floating island has benefited the local Cormorant population with around six regular birds including the long staying Dutch ringed bird. A quick visit yesterday produced a male Shovelar at DSP and a pair of Gadwall at Beaufort Ponds. Here's hoping for a better start to 2017! 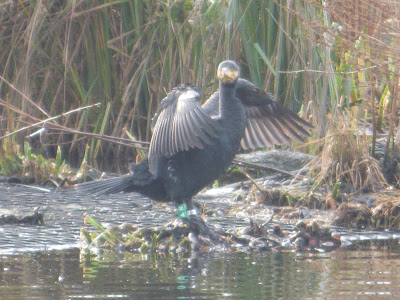 Posted by Valley Naturalist at 09:59 No comments: