On the margins of a SSSI 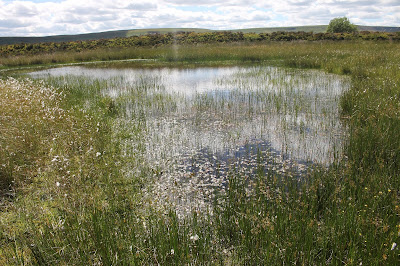 Who drew the boundary around the Blorenge Site of Special Scientific Interest (SSSI)? Come on own up! Was it a task of a fresh faced, unsupervised, Youth Training Scheme operative with map and felt marker or was an informed judgement driven by Ratcliffe's criteria. Either way I scratch my head as to why the varied mosiac of regenerating coal tips of dwarf shrub heath and associated bog pools that occur on its western margins were excluded. In fairness this SSSI was designated in the 1970s at a time when coal was still king and the tips in question would not have had the vegetational development as today. Even so there was clearly a lack of vision in the drawing of this boundary. My view, and one that is only based on anecdote, is that unconscious bias played its part. There couldn't possibly be any nature conservation value in the spoils of industrial activity, lets play a straight bat and draw the boundary around land that's got none of them bloody horrible coal tips! Better to focus on the 'naturalness' of keepered moorland that was fashioned by the local iron masters for grouse and wader shooting.

With that off my chest, I made a couple of mid month visits to this second class habitat, one that's done its revision and is doing its best to be accepted by the SSSI, just like a working class student hoping to attend Oxbridge.  On the well worn footways that are outside of the SSSI but that eventually take you into the site are masses of flowering wild thyme. On this low growing herb the pollinators were plentiful, including honey bee, heath and bilberry bumblebees. Here too some of the thyme displayed the characteristic fluffiness of thyme gall mite Aceria thomasi.  Towards a part drained industrial reservoir a number of butterflies were on the wing. Notably, dark green fritillary, small pearl bordered fritillary, marbled white, small heath and the first grayling of the summer. At the waterbody good numbers of scarce blue tailed damselfly and emerald damselfly were present. On a patch of bare ground I found a dying horsefly that turned out to be the first county record for the golden horsefly, a specialist of upland bog pools.
Onto the nearby Balls Pond. This too is a product of Blaenavon's industrial heritage but still contains a substantial body of open water. Here some of the larger dragonflies were on the wing, including black-tailed skimmer and four spot chaser. 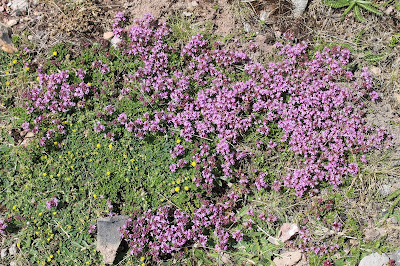 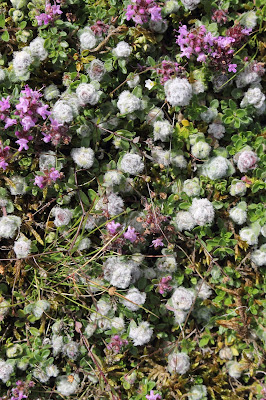 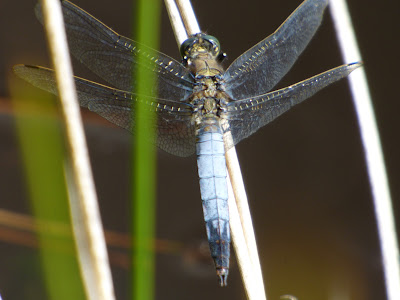 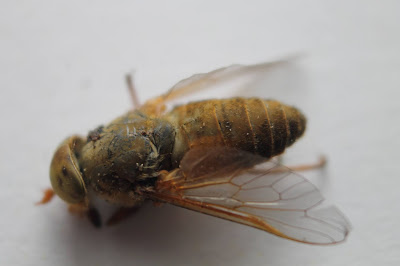 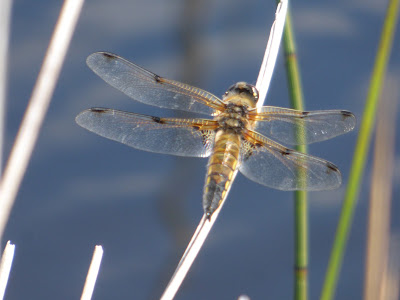 Posted by Valley Naturalist at 08:03