A nip in the August air 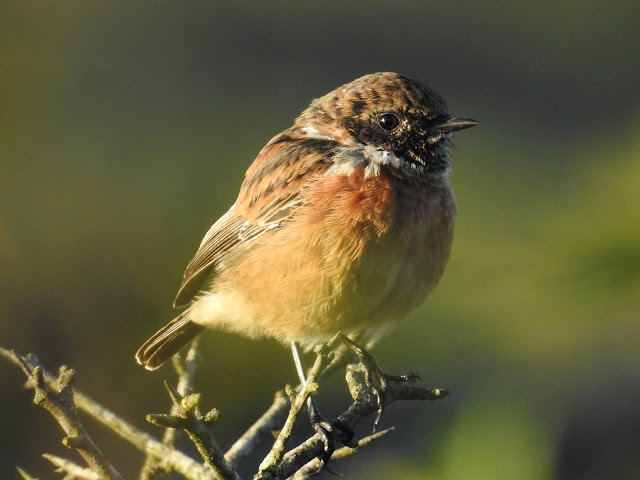 A nip in the late August air had me searching my pockets for a pair of gloves. The exposed landscape of the Blaenavon hinterlands can be unforgiving at the best of times but was a little unexpected in the run up to the Bank Holiday. The pockets of a naturalist's coat can be busy, mine is no different; an unsharpened pencil, a few small mollusc shells, some dried vegetation in a pot that may take a bit of explaining in front of law enforcement and a fossil, the only thing missing was a copy of I-Spy book of birds.

My oft-trodden path to the wider envions of Garn yr erw was made a little easier by the actions of footpath clearance, but once through the metal field gate it was back to the rugged acid grassland dominated features of that randomly disposed of coal spoil. The interface between enclosed grassland and the wider unrestricted access of the uplands is often just a post and wire fence or dry stone wall. At this time of year these vantage points can be rich pickings for viewing the autumn movements of ffridd-land birds. Today was no exception. The familiar metallic scolding call of a stonechat was soon detected and a reed bunting briefly showed.

It was too early in the day for dragonflies and damselflies but the former industrial ponds around Garn yr erw were nevertheless very picturesque. A single tufted duck took flight in a rather laboured way. A couple of wheatear moved around the remains of a drystone wall and five red grouse were spooked from nearby heather. 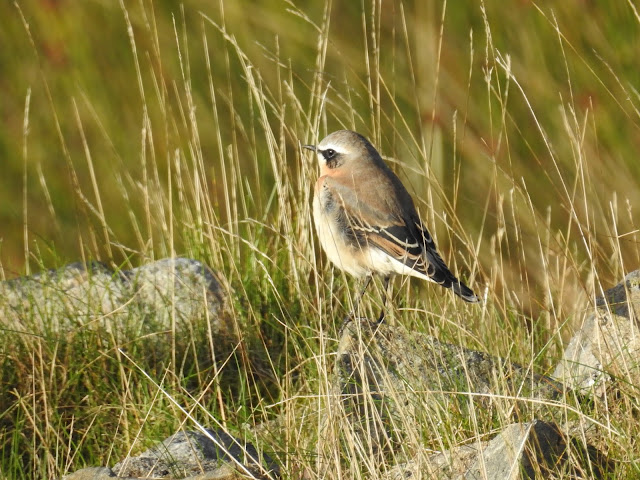 I made my way to another water body, part of the hidden nature of the Blaenavon landscape. But, maybe not so hidden as I thought as yet another painted stone marked the presence of visitors during the Covid-19 lockdown. Where the wet heath bleeds into this large expansion of standing water there is a thriving population of flowering round-leaved sundew. 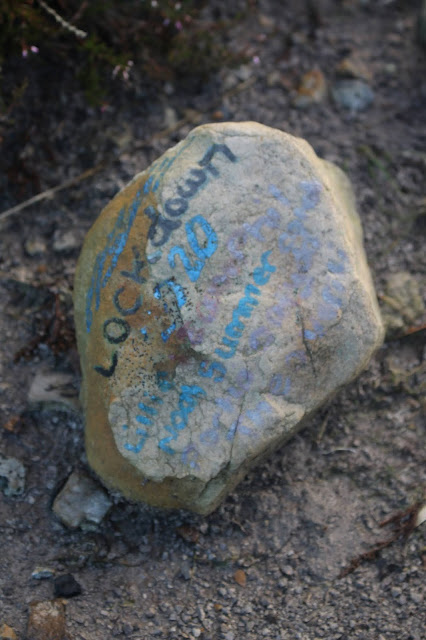 Back via the now disused farmstead of Tyr Abraham Harry a few solitary trees caught my eye. Most were straggly hawthorn battered and shaped by their exposed location, but one was different. A crab apple tree complete with lichens was the most significant. These few trees were situated on a bank that is clearly a remnant field boundary. 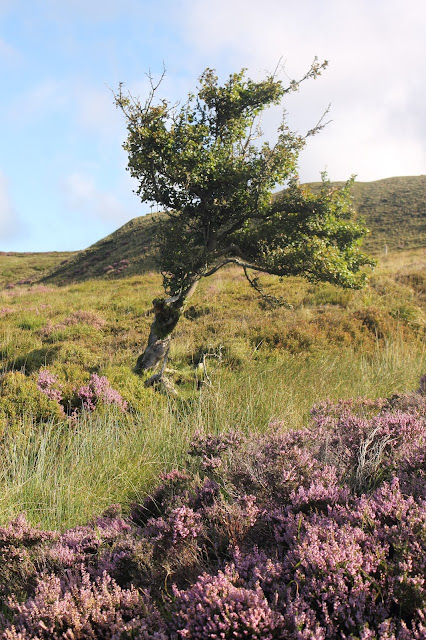 Posted by Valley Naturalist at 07:05