A touch of nostalgia 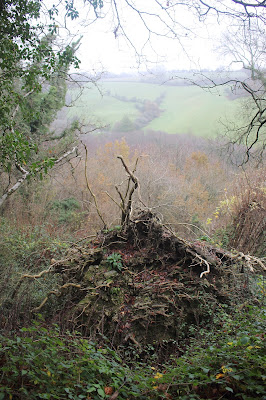 A few weeks back I indulged in a tiny bit of personal nostalgia. This goes back to the days of weekend bird ringing sessions with Percy Playford and Tom (Gordon) Boyland on the edge of Llandegfedd Reservoir in Cwmbrwch Wood. Sadly neither Percy or Gordon are with us.
I had my first trainee ringing licence as a teenager in the late 1970's, when most of my activities centred on the ringing of pied flycatchers in the half a dozen or so nest box colonies established by Percy. In the early 1980's we moved to set up a ringing station on the southern edge of Llandgedfedd Reservoir. Here on weekends outside of the breeding season we ran regular mist netting seasons in the comfort of a former fisherman's hut donated by Welsh Water. After many years of enjoyable Saturday sessions Percy became ill and our ringing ceased. Following Percy's death Welsh Water moved the ringing station to the north end so a new 'A' ringer could carry on the work. Disappointingly, this was short lived and the hut fell into disrepair and eventually collapsed beyond salvage. 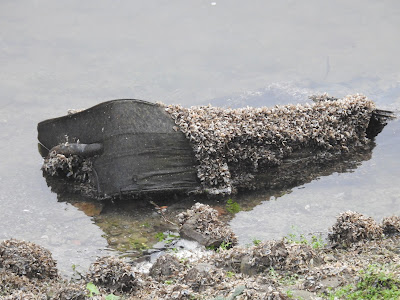 Starting from the reservoir's dam the water level was sufficiently low enough to reveal a discarded suitcase encrusted with the non-native zebra mussel. I wonder what's inside! The footpath through Cwmbrwch wood is sign posted from the dam and is well worn initially but becomes challenging before it emerges into Sor Brook picnic area. Part way through a fallen tree provides a gap just enough to view the location of our former ringing station. Here too, someone has cut the thick stem of an ivy covered tree presumably thinking that it is detrimental to the trees wellbeing. 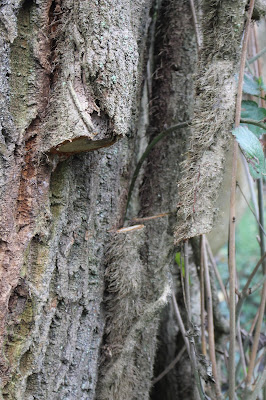 Emerging into the open grassland of Sor Brook picnic area a couple of raven called loudly from the top of some nearby conifer trees. Turning over some drift wood at the edge of the brook revealed a small European eel. Going back to my ringing days I remember this watercourse holding a significant population of elvers, so it was great to see they are still present. 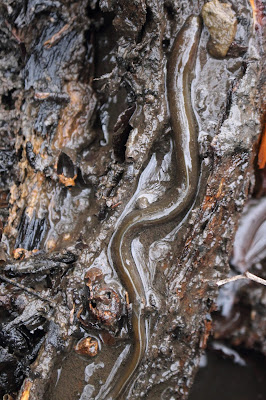 Posted by Valley Naturalist at 08:48