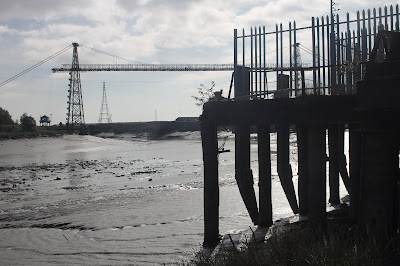 True naturalists are inquisitive, looking for nature where others don't or won't. Searching for nature in the most unlikely locations is the modus operandi of those who's aim is to broaden our knowledge of species distribution in order to inform conservation priorities. I am no exception, I struggle with some nature hotspots such as the Newport Wetlands where comfy conditions and many eyes remind me of 'shooting fish in a barrel'. I find this model of nature study to be akin to a reduced sized Mars Bar, wholly unsatisfying, so I avoid. I am a lone wolf naturalist! 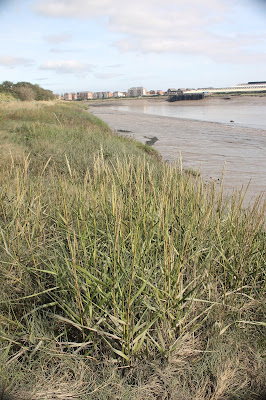 Last weekend I went on the prowl along the saltmarsh on the margins of the River Usk near to the Newport Transporter Bridge. Walking from an access point close to Newport Van Sales I followed the saltmarsh at low tide towards City Bridge, sniffing out nature on the way. I was hoping to find a new niche location for gull watching but, although all common species were present numbers were low. At low tide the river reveals an indicator of people's opinion of it. A muddy settlement of hundreds of tyres has created a reef that in turn has trapped tree trunks, 45 gallon oil drums, parts of cars and shopping trolleys that will have been deposited into the river, not by chance, but by design. A single curlew briefly alighted, before continuing under the transporter bridge and out of sight. 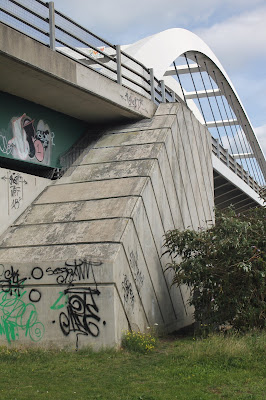 I am unfamiliar with the wildlife of saltmarsh. Needless to say that the trusty bat detector picked up more long-winged conehead and field grasshoppers were widespread on the dry upper reaches of the marsh. Plant wise sea aster was common along with lyme grass. Sandhoppers were also numerous under discarded material. 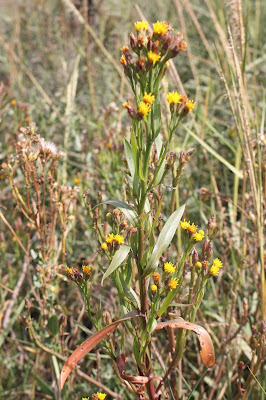 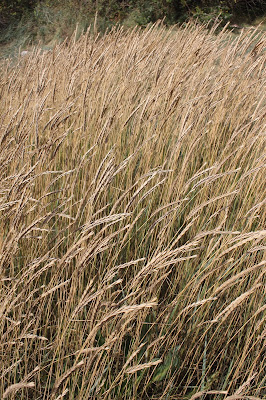 Posted by Valley Naturalist at 08:45