After a fallow period 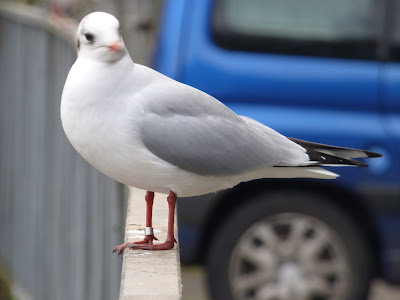 A series of regular autumn visits to the River Usk in Newport Town Centre has produced next to nothing in terms of rarer gulls and birds carrying rings. In fact the numbers of larger gulls has been disappointingly low. This week has seen a bit of a turnaround in ring reading fortunes with a British ringed black-headed gull from Tintern and a couple of Canada goose from Cwmbran Boating Lake.

As is often the case with Canada geese the two birds at the boating lake were very confiding, following anyone who with a packed lunch. Although one bird had its ring on upside down - something I know ringers are keen to avoid -  I suspect both birds were ringed at Llangorse Lake. I will report all three birds to the BTO as soon as I can and report any interesting information here or on my @valleynature Twitter feed. 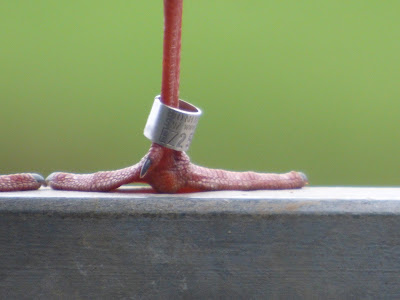 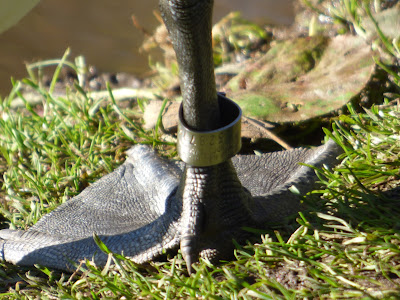 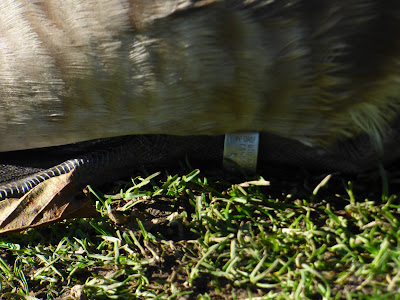 Posted by Valley Naturalist at 08:53